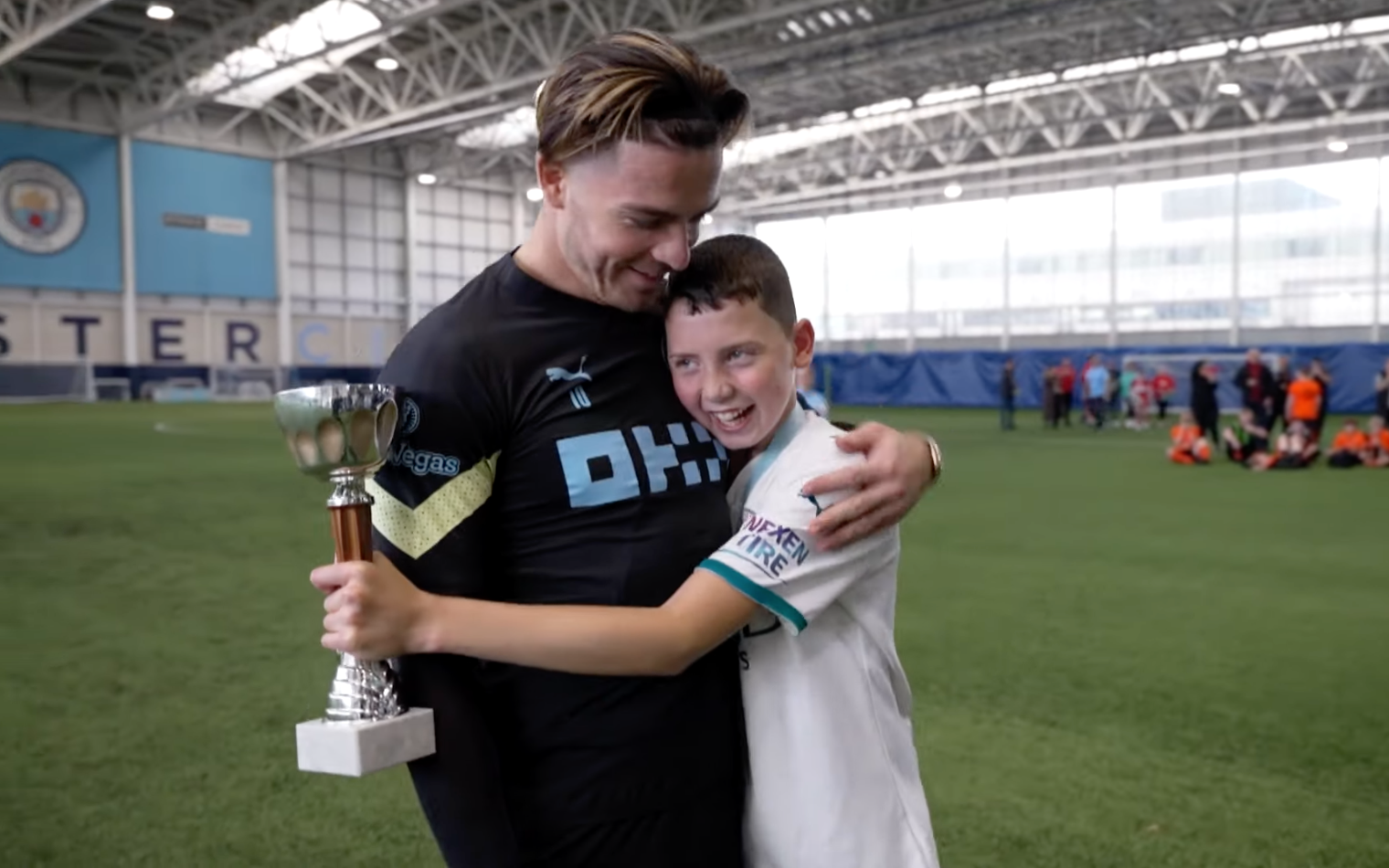 Very few of us are lucky enough to meet our heroes, but for anyone fortunate enough to catch a glimpse of, say, their favourite footballer, it’s a special moment that you never forget.

That was certainly the case for young Manchester City and Jack Grealish superfan, Finlay, who was surprised by his sporting hero at a recent Premier League ‘Fan Mail’ event.

After having received a heartfelt letter from the 11-year-old, Grealish decided that he had to reach out and meet this young man in person.

The 27-year-old England international organised to turn up at City Football Academy’s disability sessions on Monday night and surprise him. Just look at his face.

As ‘Super Jack’ goes on to explain as he reads out the letter, the young boy felt a special connection to the midfielder after he discovered he shared a disability with Grealish’s sister, as both she and Finlay have cerebral palsy.

Writing in his letter, Finlay said: “I love the way you are really good with your sister, you really get it. You always have her there with you and you looked really proud”.

The former Aston Villa man goes on to detail how his now 19-year-old sister Holly was born three months premature and was diagnosed with cerebral palsy shortly after.

Back then, his family was told she wouldn’t be able to talk or walk but is now leading a happy life.

Finlay goes on to say, “I wish there were more people in the world just like you who see people with disabilities the same as everyone else”.

He also explains how being unable to move or think as quickly as everyone else on the pitch and getting picked often leaves him upset and sometimes his frustration ends up getting him into trouble.

City’s no. 10 not only writes back to him, reminding him to always “play with a smile on your face”, but also sends him a signed shirt with his name printed on it before.

But that wasn’t enough for Grealish; as well as meeting Finlay in person, he also promised to dedicate his celebration to him the next time he scores.

So, if you see him doing a random dance the next time he plays and scores for the Blues, that’s why.