Mancunians have always been on top of the trends, even since the 50s.

Manchester has been at the height of style for decades. And the city’s young generation has often been leading the way.

Manchester Metropolitan University’s annual fashion show has functioned as the perfect platform for Manc students to rep the leading trends since the 1950s – as well as pioneering some iconic styles of their own.

The city’s fashion scene has evolved considerably over the past 60 years – and with the help of MMU’s runway archives, we’re taking a trip down memory lane to explore how style has moved with the times.

The elegant, lady-like dress pictured above was a key style for women throughout the country in the late 50s – and Mancunians were equally eager to embrace it.

It features a trendy nipped-in waist and full skirt paired with matching feminine accessories to create a truly glamorous garment.

We only wish that it was still acceptable to get dolled up in this kind of glamour these days!

From the eye-catching floral print to the unique cape detail, this flowery dress (above) would still feel at home in the likes of Retro Rehab despite being 60-years-old.

The full-length maxi skirt only came back into fashion around the late 60s as the ‘hippie’ movement emerged, but it’s no surprise that Mancunians were ahead of the curve with this style.

This outfit above serves as a reminder of the popularity of a-line dresses and skirt suits in the 50s and 60s, as well as the importance of matching accessories.

Rather than the typical pinafore or mini skirt of the decade, this dress transitions into a well-concealed trouser suited for the city’s dedicated working women. Because practicality shouldn’t hinder fashion, right?

MMU students also returned to the maxi style in 1966 ready for the emergence of this trend nationwide, although in the image above it is adorned with a very 60s flower-power mod print.

This is an eye-catching take on the current trend, and is another retro dress that we could definitely see Mancunians rocking today from a brand like Grey Milk.

The 70s saw bold colours and patterns take centre stage when it came to fashion, so obviously Mancunians were quick to follow suit.

This flashy polka dot outfit (above) from 1972 perfectly fits the disco and nightclub scene that dominated this era, as well as the figure-hugging fit making an appearance before it became a mainstream style.

This striped top pictured above from 1976 is another example of the glitz and glamour ready for the dancefloor in the 70s, complete with a flouncy skirt.

This was also an era of working handmade methods like crochet and embroidery into high-end garments – with the fabulous fruit print top being no different.

The 80s was a decade defined by its power dressing – but the Manchester students pictured here substituted blazers and shoulder padding for a loud print and vinyl jacket that meant business.

While the rest of the country started the decade in preppy outfits inspired by the likes of Ralph Lauren and the typical American boarding school look, Mancunians apparently weren’t afraid to try something different.

The dominant trend of the 80s was ‘bigger is better’, with brightly-coloured and coordinated looks screaming for attention.

Although PVC really came in style for young people in the 90s, Manchester was one step ahead of this look and not afraid to boast it!

While MMU’s students were eager to stray from the typical styles at this time, they also provided some iconic looks that couldn’t better summarise the 80s.

From the big hair to the influences from the 80s sportswear and fitness craze, it’s clear that Manchester had cracked the style of this decade.

The popularity of bright florals in the late 80s is on show in 1989 – although the quirky addition of fresh flowers on the floppy hat is an artistic touch from Manchester’s students.

The 90s generally saw a shift away from the larger-than-life styles that were popular in the 80s to more casual streetwear, but it’s clear that some Mancunians weren’t ready to ditch the bright colours just yet.

The sportswear influences of the 80s are also continued with these biker shorts and leggings, although we’re not quite sure that Manchester’s rainy weather would approve.

The rise of grunge fashion was also well underway in the 90s, with musical movements helping to put this trend on the map.

MMU students can be seen here pairing dainty mini skirts with chunky leather boots and stud details to provide a fresh new take on the style that was sweeping the country at the time.

While the noughties provided a variety of iconic new styles, leggings under dresses was a trend that we all remember (and miss the warmth that it gave us) – as seen above with this bold red pair.

Tunic dresses were another firm favourite of the decade that Manchester students were quick to get on board with.

This patchwork halter neck maxi dress from 2007 proves that Manchester students were still up-to-date with the top trends, even if our rainy weather couldn’t quite allow summer dresses like this to be worn outside the house.

You can view the MMU’s fashion archives online.

All images from the Manchester School of Art Slide Library at Manchester Metropolitan University Special Collections. 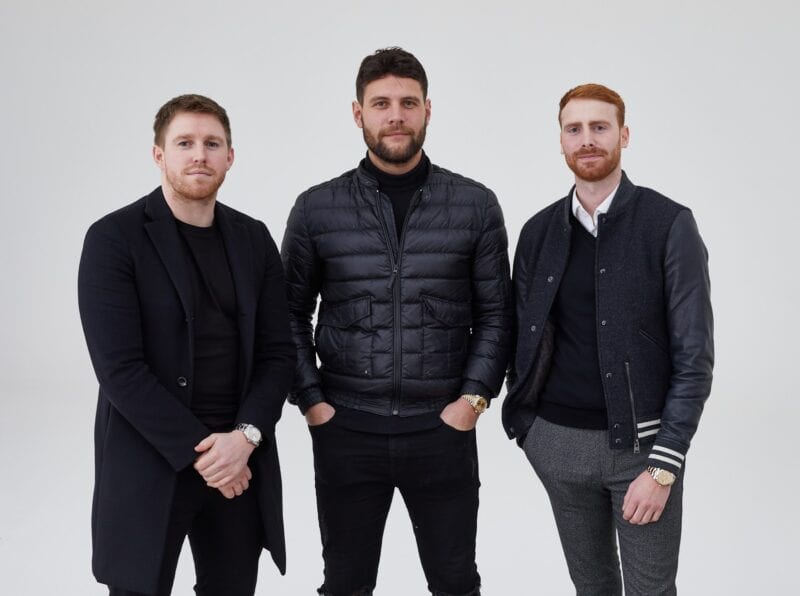 Jameson Carter: The Manc streetwear brand that kept its cool in a pandemic

Not even a pandemic could slow down Jameson Carter. This Manc streetwear brand has flourished more than any other local clothing line in recent history.
byThe Manc

What started out as a range of lockdown hats is being turned into the £1m clothing brand of the city’s underground music scene.
byThe Manc 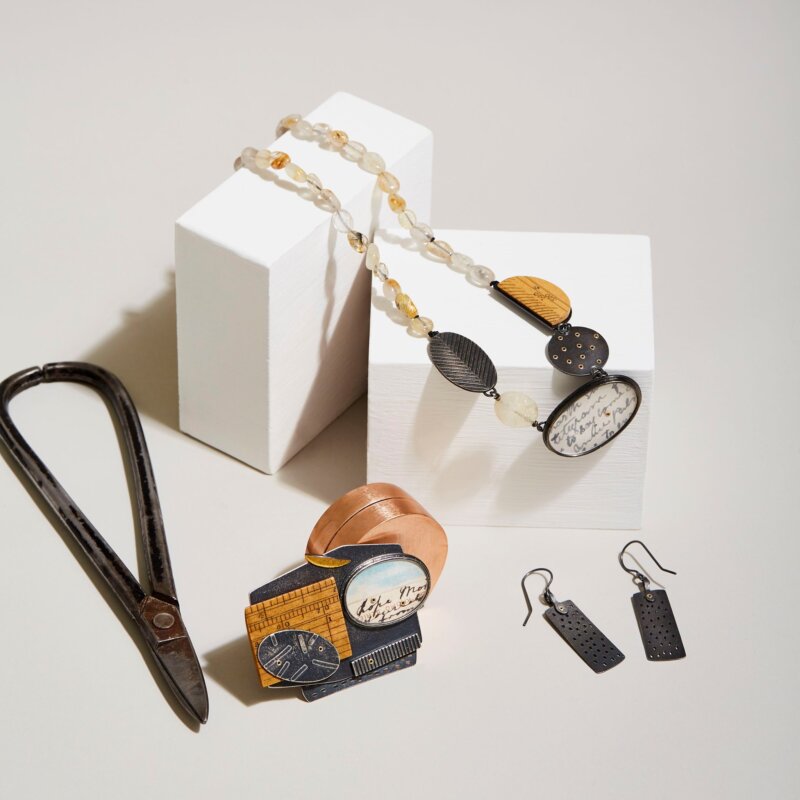 The Manchester Craft and Design Centre is reopening its doors every Friday and Saturday throughout August - othe perfect opportunity to support some local makers whilst also having a great day out in Manchester.
byDaisy Bradbury 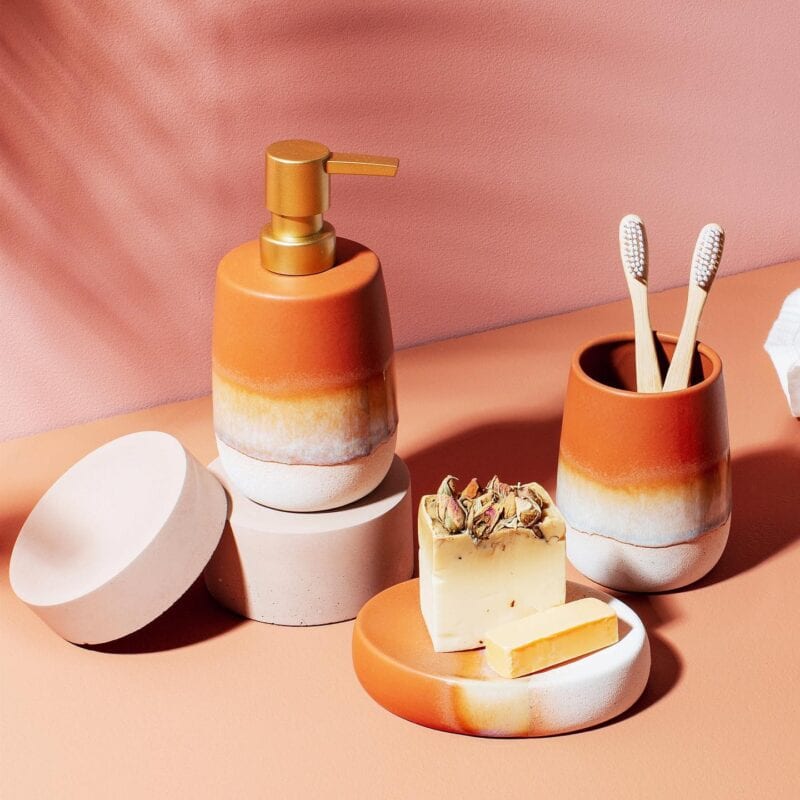 After both losing their hospitality jobs due to Manchester's Tier 3 measures, Ben and Jamie jumped headfirst into launching their cosy and creative homeware brand: Benji's.
byDaisy Bradbury