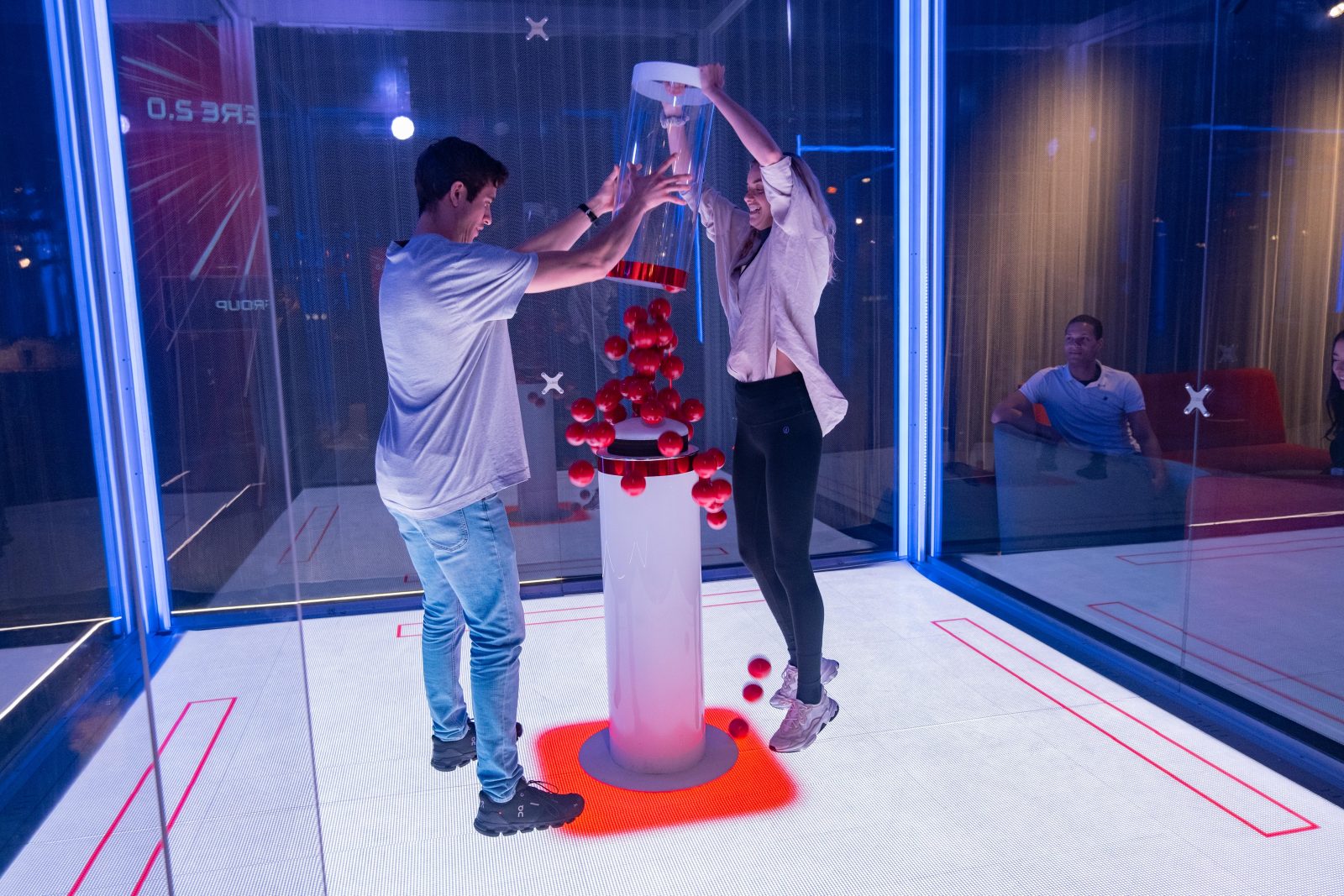 A massive new attraction is opening in Manchester next week, giving visitors the chance to take on The Cube.

Urban Playground has taken over a row of units that once housed Arcadia shops Burton, Miss Selfridge, Evans and Dorothy Perkins.

Inside, there’s also a high-tech mini golf experience and the first UK branch of burger restaurant The Butcher.

Spread over two floors and spanning 4,000 sq metres, the first Urban Playground site is set to open on 10 February.

ITV’s The Cube will be brought to life at Urban Playground, with teams of four taking on deceptively simple tasks inside the high-pressure confines of the familiar perspex box.

There are seven games to try, like taking on obstacles blindfolded and collecting balls in a set time window.

Urban Playground is also home to Putters, a mini golf experience made up of three themed nine-hole challenges, where screens and animations bring every hole to life.

Putters can be played in groups of up to six, with tickets priced between £7 and £20.

The Butcher, which has a number of high-end restaurants in The Netherlands, Germany and Ibiza, will be serving top-quality burgers.

Mellors Group, which is behind Urban Playground, is also responsible for some of the biggest theme parts and attractions in the world.

Edward Mellors, director of Urban Playground, said: “Mellors Group are thrilled to launch Urban Playground at Manchester Arndale. The Cube Live is the first of its kind along with a state-of-the-art Tech-Infused Putters mini golf and food franchise, The Butcher.

“We hope this is the first of many Urban Playground attractions to be produced across the UK and cannot wait for doors to open to the public for the very first time.”

Holly Pye, commercial director at Objective Media Group, said: “We are very excited that The Cube is joining Urban Playground. At last members of the public will get the opportunity to play these iconic games for themselves and get a taste of the adrenaline that has had viewers hooked for over 11 series.”

“Urban Playground is a truly exciting, high-profile use with a unique experiential offer and a key addition to the centre’s leisure provision.

“Experiential attractions are rapidly becoming key features of UK shopping destinations and are helping to draw in more visitors from a broader catchment tempted by a multi-purpose visit.

“This, in turn, attracts other occupiers enhancing the centre’s appeal and vibrancy. Urban Playground will be a huge asset to Manchester Arndale, reinforcing the centre’s position as one of the premier shopping destinations in the north west.”

Tickets are on sale now at urbanplayground.co.uk/book-tickets. 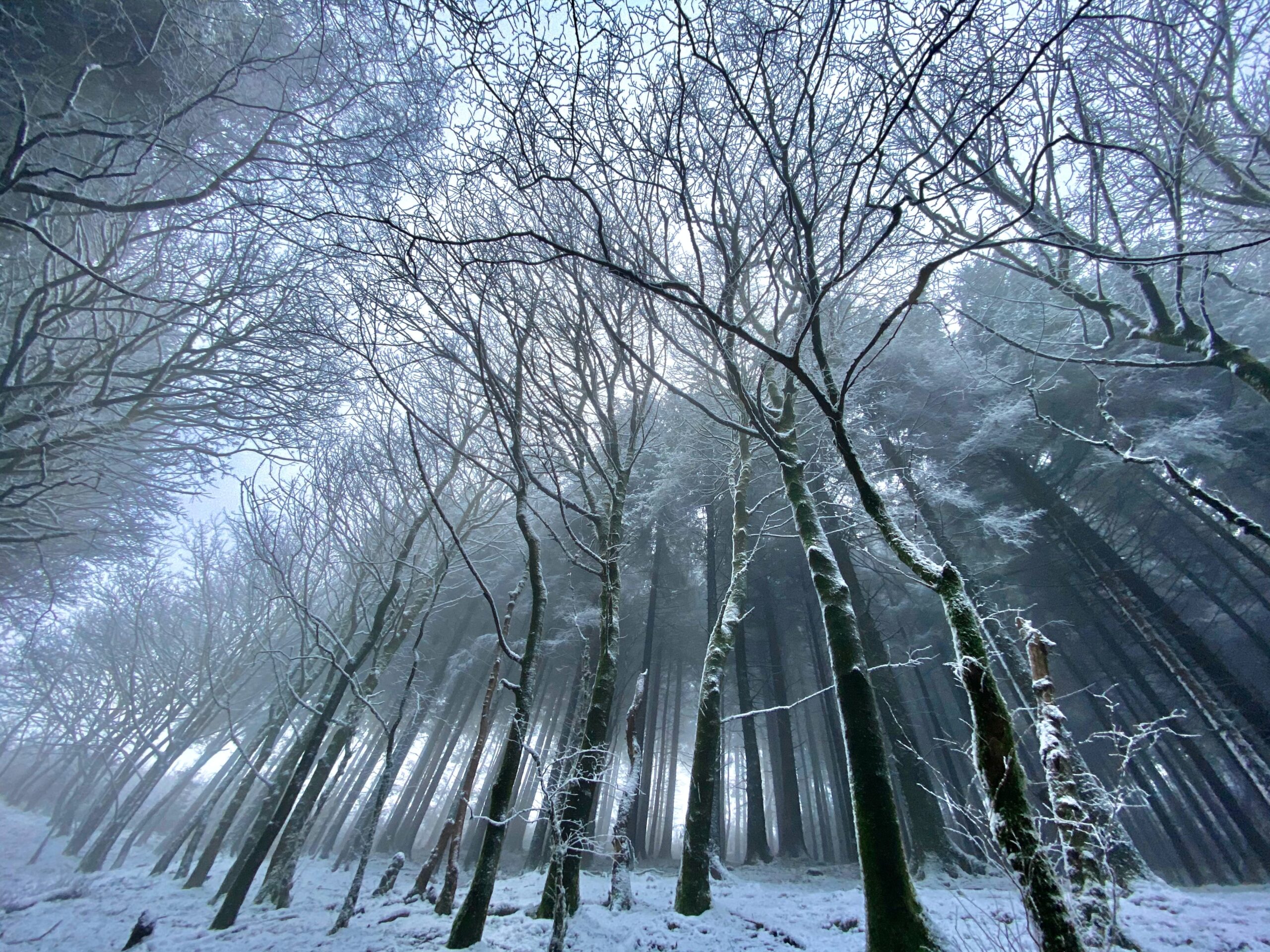 It is absolutely baltic out there – but also pretty beautiful, and we’ve found you a winter walk that looks better than ever at this time of year.

The weather in the UK has well and truly turned wintery, with temperatures barely creeping above freezing all week.

That comes with a lot of bad bits, like being really bloody cold all the time, having to scrape the car every time you use it, and energy bills going through the roof if you want to put your heating on for five seconds.

But also, when you stop and look around, brilliant blue skies, frost-tipped landscapes, perfect sunsets and crunchy leaves.

This sort of super-cold, super-crisp weather is actually perfect for a big walk, so we say let’s all get wrapped up warm and head on out to the beautiful countryside around our home city.

One of the most stunning sites in the north west is just across the border into Cheshire. We are of course talking about Macclesfield Forest.

Here, huge conifers dominate the landscape like giant Christmas trees – it’s about as close to an alpine wonderland you can get without travelling all the way to actual mountains.

When it snows, the whole forest is muffled. The only sounds you’ll hear is the soft thump of snow falling off the branches.

And if you don’t fancy killing an entire afternoon wandering through the woodland, there are also two reservoirs – Trentabank and Ridgegate to explore.

There are a number of walking trails to follow, from a gently green route all the way to a more challenging red route that takes you deeper into the forest.

If you brave the uphill climbs, you’ll be rewarded with beautiful views over the Cat and Fiddle Moors and the Cheshire Plains.

And then you can defrost from your walk in the cosy Leather’s Smithy pub, which dates back to the 18th century and serves proper pub grub and real ales.

You can find a full trail through AllTrails here. 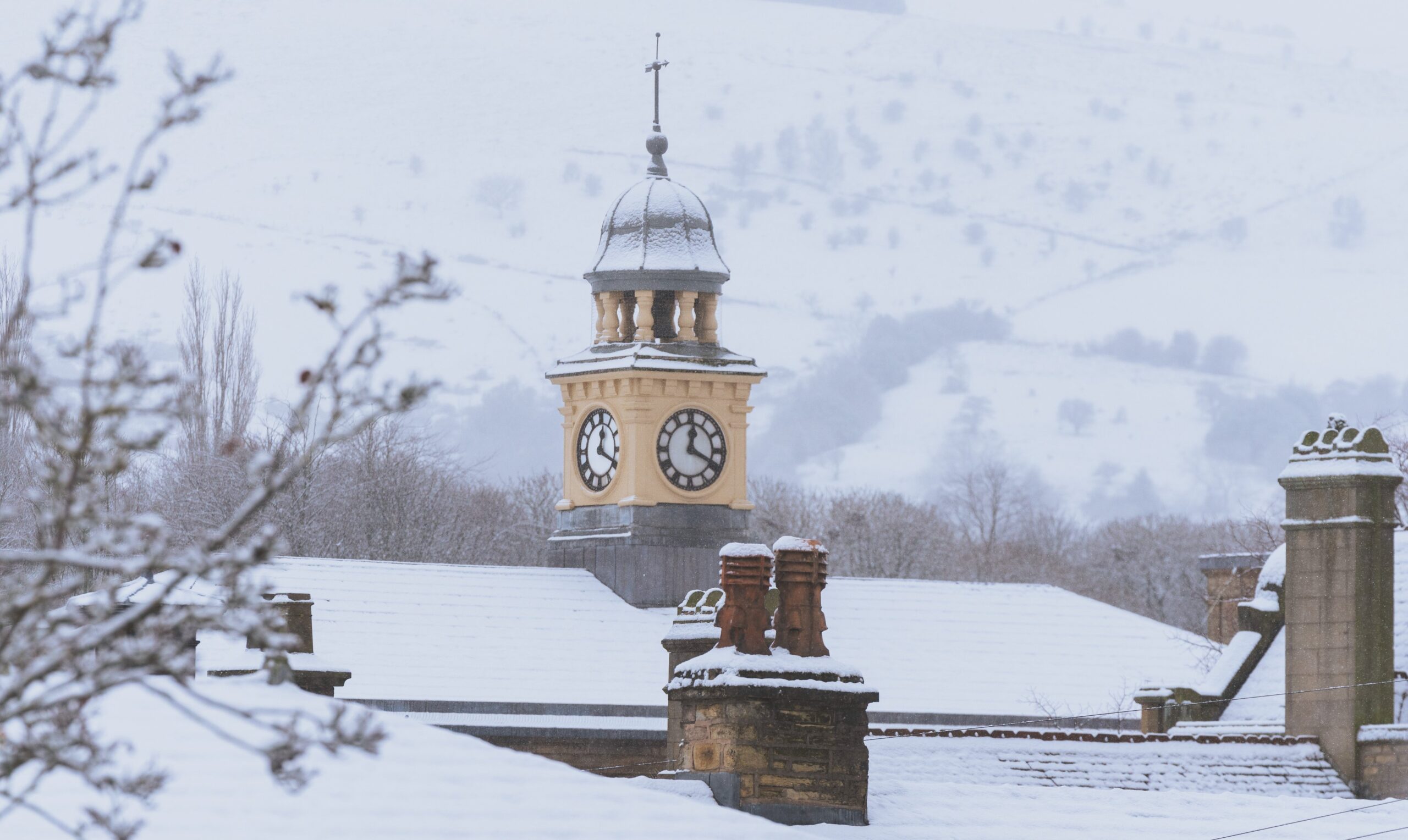