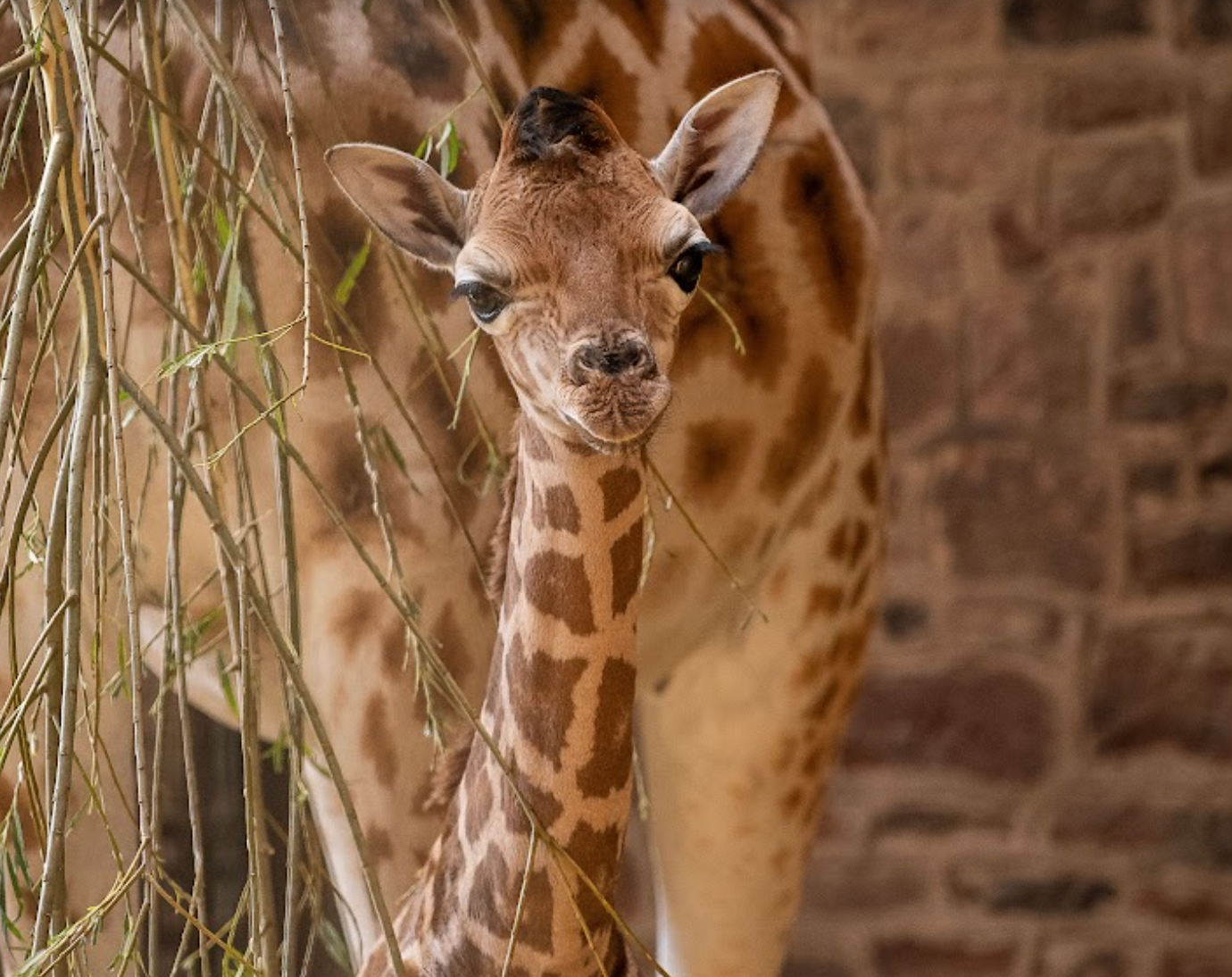 Cameras and Chester Zoo have captured the moment a rare baby giraffe made its entrance into the world this past weekend.

And it’s fair to say, he certainly burst onto the scene.

In a birth that’s unlike many others and appeared to shock the surrounding long-legged residents, Chester Zoo has shared a video of the adorable new giraffe calf falling more than 6ft onto a bed of soft straw as he arrived into the world, after 14-year-old mum, Orla, gave birth last Saturday at 2:57am – which brought to an end to a 15 month-long (473 day) pregnancy

The incredible CCTV footage also shows the moment the newborn stands up and takes his very first steps and enjoys his first feed – a moment zookeepers say is “vitally important” for the bond between mum and baby.

Chester Zoo’s giraffe team manager Sarah Roffe explained that, while it may sound unusual, this 6ft-high fall is “a really important part of the birthing process” for giraffes, as it’s what helps to break the umbilical cord and stimulate the calf to take its very first breath.

“While tiny in comparison to mum Orla, her new arrival was born already towering above us at 6ft tall and weighing a hefty 72kg,” Sarah added.

She continued: “Following the dramatic birth, it’s vitally important that the calf gets to its feet quickly and ventures over to mum for its first feed, as it’s these precious early moments that help to cement that special bond between the two of them – and that’s exactly what occurred between Orla and her baby only minutes after his birth.

“It’s early days, but so far the calf is looking strong, healthy and very content, which is brilliant to see.”

Keepers at the UK’s biggest charity zoo have named the new male giraffe calf Stanley after Mount Stanley, which is the tallest mountain in Uganda in Africa.

Uganda is where the zoo’s conservationists are fighting to boost giraffe numbers.

Right across Africa, giraffes are listed as vulnerable to extinction by the International Union for the Conservation of Nature (IUCN) – which is the world’s authority on the state of the natural world – and although Rothschild’s giraffe numbers are now increasing due to conservation efforts, fewer than 2,500 remain in East Africa.

Read more: Chester Zoo to stay open after hours so you can see the nocturnal animals

As their habitats have been lost to make way for mining, urban development, or agricultural farming, as well as poaching for their skin, tails, or meat, Rothschild’s giraffes are now considered one of Africa’s most at-risk mammals.

However, Chester Zoo says that in some parts of Uganda – where the zoo and its partners are actively working – numbers are steadily on the rise, and it’s thanks to decades of conservation efforts.

“Having a healthy new calf on the ground here at the zoo is therefore fantastic news for the threatened species breeding programme that’s boosting numbers in conservation zoos like ours,” added Mike Jordan – Director of Animals and Plants at Chester Zoo.

“In tandem with the breeding programme, our team of giraffe experts have been helping our long term partners… to protect, monitor and, in some cases, translocate giraffes from one area of Uganda to another.

Read more: Rare ‘handsome’ tiger arrives at Chester Zoo to save his species

Just over two decades ago the number of giraffes in Kidepo Valley National Park was in single digits, but with these conservation efforts it’s now a protected reserve that’s home to more than 70 adult Rothschild’s giraffes, with calves being born year on year.

“This is just one of the many successful conservation stories that our charity zoo is proud to be part of and really shows that there are good people out there fighting to save species from extinction.”