A local MP has hit out at "disrespectful" fly tippers taking advantage of the heritage site. 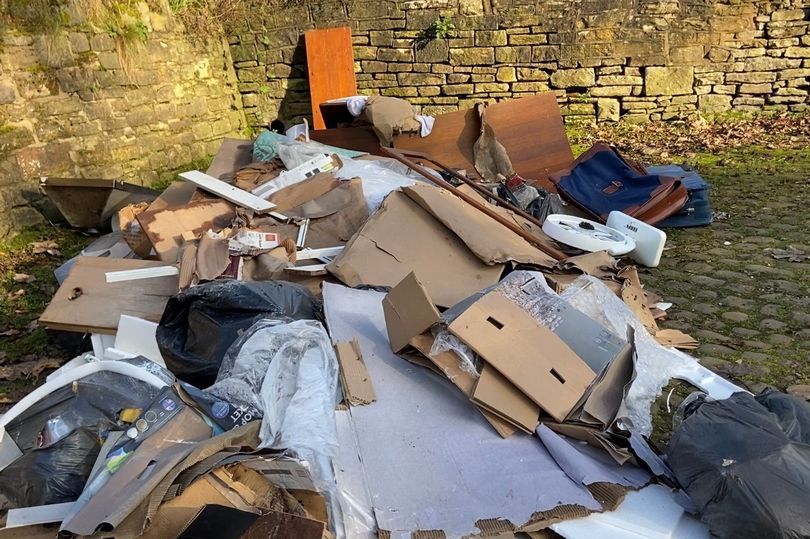 A local MP has hit out at “disrespectful” fly tippers after the grounds of a historic Grade I listed museum in Bolton has sadly become a hotspot for dumping rubbish.

Mark Logan – Conservative MP for Bolton North East – took to social media to highlight the mess left outside Hall i’ th’ Wood Museum and footage posted by Mr Logan showed a pile of rubbish – including cardboard, bin bags and even a suitcase – strewn outside the 16th century manor house.

He described the mess left behind as “simply disgusting”.

Hall i’ th’ Wood is famous for being the site where Samuel Crompton invented the spinning mule, which went on to become one of the most significant spinning machines used by the textile industry.

Condemning the “disrespectful” acts of fly-tipping, Mr Logan said: “It is an utter disgrace that rubbish has been dumped right outside one of Bolton’s most iconic heritage buildings. I have received various correspondence reporting fly tipping and rubbish being dumped across Bolton North East.

“Clearly more needs to be done to stop this.

“Please continue to report fly tipping as we need to protect our heritage, and culprits could face a £400 fixed penalty notice or unlimited fine.”

Bolton Council has since removed the rubbish and says it is taking action against those responsible.

Cllr Hilary Fairclough – Executive Cabinet Member for Regulatory Services at Bolton Council – said: “We were made aware of recent flytipping at Hall I’ Th’ Wood on Friday and our team was quick to clear the rubbish away. It’s sad to see this kind of damage to our local environment anywhere in our borough, but it’s even more distressing to hear flytippers have been dumping waste at such a treasured local landmark.

“Unfortunately, there have been a number of instances of flytipping at Hall I’ Th’ Wood in recent months.

“As well as quickly removing this waste we will take all the necessary steps to find out who is responsible and prosecute where necessary.

“In this instance, we have been passed information from local residents as well recovering evidence from the waste itself [and] action is now being taken.

“There’s a big issue at the moment with people advertising on social media to take away waste for cash.

“Please be careful using these services to dispose of any domestic rubbish – check first if people have a waste carrier’s license and crucially ask to see it before you part with any money.

“If possible please use the council’s household waste recycling centres instead to get rid of your waste.”