Here are the supermarkets currently hiring in Greater Manchester

Plenty of supermarket retailers are currently looking to expand their teams across Greater Manchester. 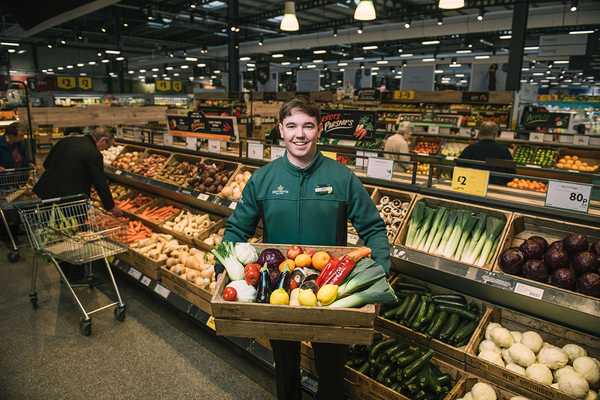 We have truly been indebted to our key workers over these past few months and those who work around the clock at our local supermarkets are right at the forefront of that.

Where would we be without them?

If you’re looking for a change of career, keen on exploring a new direction, or just fancy lending a hand to your wider community at a time when it’s most needed, then there are plenty of leading supermarket retailers that are currently looking to expand their teams across Greater Manchester and we’ve rounded up all the roles with applications that open to the public.

Here are all the supermarkets that currently hiring throughout Greater Manchester right now.

Tesco currently employs of 450,000 people throughout the UK.

There’s a number of Customer Assistant roles of all levels that currently open for applications at Tesco branches across Greater Manchester.

Stores in Manchester, Streford, Urmston and Bolton are looking for Customer Service Assistants and Personal Shoppers, Delivery Driver and Night Shift Assistants are also needed in Oldham, and a HVAC Engineer role is also currently open for experienced applicants in central Manchester too that offers a competitive salary and great employee benefits.

You can browse the roles available, read job descriptions and submit your applications via the Tesco Careers website here.

Morrisons is currently looking for people in Greater Manchester to join its 110,000+ strong team across the UK.

Roles are available for both part time and temporary working hours.

Further out into the borough, stores in Bolton and Stockport are also hiring for Customer Assistant roles and there’s even an opening for a Skilled Butcher role in the Bolton town centre branch too that requires applicants who “thrive in a busy environment and are able to communicate your enthusiasm”.

You can browse the roles available, read job descriptions and submit your applications via the Morrisons Jobs website here.

Iceland is an employer that has been consistently demonstrating its strengths throughout lockdown and currently employs more than 22,000 people across the UK.

There are a wide-ranging number of roles suitable for all levels that are currently open for applications in stores throughout Greater Manchester, including Supervisors, Retail Assistants, Home Delivery Drivers and Cleaners.

Competitive salaries and hourly rates are on offer.

You can browse the roles available, read job descriptions and submit your applications via the Iceland Careers website here.

Multi award-winning employer Aldi is currently recruiting for a varied number of roles in stores across Greater Manchester and there’s some really competitive hourly rates on offer.

Store Assistant roles are always in high demand and can see successful applicants earning up to £10.41 per hour depending on experience. The Manchester Arndale, Ancoats and Fallowfield branches are just some of the sites looking for new caretakers, while Ancoats, Clayton, Arndale and Didsbury are among others looking for Assistant Store Managers, with a starting salary of £32,345 pro-rata.

You can browse the roles available, read job descriptions and submit your applications via the Aldi UK Recruitment website here.

If you’re looking for more specialised roles as well as in-store roles, then Co-op is a retailer with its headquarters based right here in Manchester city centre.

The role of CEO – based in Manchester with a salary of £75,000 – £90,000 +benefits (including company car) – is even currently open to publicly apply for, but this is of course tailored toward highly-experienced applicants.

You can browse the roles available, read job descriptions and submit your applications via the Co-op Jobs website here.

Although there are a limited amount of vacancies currently available across Greater Manchester at ASDA, Sainsbury’s, Lidl and Marks and Spencer, this is not likely to be the case for long as each retailer is always looking to expand their team in the region.

Hopeful applicants are advised to set up job alerts for each retailer and continue to check back to see when new roles are posted live.

You can browse roles available at ASDA here.

Find out what positions Lidl are currently accepting applications for here.