Iceland is really "going the whole hog" when it comes to ready meals this Christmas. 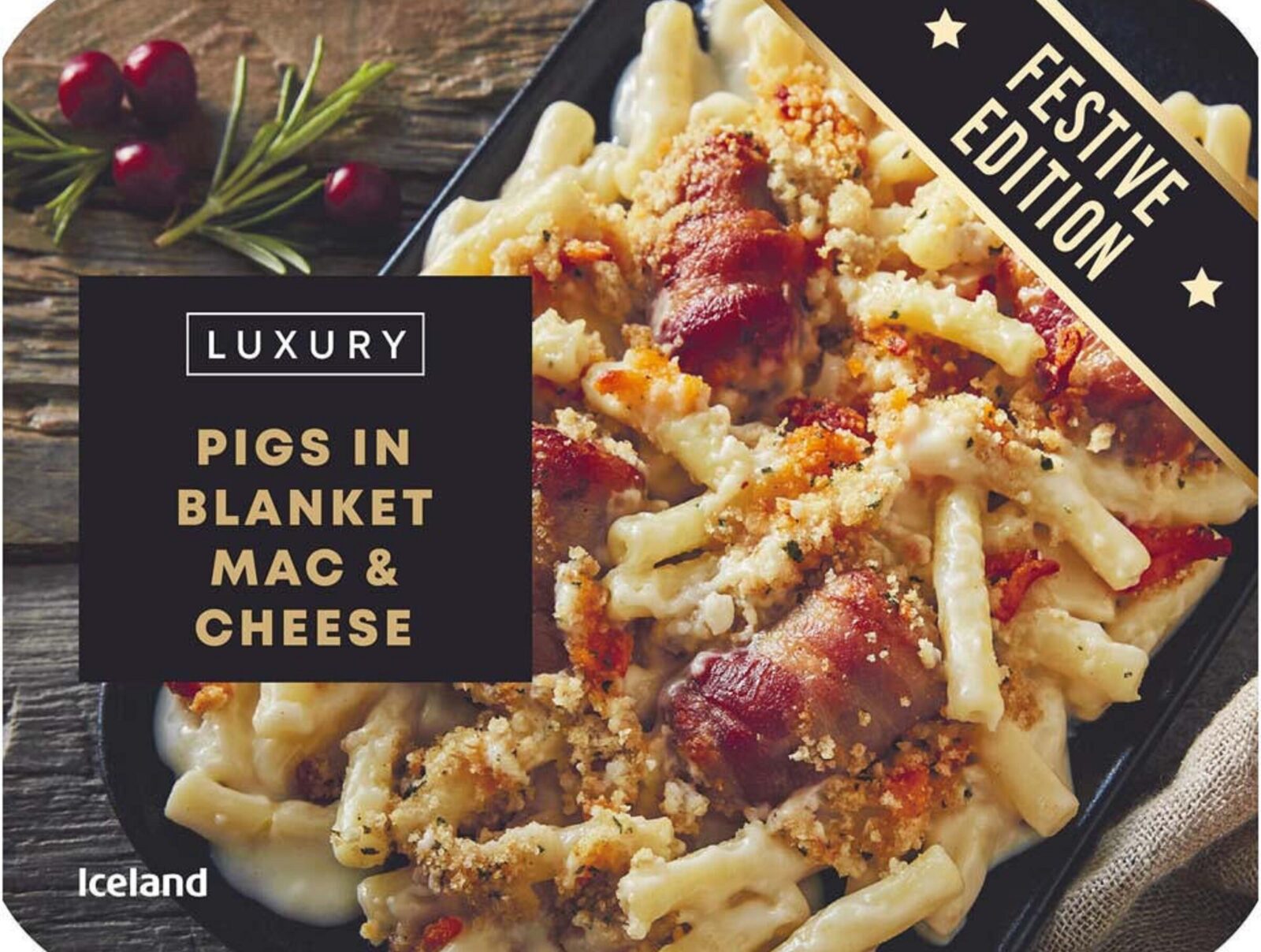 Icleand has announced the launch of two new luxury items to its festive food menu for 2020 and they’re perfect as the winter nights start to draw in.

The frozen foods supermarket chain really is “going the whole hog” this year when it comes to ready meals.

One of the standouts of the festive offering this year sees Iceland put a twist on everyone’s favourite Christmas classic with a brand new Luxury Pigs in Blanket Mac & Cheese. The delicious porky treat – which is retailing for £2.99 for a 400g portion – combines pigs in blankets with the supermarket’s award-winning Iceland Luxury Vintage Cheddar Mac ‘N’ Cheese for a “pigture perfect meal-for-one”.

It features savoury sausages wrapped in crispy smoked bacon and paired with Red Leicester cheese, parsley and crunchy breadcrumbs for the ultimate Christmas taste in a midweek meal, whether the tree is up or not.

If you’re after something a little different to feature on your festive table this year though, Iceland has also launched a hearty new Luxury Minted Lamb Shepherd’s Pie, which is available in stores and online now so shoppers up and down the country can prepare to get cosy on their sofas during cold wintery nights.

According to Iceland, this limited edition ready meal is “positively brimming with minced and sous-vide shredded lamb leg” making it “the most tender and luxurious meal-for-one this winter” and “a delicate combination of potatoes, carrots, swede and onion, smothered in a minted sauce and flavoured with parsley, rosemary and ground lovage” also makes it an absolute classic for all the family.

Iceland becomes one of the latest UK supermarket retailers to reveal its festive food offering this year ahead of the winter season, and these luxury feasts join other much-anticipated menus from ASDA, Aldi and more,

That’s not all though because Iceland is also currently offering its online shoppers the chance to purchase four of its luxury ready meals for just £10, and there’s plenty of meals included in the offer with one of the standouts being the highly-rated Luxury Chicken Makhani Masala (£2.69), which features seared tikka-marinated chicken breast pieces in a creamy tomato and butter sauce with a hint of honey.

If you are planning to head to your nearest Iceland to indulge in some of these festivities, then you are advised to always check the opening times of your local branch before making any trips in store.

You can do so via the Iceland store finder here.