FoodCycle is vital service providing food and conversation to thousands of people every week across the country. 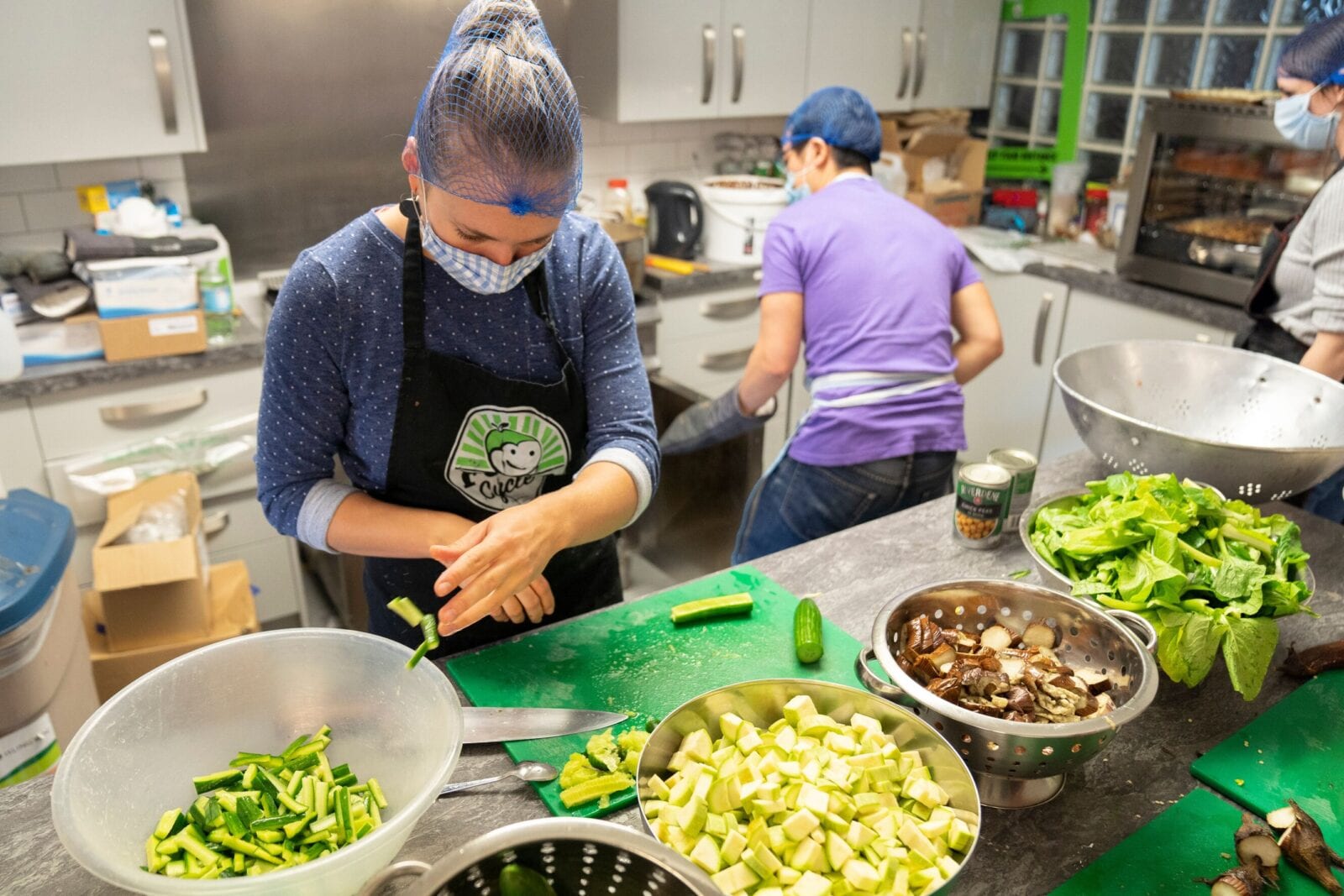 A Manchester-based charity aiming to “fight food poverty and loneliness” will continue to provide free takeaway meals to people in need in during lockdown.

And this week, it’s also launching a ‘Cook & Collect’ and takeaway service too.

FoodCycle – a national charity which, under normal circumstances, has volunteers who take surplus food and turn it into nutritious community meals, with the aim of reducing food waste, food poverty and tackling social isolation – found that during the ongoing coronavirus (COVID-19) pandemic, 68% of its guests across the country worry that they can’t afford to live and rely on FoodCycle’s weekly meals alone.

Research also showed that 80% of FoodCycle guests who attended with children said they have skipped meals this year because they could not afford or access food, and 75% also admitted that they experienced loneliness.

This is why – as vital service providing food and conversation to thousands of people every week across the country – FoodCycle projects can still legally operate and remain open.

As with other takeaway services, and with additional COVID-19 policies and procedures already in place, under the new regulations for England’s third national lockdown, FoodCycle can continue to provide much-needed food to local communities.

Speaking on the decision to keep services running, Mary McGrath MBE – CEO of FoodCycle says: “Our number one priority will always be the safety and welfare of our guests and volunteers and we will continue to work with our teams, volunteers and venues to maintain our high standards and keep everyone as safe as possible while delivering this vital service to vulnerable people across the country.”

Under the new national lockdown restrictions, FoodCycle guests can continue to collect nutritious food for themselves and their households, and those unable to visit their local FoodCycle project due to self-isolating or shielding can ask a friend, neighbour or family member to collect on their behalf legally under the “reasonable excuse” category.

Those who fall under the category of critically vulnerable, or have been told to shield can also access extra provision through NHS Responders as part of the Check-in and Chat service.

Created in April 2020 in reaction to the first national lockdown, Foodcycle’s Check-in and Chat service is also open and is helping to combat the rising issue of social isolation during the pandemic by having volunteers call guests for a weekly natter.

A FoodCycle guest who has made good use of the service said: “It makes me very happy that FoodCycle are still looking out for people and caring for the community during this time.”

FoodCycle Manchester is currently operating its new project from The Inspire Centre in Levenshulme, and is also due to launch its weekly ‘Cook & Collect’ service on 14th January from 7.30pm – 8.30pm too.

You can find more information from the FoodCycle website here.