One in six people - around 16% - are in support of moving the UK capital away from London. 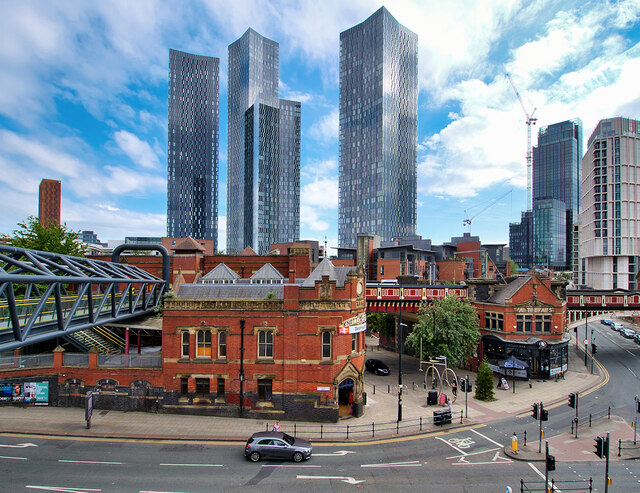 A new survey has revealed that Manchester is the top rated city to replace London as the capital of the UK.

Manchester has got a few new titles to its name in recent weeks, having been crowned the best UK city for retail and leisure in 2022, and just last week being named by The Economist as the 28th most liveable city in the world in the ‘Global Liveability Index 2022’ – being the highest-rated UK city on the list, and beating out big hitters like Barcelona, New York city, and our own country’s capital in the process.

But it looks like the titles just won’t stop coming for our city.

According to a YouGov poll conducted for Times Radio this week, one in six people – around 16% – are in support of moving the UK capital away from London, and among those who wanted a new capital city, more than half backed Manchester to take over.

From all the respondents who voted in the poll, even those who did not support changing the capital, Manchester beat out all the competition to take the top spot overall on the new rankings – with 25% of those polled picking the city, followed by 19% for Birmingham, and 17% for Edinburgh.

Out of those people polled who supported the idea of a new UK capital, an impressive 55% of respondents voted for Manchester.

The survey comes after a think-tank just yesterday said Greater Manchester would need “tens of billions of pounds of investment”, as well as more graduates working in the region and significantly more employment opportunities in order to level it up.

It also comes as Lisa Nandy, Labour MP for Wigan, discussed this ongoing levelling up debate with The Times.

When asked about moving the prospect of moving the capital city away from London, Nandy comically said: “Just not Wigan is my plea. I don’t want a load of lords in ermine and a load of MPs sitting in my local pub.”

She also discussed the idea that reopening popular nightclubs may help struggling towns, adding that Wigan particularly misses its old northern soul past.

Nandy continued: “Every single town has lost a nightclub that they feel very strongly about, that was part of our history and our heritage.

Read more: Manchester has been crowned the best UK city for retail and leisure in 2022

“Live music venues that used to sustain bands like the Verve who come from Wigan, who could gig and play around Wigan, not just have to travel into Manchester to do it, those things have disappeared in the last couple of decades.

“So there is a serious point behind this.

“Because as well as providing those opportunities for young people from every part of the country and the culture and the history and the identity that goes with it, it means that we’re reflected in the national story.”