61-year-old Jane Eccles from Cumbria has raised over £1,500 and counting for Carer Support South Lakes. 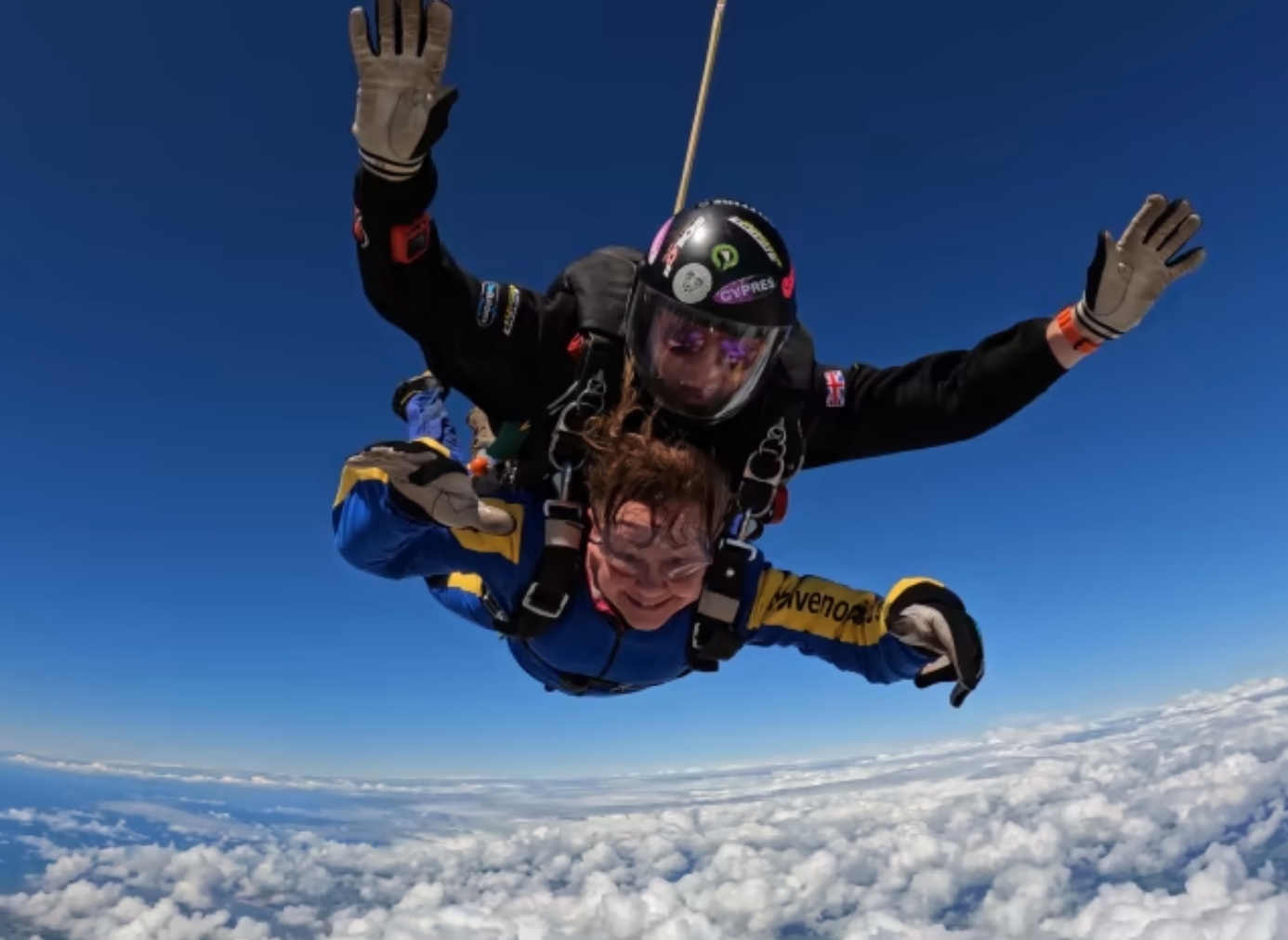 A daredevil Northern nan has raised over £1,500 and counting for a local charity after completing a 15,00ft skydive.

To mark 30 years since the start of the Carer Support South Lakes charity, and to raise some worthy funds for the Kendal-based organisation in the process, 61-year-old Jane Eccles from Flookburgh in Cumbria successfully completed her first-ever skydive by leaping from a whopping 15,000 feet.

There’s no denying that free-falling at 120mph isn’t for everyone, but Jane proudly said the entire experience was “absolutely amazing”.

If you’re unfamiliar with the charity, Carer Support South Lakes supports unpaid Carers of all ages across Cumbria, and provides them with access to information, emotional support, advocacy, financial support, and opportunities to take a much-needed break.

The mother of two sons and three stepchildren, and grandmother of five grandchildren, volunteers to support Young Carers at the charity part time, and said she felt she “wanted to do something to highlight the important work it does”.

Jane completed the jump with local skydive company, Skydive North West, in tandem with professional skydiver Ed Roscoe at Cark Airfield in Flookburgh, and her family were out in full force to watch and support her.

Looking back on her thrilling experience, Jane told ITV Granada: “When we first arrived at the base, the people who had gone up earlier landed in the rain and I thought we might not get up – but the clouds broke, and we managed to do an amazing jump.

“Apparently, I was the noisiest one coming down.

“All the others were very serene and came down not saying anything, while I was whooping, screaming and shouting.”

Read more: This 108-year-old Northern nan says red wine is the secret to a long life

Jane set up a dedicated JustGiving page for the skydive, and since taking the brave leap, has managed to raise over £1,500 and counting in donations – which she says she is “so grateful” for and “will make a huge difference”.

“I’m so grateful to all those people who have given money so far,” Jane continued.

“Donations, whether large or small, will make a huge difference to the charity and help it to continue its vital work with carers.”

You can donate to Carer Support South Lakes via Jane’s JustGiving page here.