The presenter pair are currently under fire after being accused of jumping the queue to see Queen Elizabeth II‘s coffin lying in state. 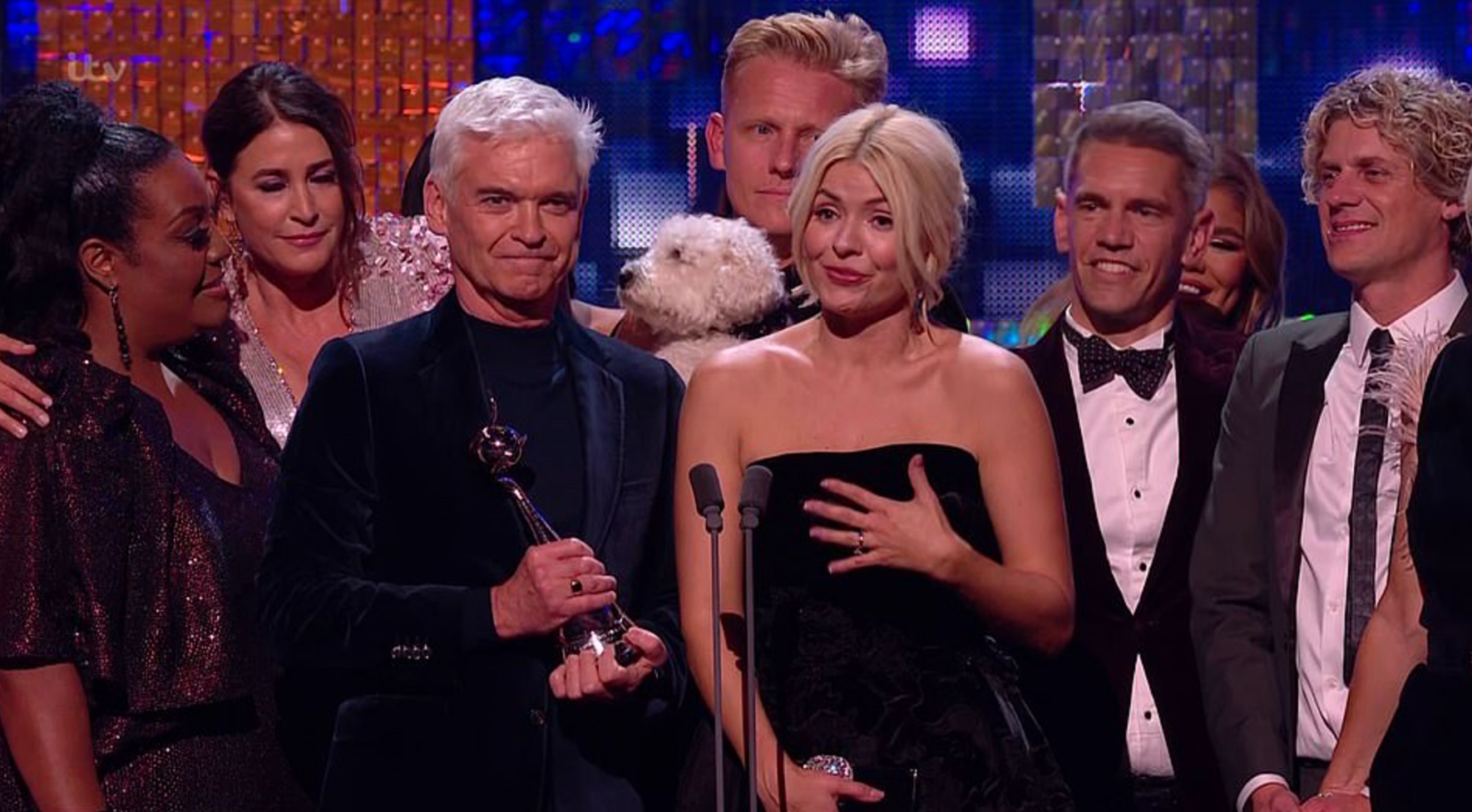 Phillip Schofield and Holly Willoughby were said to have been subjected to boos by audience members as they won a National Television Award (NTA) last night.

The pair – who have presented ITV daytime show This Morning together since 2009 – scooped the coveted ‘Daytime’ award at the annual televised awards ceremony last night, after being up against fierce competitors Loose Women, The Repair Shop, and The Chase – but audience members around them could be heard audibly booing when they were announced as the winners.

As their names were called, cameras panned to Phil as he put his head in his hands and held back tears, before the pair took to the stage.

“This means so much to us every year, especially this year.”

Holly then added: “This means everything because it’s voted by you and I think This Morning has a very special relationship with you – you make our show for us, you really do.”

Despite the positivity from the presenters as they accepted their award, and the gratitude they expressed for their fans during the speech, viewers at home still couldn’t help but notice the boos as the pair took to the stage and many headed to social media to question whether others could hear them too.

TV critic Scott Bryan said a source at the event claimed there were audience boos.

He said on Twitter: “A source at the ceremony says that there were some boos in the room when This Morning won an #NTAs.

“But boos stopped during the speech.”

Some fans even speculated that the audience background audio was cut from the TV broadcast once ITV had noticed boos were coming from the audience.

Phillip Schofield and Holly Willoughby are currently under fire after being accused of jumping the queue to see Queen Elizabeth II‘s coffin lying in state back in September, which has gone on to cause widespread public outrage and debate, and has even seen over 78,000 people and counting sign a petition to have the pair removed as hosts of This Morning.

The petition stated that ITV “should be ashamed of exploiting the situation” by allowing the pair to “push pass thousands” that had been waiting overnight.

Phil and Holly have denied all claims they jumped the queue.

The pair said in a statement addressing the situation last month: “Like hundreds of accredited broadcasters and journalists, we were given official permission to access the hall. It was strictly for the purpose of reporting on the event for millions of people in the UK who have not been able to visit Westminster in person.”

They added that “none of the broadcasters and journalists there took anyone’s place”, and they insisted that they would “never jump a queue”.