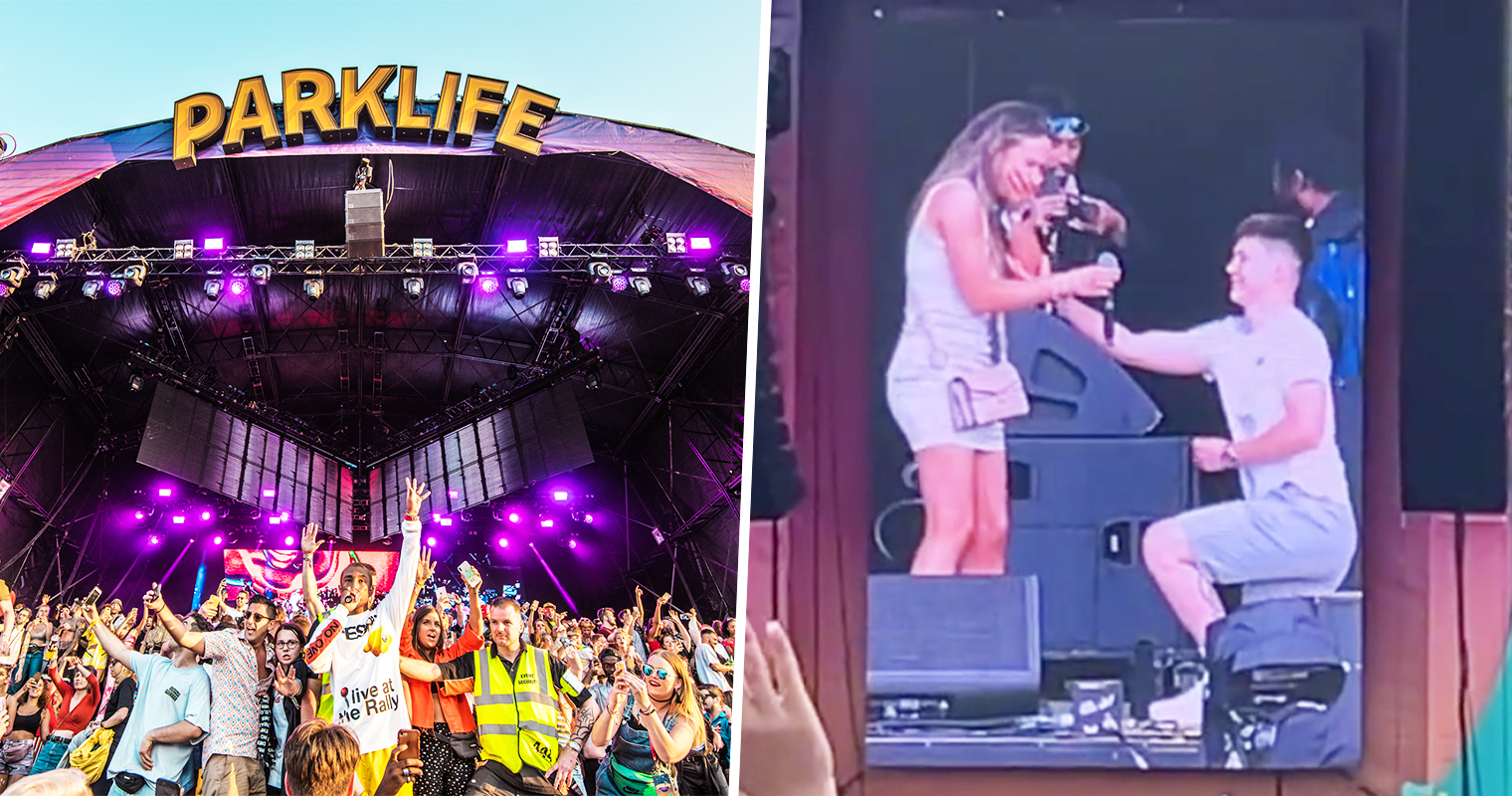 Parklife boss Sacha Lord has offered to gift a honeymoon to the couple who got engaged on stage at the festival.

The happy couple were targeted by ‘vile’ trolls after videos of their engagement circulated online.

The pair were up on stage during Yung Filly’s performance on Saturday afternoon when their engagement took place in front of a crowd of thousands.

The artist shouted “She said yes!” while running around the stage as the man, Myles Goodfellow, slid a ring on his now-fiancee’s finger.

As well as the gift of a honeymoon, Sacha also offered them free entry to the festival and to Warehouse Project for life.

Sacha posted on Instagram: “Yesterday an amazing moment happened as Parklife saw a proposal on stage from a young couple.

“Unfortunately, the internet reaction to two young people sharing a special moment was quite frankly vile.

“I would like to find this couple and give them free entry to Parklife and The Warehouse Project for life and not only that, but to pay for their honeymoon, so that when they go away, I want them to sit there in the sun posting pictures to social media, knowing that those people who had a go at them are bitter, and they’re not there.”

Indy Geraghty, the girl who was proposed to, has Tweeted: “I love how many people are being trashy over yesterday. One of the best days of my life, don’t bring it down and be mean really are a bunch of losers.”

She later told the Manchester Evening News: “The proposal was a complete shock! When we arrived at Parklife I soon came to realise we were going for a meet and greet with Yung Filly but little did I know that would happen.

“I was completely clueless to it all and as you can see by the pictures and video I couldn’t even speak.

“I cried very happy tears when Sacha called me. I don’t have a lot of good things happen in my life so for something like this to come along is a huge impact. Myles had arranged it all with Filly’s manager weeks prior.

“We are both working normal jobs and don’t have a lot of spare time so I guess it’ll be a few years before we can afford our wedding but I definitely don’t mind waiting. I am hoping we will be able to do it in the next year or two but nothing planned yet.

“I’m still in a lot of shock from yesterday and the amount of attention it’s got has sent me on a rollercoaster of emotions.”