Spooky abandoned church overlooking Hollingworth Lake to be auctioned off

St Hilda’s CE Mission was founded in 1931, but has been left vacant for over 24 years. 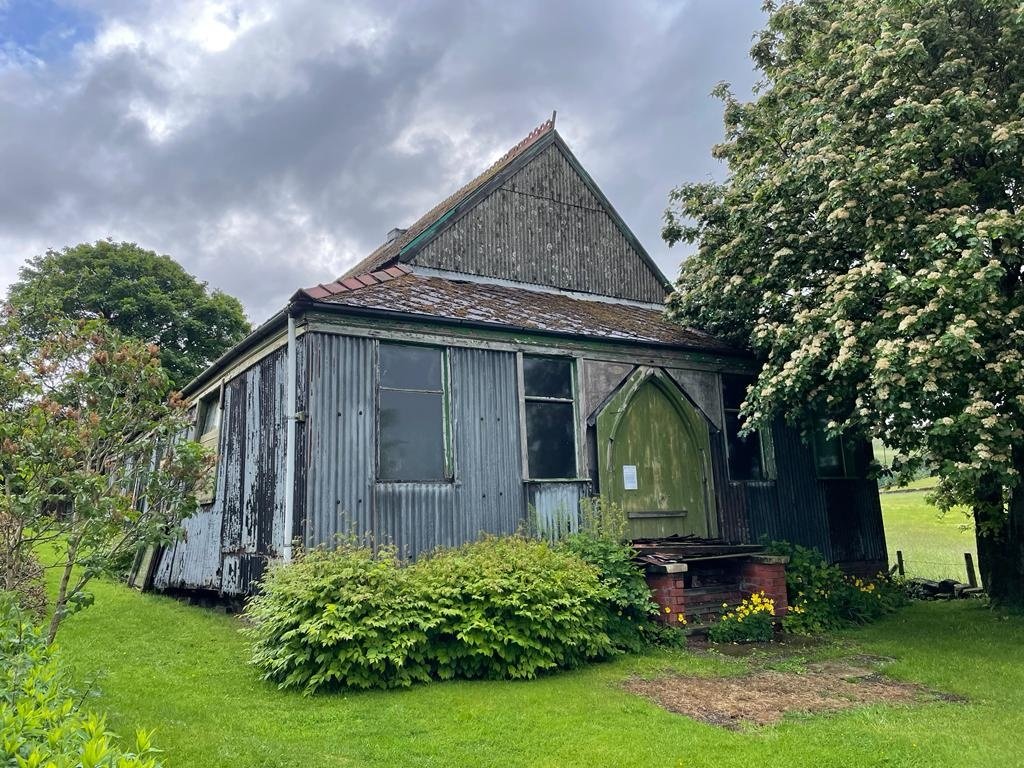 A creepy abandoned church that overlooks the picturesque Hollingworth Lake is set to be auctioned off later this month.

With the spooky season right around the corner, and Halloween soon to be here before we know it, a scary slice of history is set to go under the hammer in just a few weeks time, and it comes in the form of a dilapidated church building set beside one of Greater Manchester‘s most popular reservoirs that’s been left to ruins for over 24 years.

St Hilda’s CE Mission on Hollingworth Fold – which overlooks Hollingworth Lake in the semi-rural Rochdale town of Littleborough – was founded in 1931 and was the hub of a community, before it closed its doors for good in 1998 due to structural problems.

This is not where the story of building itself begins though, as it lived a life before then elsewhere and is believed to date back to the late 1870s.

Records at the Touchstones Local Studies Library in Rochdale show that in the 1870s, there were around 250 Roman Catholics in Littleborough, and they were the ones who all banded together to build the church on its initial site Featherstall Road in 1878.

It became known as the ‘Iron Church’ as it was made of metal sheets.

The church building was later bought by the Mission of St Hilda, before it was dismantled and rebuilt at Hollingworth Fold in 1931.

The derelict abandoned building has been at the centre of locals’ intrigue ever since, and now it’s set to go to auction with a guide price of just £25,000.

With the church sat on a plot of land that extends to 899 sq yds, auctioneers say the site could be suitable for a variety of different uses in the future – including possible development potential, which is subject to any necessary planning permissions.

It’s also walking distance of amenities in Smithy Bridge too.

Speaking ahead of the building going to auction, Edward Feather – associate director at Pugh Auctions – said: “St Hilda’s mission church is an intriguing and unusual property that presents a unique opportunity for the right buyer.

“Founded in 1931, the church closed in 1998 and has stood derelict ever since. The dilapidated remains have caught the attention of many history enthusiasts and passers-by because of its eerie appearance on the Lancashire landscape.

“Interestingly, it can only be accessed by foot which adds to the property’s mystery, but for the right buyer I have no doubt that this historic property is a true gem.”

The property goes to auction on 18 October here.