We've already replayed this too many times. 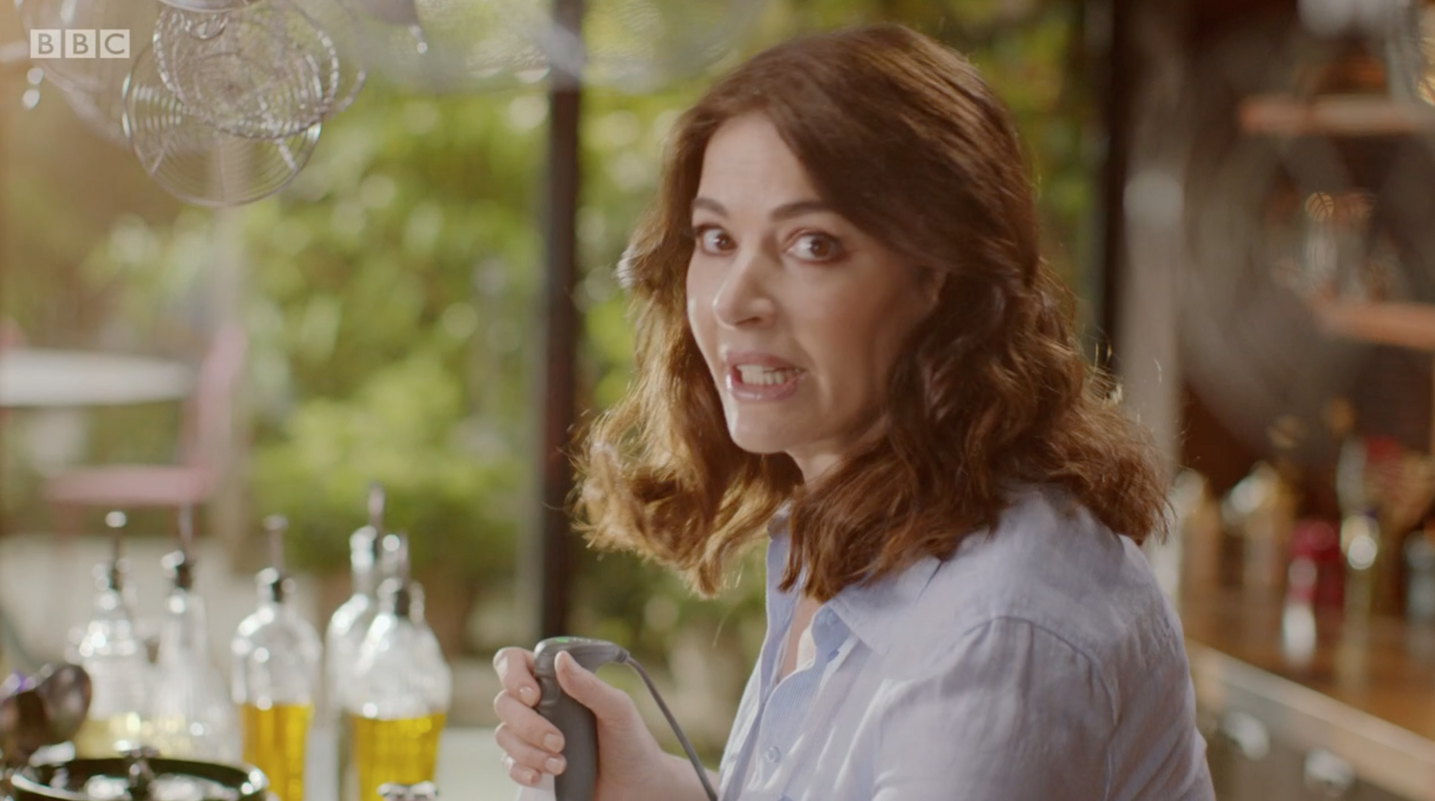 We all know that some words are harder to pronounce than others.

But despite the fact that we ourselves make slip-ups from time to time, there’s just something inexplicably funnier about people in the public eye completely butchering certain words they should know how to say.

First it was the way Gemma Collins pronounced ‘meme’, then followed by Joe Wicks’ bizarre take on the pronunciation of ‘Wensleydale’ cheese, and now the holy trinity of celebrities saying words incorrectly is complete, because, this is actually how Nigella Lawson pronounces ‘microwave’.

And the internet is absolutely losing it.

We know that professional chefs and foodies may not really be keen on admitting when they use this piece of cooking equipment, but honestly, how has she got away with this pronunciation for so long?

How could she be this wrong?

Why has no one corrected her? Why was it not edited out? Was in kept in on purpose just to lighten up what has been a very dreary year?

The questions are endless, but we are none the wiser.

In case you watched that clip above and your first thought was that the video is obviously edited with a fake voiceover, don’t worry, you’re not the only one, but we promise this is actually completely genuine and was aired last night during the fifth episode of Nigella’s Cook, Sleep, Repeat on BBC Two.

And you only have to skip to 23 minutes in the episode replay on BBC iPlayer to see what we mean.

Joining the thousands of Brits taking to social media to spread the word about her unique pronunciation, one Twitter user wrote: “Nigella pronounces microwave as “micro-wav-ay” so that is how we all should pronounce it now. Those are the rules.”, with another adding: “Eternally grateful to Nigella Lawson for letting us know we’ve all been mispronouncing microwave for the last 50 (or so) years.”

A third wrote: “Nigella Lawson saying ‘Microwave’ like this has made my Christmas already”.

All we can say is it’s a good job we’re in December now because we’re not sure just how much more of 2020’s unexpected events we can genuinely take.

We can’t wait to see this on Gogglebox, that’s for sure.