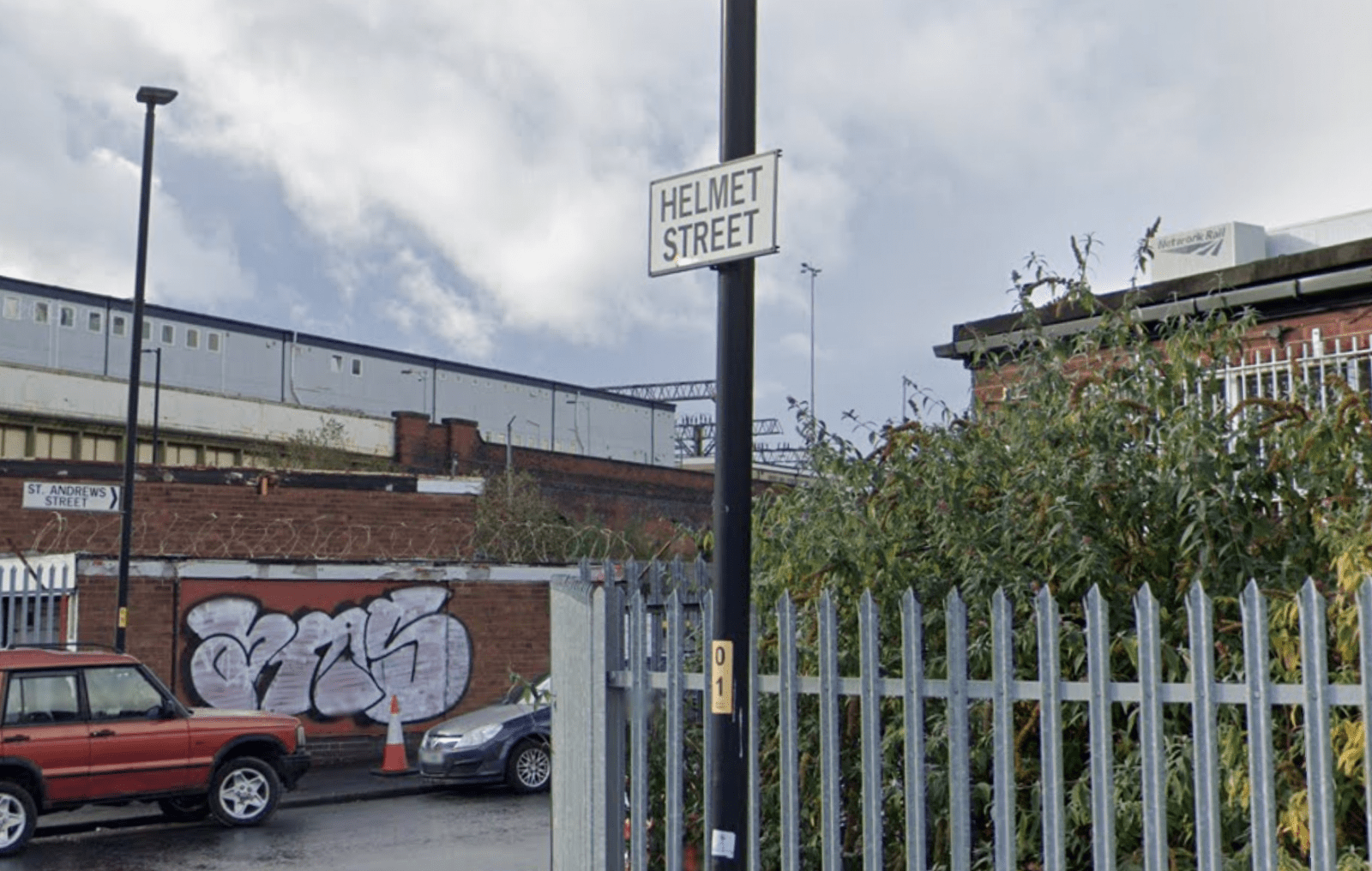 Most of us would like to claim we have a sophisticated sense of humour – but in reality, we all love a juvenile laugh.

And there’s no easier place to find one than right outside your front door.

Few things bring out our inner child quite like finding a rudely-named street or place, and thanks to the English language being so on-the-nose it its naming style, Greater Manchester is full of them – with a road bearing bottom, dick, or fold everywhere you look.

Reports may have shown house prices can fall by staggering amounts based on ‘undesirable’ street names, but that doesn’t mean they’re not ammusing.

Here’s some of the rudest road names in the region.

This one’s all in the pronunciation.

It’d be fairly easy to overlook the innuendo in this Levenshulme street name if you hadn’t seen it written down, but the slower you pronounce it, the funnier it is, and although the story behind the unfortunate side street off Stockport Road is unknown, it’ll have you smiling nonetheless.

The name is funny on is own, and then the alliteration only makes it funnier.

Despite the name though, there is nothing that intrinsically rude about it as a ‘fold’ is just a common type of terrain in northern England and is usually described ‘a slight hill or hollow in the ground’.

This just rounds rude, doesn’t it? It’s hard to deny.

It isn’t quite what it seems though, as given the fact the sport was once a pretty popular pastime in Radcliffe, the street’s name derives from its history as the site of a cock-fighting clod – which is a round patch of earth often surrounded by seating.

We don’t really need to explain why this one’s on the list, and the ‘Dick Field’ part is pretty self explanatory, and then while the dictionary definition of clough is just ‘a deep valley or ravine’, it’s clearly got some hilarious connotations.

The fact that the street is in Ramsbottom just makes it funnier too.

It doesn’t get much more explicit than Holebottom, does it?

This snigger-inducing cul-de-sac is just around the corner from Broadoak Primary School and again, although the origins of the name are unclear, it’s likely to have been a source of embarrassment for people living there for years – and the butt of all jokes for passing schoolchildren.

Not only is this one rudely-named, it’s actually pretty derogatory as well.

It does have a history though, as this unfortunately-named street in Lowton is thought to have roots in the area’s coal mining heritage, with one theory involving the family of a local poet called John Byram, who’s coach became stuck on a dirt track on the way to church one Sunday, and to stop it happening again, they had the road covered in coal slag from nearby Bickershaw Colliery.

The road then became known as “The Slag Lane”.

In the early 20th century, Helmet Street in Ardwick was home to Holt & Pennington – one of Manchester’s most prominent timber merchants.

When it comes to the name ‘helmet’ though, we can only hope it has military connections.

This one isn’t strictly a street name, but how can we miss this off the list?

The 21-acre site in Kearsley near Bolton was once a dumping ground for sulphuric acid and washing soda during the 19th century, but it’s now a popular nature reserve that’s home to some rare orchids and beautiful wildflowers.

According to the Lancashire Wildlife Trust, the comical name actually derives from the rounded premonitory on which the reserve stands by the River Croal.