He has started radiotherapy and chemotherapy treatment in an effort to prolong his life. 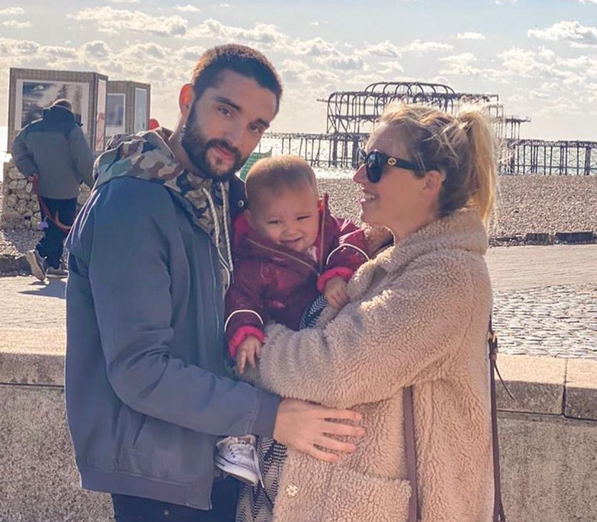 Tom Parker has this morning publicly revealed the devastating news that he has been diagnosed with an inoperable brain tumour.

The Bolton-born 32-year-old – who is one fifth of the boyband The Wanted, married to his wife Kelsey, a father to a 15-month-old daughter Aurelia, and has another baby on the way – took to social media this morning to share the diagnosis.

The singer revealed in a one-off interview to OK! Magazine that he suffered a seizure in July.

He then took himself to A&E, where he was put on a waiting list for an MRI scan, and then just over a month later, he suffered another, more serious seizure and was rushed to hospital, where he discovered he had Stage 4 Glioblastoma.

He has started radiotherapy and chemotherapy treatment in an effort to prolong his life.

In a post to Instagram this morning, Tom said: “There’s no easy way to say this but I’ve sadly been diagnosed with a Brain Tumour and I’m already undergoing treatment. We decided, after a lot of thought, that rather than hiding away and trying to keep it a secret, we would do one interview where we could lay out all the details and let everyone know the facts in our own way.

“We are all absolutely devastated but we are gonna fight this all the way.

“We don’t want your sadness, we just want love and positivity and together we will raise awareness of this terrible disease and look for all available treatment options.

“It’s gonna be a tough battle but with everyone’s love and support we are going to beat this.”

Tom has said that the diagnosis is the “worst case scenario”.

Life expectancy on average for such an illness ranges from three months to 18 months after diagnosis.

“I knew something wasn’t right, but I never expected it to be this.” Tom said.

“You never think this will happen to you. Kelsey couldn’t come in [to the hospital] because of COVID. They pulled the curtain around my bed and said, “It’s a brain tumour.” All I could think was, “F*cking hell!” I was in shock. It’s Stage 4 Glioblastoma and they’ve said its terminal.

“It was a lot to deal with by myself – I still haven’t processed it.”

Tom and Kelsey have both stated that they are remaining positive and are looking for alternative therapies in the hope of a miracle.

Tom has said that he “doesn’t want sadness” and instead is in need of “everyone’s love and positivity” and stressed that there are “so many stories of people who were given a bad prognosis and are still here five, 10, even 15 years later”.

He added: “We’re going to fight this all the way.”

From everyone here at The Manc, our thoughts are with Tom and his family.