Taking the time to donate even one item can have a huge impact on someone’s life this winter. 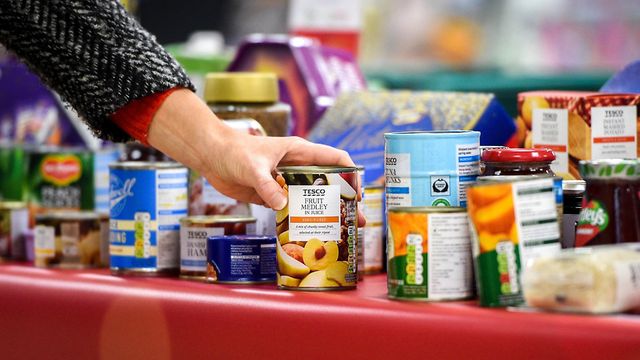 There’s no doubt Christmas is set to be a little different this year.

The uncertainty around the nature of the festive season is playing on everyone’s mind due to the coronavirus (COVID-19) pandemic, the level of restrictions which may be put in place, and the economic fallout, but for the 1.9 million+ people who use foodbanks in our society, that isn’t the only thing they have to worry about.

Ensuring they have access to food and vital items at Christmas time is always a priority.

But it’s more important this year than ever before – with families and children expected to be hit hardest – and this is why charities and foodbank organisations are speaking out and urging the public to do their bit.

For shoppers, taking the time to donate even one item can have a huge impact on someone’s life this winter.

“The effects of the pandemic are being felt far and wide,” says FareShare UK CEO Lindsay Boswell.

“More people than ever are turning to charities and community groups because they’re unable to feed themselves and their families.”

She continued: “A single tin of tuna or vegetables may not seem like much to give, but if enough people make a small donation, together those donations can make a big difference to people who need our help this winter.”

Earlier this month, a report by charity The Trussell Trust – which runs a network of 1,300 foodbank centres across the UK – confirmed a 47% increase in support needed during the pandemic, with a record 1.2 million emergency food parcels being handed out in the first six months of the coronavirus (COVID-19) pandemic.

From April to September, more than 470,000 of the food parcels were delivered to children, which on average came to around 2,600 every day.

Speaking on the importance of donations this year, Emma Revie – CEO of The Trussell Trust – said: “The pandemic has shown what can happen when we stand together in the face of adversity and how much people are willing to give to support their local community.”

The Trussell Trust is expecting its network of UK food banks to give out an emergency food parcel every nine seconds this winter.

FareShare is also set to supply food to 11,000 frontline charities.

If you’re looking for a way to make a worthy contribution ahead of the festive season, Tesco is among one of the leading UK supermarket retailers calling on shoppers to make a difference with a collection – which has been launched in Tesco Express, Tesco Metro and Tesco Extra stores nationwide – in partnership with FareShare UK and The Trussell Trust.

Customers are being asked to donate food up to 21st November.

It’s as simple as buying the items with your usual shopping and dropping them in the dedicated Food Collection trolley at the exit, and the food needed includes longer-life items such as rice, tea and tinned goods, all of which can be made into nutritious meals.

Claire De Silva – Head of Community at Tesco – said: “Every year customers are so generous, but this is not a normal year,”

“The two charities we work with need to provide more food than ever this Christmas.”

All the food that goes to FareShare is used to provide meals for vulnerable groups – such as isolated older people, and those in homeless shelters – and customers unable to contribute food in store can help by donating Tesco Clubcard points to the two organisations.

Tesco will top up the value of all donations with an additional 20% in cash.

If Tesco isn’t your local supermarket, donations of food and vital items can also be made at other supermarket retailers – including as Morrisons, Sainsbury’s and more – as well as other local independent foodbanks, and through a range of community-led initiatives.

Since then, the pair’s bond has only grown stronger and more wholesome, as the Stockport local decided to invite the pair back to watch City put six past another team: United.