The Manchester-based mental health collective's Instagram is the perfect antidote to dreary days. 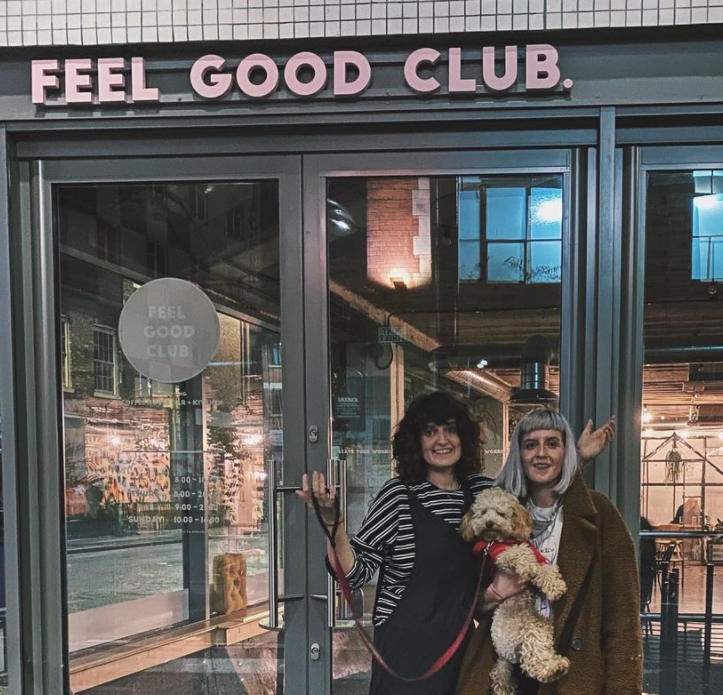 Today is what is known as ‘Blue Monday’.

The concept – which was first coined by physiologist Cliff Arnall back in 2004 – suggests that the third Monday of every January is “the most depressing day of the year”, with a theory that essentially claims that this is the time of year when we’re all cold, broke and riddled with guilt that our New Year’s resolutions to get fit, drink less alcohol, and be a better human being, have fallen by the wayside.

It’s certainly been met with its skeptics over the years for a number of reasons, but of course in 2021, we’re also dealing with yet another national lockdown on top of those annual January difficulties.

One Manchester-based business is proving to be the perfect antidote to those dreary days though – and it “exists to remind people that we are all just humans”.

If you’re local to the city centre, you may know the Feel Good Club from the success of its brand-new wellbeing-focused cafe – which opened in the heart of the Northern Quarter in October of last year – but the movement actually started humbly as an Instagram page filled with uplifting messages and top tips by founders Kiera and Aimie Lawlor-Skillen.

The carefully-curated social media page is aimed at normalising the stigma around mental health and has since flourished into a successful platform of 177K+ followers.

And through consistently posting inspirational quotes to live by, daily reminders to keep you in check, and “things you need to hear” all in aesthetically-pleasing pastel-coloured squares, alongside picture updates from the coffee house and the owners themselves – even their four-legged friend – following Feel Good Club on Instagram is one of the biggest favours you can do yourself this Blue Monday.

We don’t know exactly what this year ahead will bring, but we know that becoming a member of the Feel Good Club community with just one simple social media follow is something you won’t regret.

Whether you believe the concept of Blue Monday to be somewhat of a myth or not, there’s no denying that repetitive lockdowns and ongoing restrictions amid the coronavirus (COVID-19) pandemic have had a detrimental effect on mental health in the UK, with the latest studies by leading mental health charity MIND finding that more than half of adults (60%) and over two thirds of young people (68%) said their mental health got worse during the first lockdown.

And both people with and without previous experience of mental health problems reported poor mental health and wellbeing during that period too.

So yes, while it is true that these “unprecedented times” we are living through are affecting some of us more than others, it is nevertheless taking its toll on us all – and it’s absolutely okay to acknowledge this.

Help is out there.