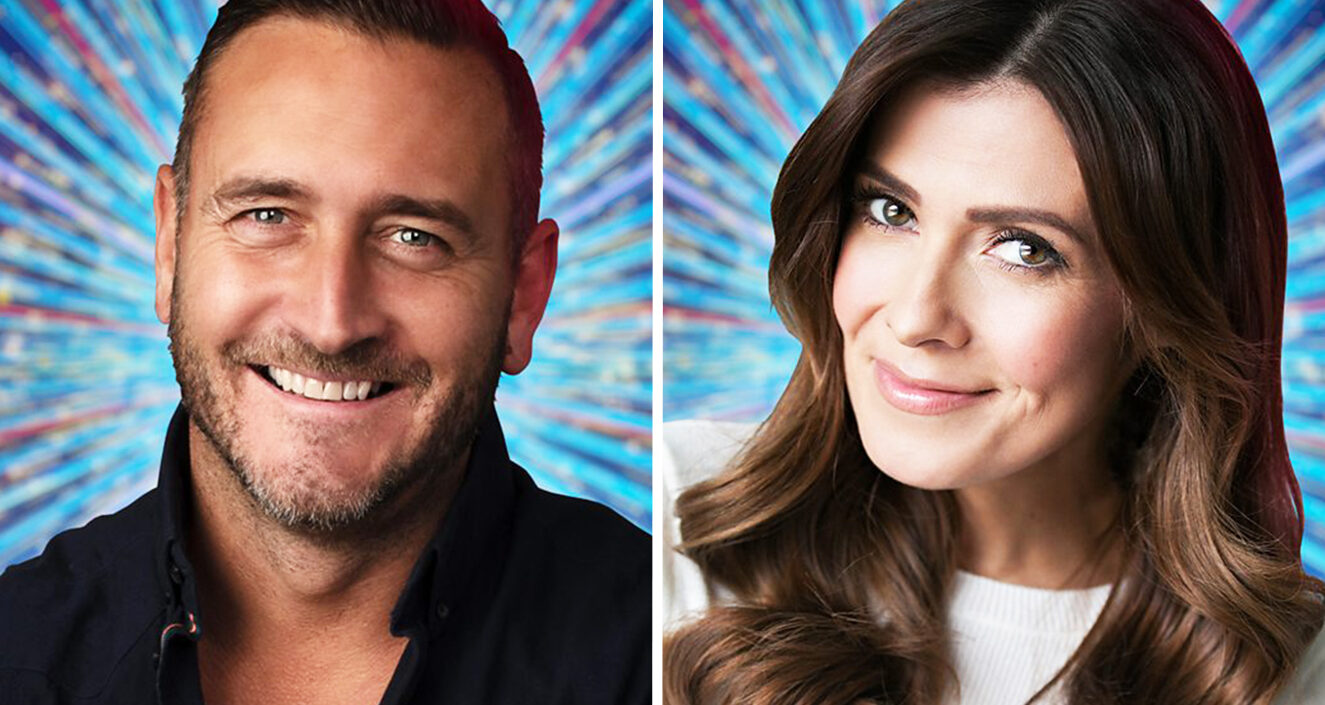 Northern actors Will Mellor and Kym Marsh are the first two names to be announced as contestants on Strictly Come Dancing 2022.

It may only be the first few days of August, but the BBC has this morning unveiled the first two celebrities who will be dusting off their dancing shoes and stepping into the ballroom for the 2022 series of long-running reality dance competition show, Strictly Come Dancing.

The show is set to return for its 20th series this autumn, and is promising to once again bring “glitter, glamour, and glorious dancing” to homes across the nation.

And it’s great news for Greater Manchester and the North West.

Stockport-born actor Will Mellor, who is best known for his role on the cult BBC sitcom Two Pints of Lager and a Packet of Crisps, as well as in Hollyoaks, Line of Duty, No Offence, and Broadchurch, and as Harvey Gaskell on Manchester-based ITV soap Coronation Street, was the first name to be unveiled.

“I’m honestly so chuffed to be taking part in Strictly Come Dancing this year,” Will said.

“Not going to lie, it’s totally out of my comfort zone.

“I know it will be a huge challenge but that’s what life is all about, and this is also my Mum’s favourite show, and she’s had a really tough few years so I’m doing this is for her as well.”

Joining Will is another fellow Northern actor, singer, and television presenter, and a well-known name to most Mancs – Kym Marsh.

A mainstay on our TV screens for nearly 20 years, Kym is famous for her role of Michelle Connor in Coronation Street – for which she won ‘Best Newcomer’ at both the National Television Awards and British Soap Awards – but also for having a successful music career in the 90s and 00s, both in the band Hear’Say, and as a solo artist.

The Merseyside-born actor is currently a presenter on BBC One’s Morning Live, and is soon set to star in the revival of BBC One drama Waterloo Road.

“I’m so delighted that this year they have.

“I’m a huge fan of the show and can’t believe I’m going to go from watching at home in my pyjamas to actually dancing in front of the judges in a glittery dress – it’s unreal.”

Strictly Come Dancing is set to return on BBC One and BBC iPlayer in the autumn, and the remaining celebrity contestants joining the new series will be announced in due course, so make sure to keep your eyes peeled.