The haunted houses of the four Heatons getting more ghostly than ever before. 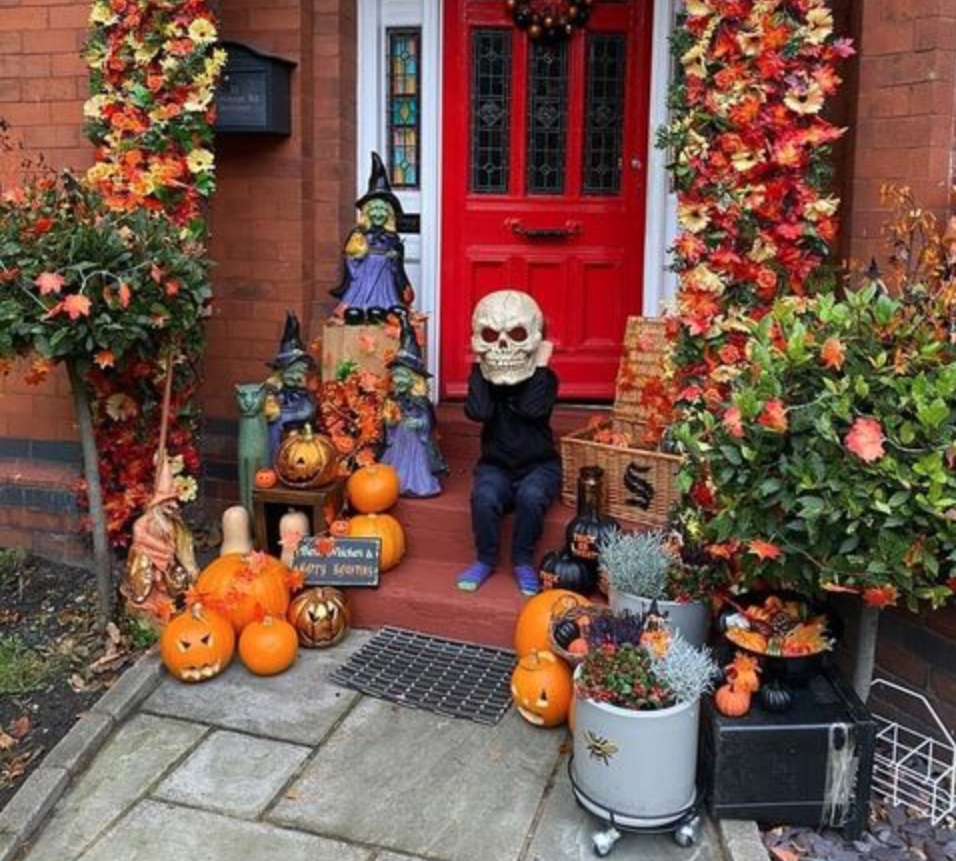 Over 160 postcodes across the four Heatons of Stockport are to be decked out for the spookiest weekend of the year as part of the ‘Halloween Town Trail’.

The haunted houses of the four Heatons getting more ghostly than ever before.

With trick or treating sadly off the cards this year under Tier 3 restrictions, this completely COVID-safe event – spread across Heaton Moor, Heaton Chapel, Heaton Mersey, and Heaton Norris in the Greater Manchester borough of Stockport – has been organised as a way of bringing the communities together to celebrate as safely as possible, while supporting a worthy cause.

It’s the second COVID-safe trail event to hit the Heatons since lockdown.

The first – a zoo-themed trail aimed at supporting Chester Zoo in its hour of need – raised a whopping £7,500, but this weekend, the theme is of course Halloween and scary movies, so you’ll need to keep your wits about you as you can expect to see windows and garden frighteningly festooned in hundreds of homes.

As per government regulations, no treats or sweets will be handed out from the houses of Halloween Town, but attendees are welcome to bring their own personal supply of treats for the trail.

Residents have already begun decorating and have been sharing pictures of their homes over on the #4HeatonsHalloween hashtag on social media.

It’s not just about celebrating the spookiest time of year as safely as possible though.

There is another very important cause at the heart of ‘The 4 Heaton’s Halloween Town’, and that is to raise funds for “beloved” local picture house The Savoy Cinema in Heaton Moor, which is a family-run independent boutique cinema nestled in the heart of the community boasting the latest projection and sound systems, mixed with classic style, comfort and service.

Amy Vose – Organiser of ‘The 4 Heatons Halloween Town’ – said: “The Savoy, as an independent cinema, is a real jewel of the Heatons. It’s very much loved by this community, and people want it to be enjoyed by their families for many years to come,

“So it was easy getting people involved.”

Money raised from the event will support the cinema, which, like many local businesses across the country, has sadly suffered a tough time financially due to the restrictions in place and the effects of the coronavirus (COVID-19) pandemic on the arts industry.

It comes after the cinema was named one of 42 independent picture houses in the UK to share £650,000 in the first awards from the Culture Recovery Fund earlier this month.

The owners of The Savoy Cinema have expressed how “very grateful and humbled” they are by the community’s fundraising efforts ahead of ‘The 4 Heatons Halloween Town’ event, and how wonderful it is to be “valued in that way” by the people of the local area.

“If you know the Heatons at all, [you’ll know] people here are extra,” Amy explains.

“So give them a silly community challenge and they will raise the bar.

“It’s brought families together to pump their energies into something positive, at a time where either every day feels the same, or everyday is a worry”.

Are you brave enough to head to ‘Halloween Town’ this weekend then?

You can find more information about the event, read up on all the COVID-safe precautions and measures being put in place, and download the map to familiarise yourself with the trail ahead of time via the ‘4 Heatons Halloween Town’ website here.

Donations to The Savoy Cinema can be made through the dedicated JustGiving page set up by event organisers and residents here.

More information can also be found via ‘The 4 Heatons Halloween Town’ event on Facebook.