Park N Party is bringing the region’s newest event space back - and it’s better than ever. 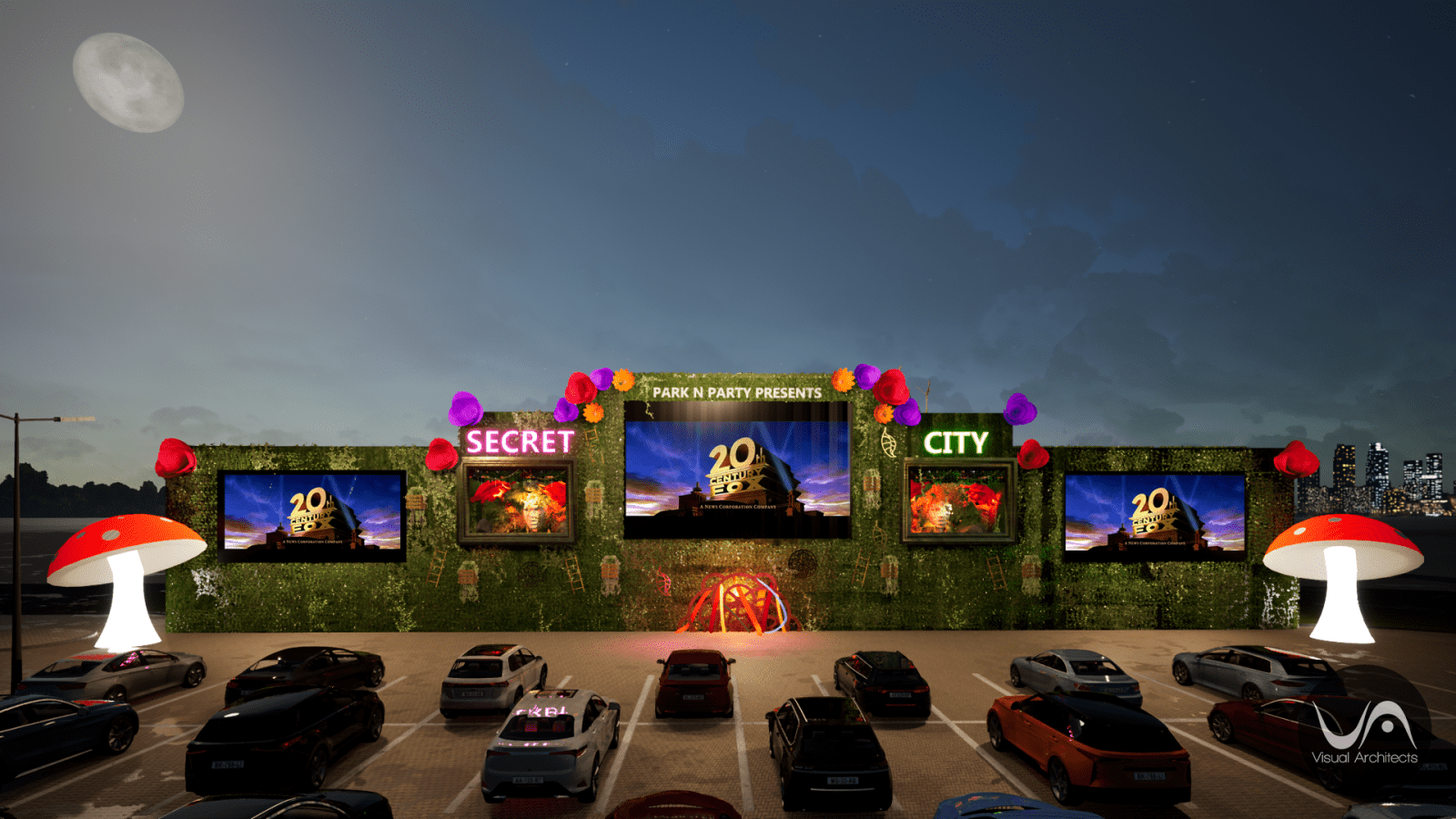 Screenings of Bridesmaids and The Greatest Showman are among the whole host of immersive drive-in entertainment events set to return to Greater Manchester next week.

Cinemas and entertainment complexes right across the region may currently still be closed amid the coronavirus (COVID-19) pandemic, but with an “irreversible” roadmap for lifting England’s third national lockdown now in place, reopening is on the horizon.

If you’re far too eager to wait until mid-May though, Park N Party – the team that delivered both the sell-out successes of ScareCity and ChristmasCity, and a number of other outdoor live events throughout 2020 – comes SecretCity.

Manchester’s newest event space is back and it’s better than ever.

Rolling into Event City in Trafford on Thursday 15th April and set to run throughout the summer, SecretCity is giving film fans the chance to catch their favourite drive-in cinema classics and new releases on the UK’s biggest LED outdoor screen, alongside immersive entertainment, live actors, vibrant props, food and drink, and many more surprises.

With laser shows to accompany each performance, and entertainment ready from the moment you enter the park and walk through the enchanted tunnel, guests are invited to “tumble down the rabbit hole into a new world”.

So, what films are already on the schedule then over the coming weeks?

Looking further into the future as SecretCity takes up residency in Manchester throughout the summer and will guided by government announcements, the unique events space will be home to outdoor events suitable for guests arriving by foot as well as by car, including cinema screenings, DJ appearances, live football broadcasts and much more.

There’ll also be a bunch of mouthwatering food options to tuck into – including gourmet burgers, loaded fries and more – which can all be enjoyed in the alfresco bar.

Everything you need for a summer like no other.

Scary films more your bag? Thanks to the sell-out success of the ScareCity events running throughout the latter end of 2020, Park N Party is also currently in the process of curating a dedicated lineup of some of the most frightful flicks to add to the SecretCity schedule.

Keep your eyes peeled for the unveiling of ‘Fright Nights’.

All Park N Party events are outdoors, with strict social distancing measures in place throughout the venue in accordance with all government guidelines, and guests are encouraged, where possible to remain in their vehicle and only attend in their household or social bubbles.

Hand sanitiser will be readily available throughout the venue, and in the toilets.

You can find more information ahead of the event and book your tickets to any of the SecretCity screenings via the Park N Party website here.