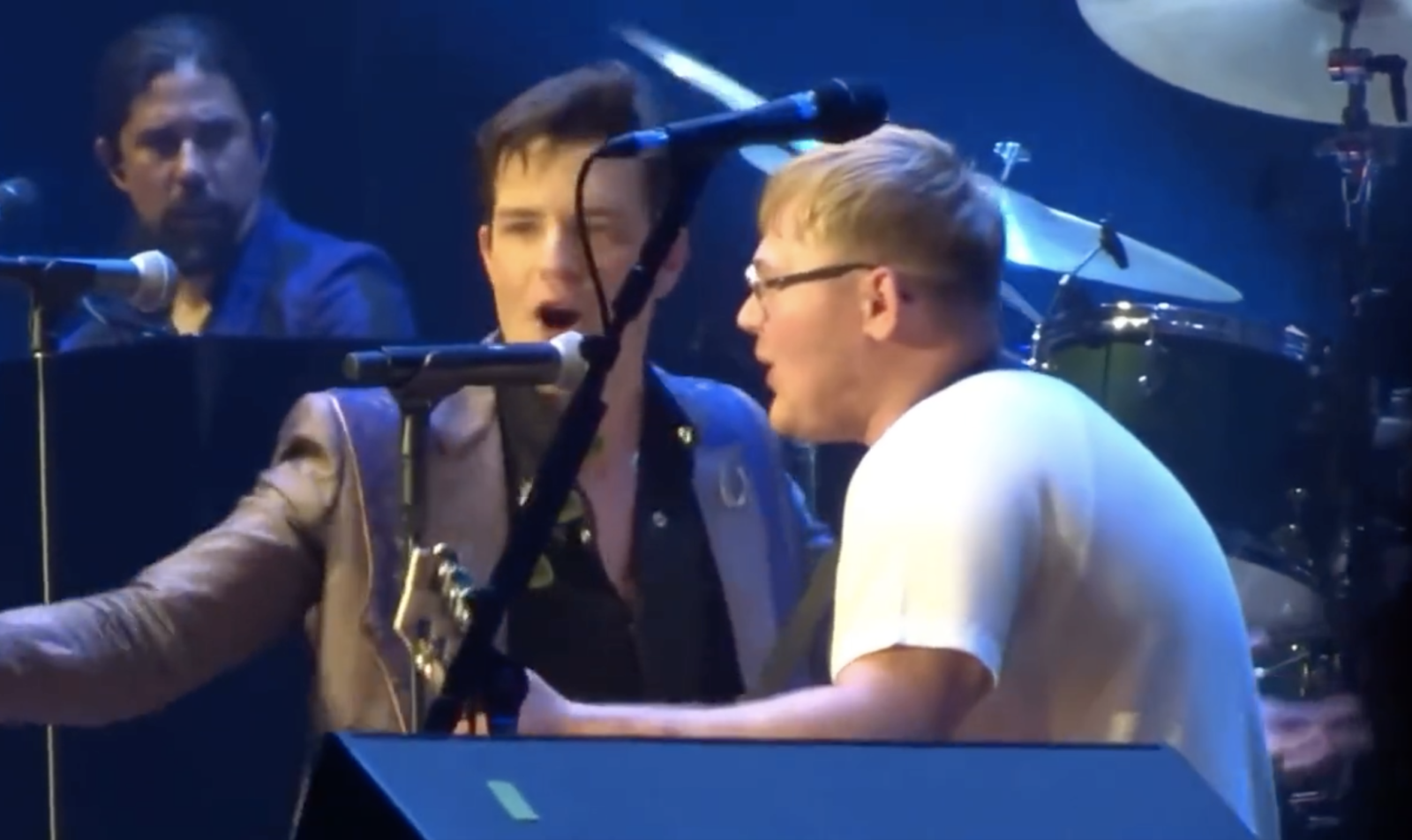 Wigan boys The Lathums have had a seriously big career moment this week, when The Killers pulled them up on stage to perform one of their own songs.

Killers frontman Brendon Flowers sang How Beautiful Life Can Be, from The Lathum’s album of the same name, standing side-by-side with Alex Moore from the group.

Although he pronounced the band name wrong (it’s Lah-thums, rather than Lay-Thums), Brendon had some lovely things to say about the local indie band.

The star said: “We’ve had the great pleasure of playing a few shows with The Lathums. They are a great band from the UK, from a town – from Wigan, right?

“I first heard about them from this song, it’s called ‘How Beautiful Life Can Be’ and it’s a beautiful song. We’re going to share it with you now.”

Those who were at the gig in Vienna shared videos of the touching moment, with Alex visibly beaming.

Several people in the audience can be heard chanting ‘Up the tics’, in reference to football team Wigan Athletic.

One person said: “Imagine that, a band that were performing before you were even old enough to hold a guitar, playing a song of yours. Proper magic that. Up the tics!”

Another wrote: “This is what dreams are made of. A song written at home, inspired lyrics by his mother during a pandemic and now sung together with one of the biggest bands on the planet at a venue full of music lovers. Perfect. Well played @TheLathums @thekillers.”

Someone else tweeted: “Think this is the definition of made it.”

The four-piece have supported The Killers on a few dates on their huge world tour.

After a recent gig in Paris, Alex wrote: “Mad feeling that, couldn’t believe it when everyone started getting their lights out.

“Very humbling feeling being accepted by so many different people different places. Thank you from the bottom of my heart, I can’t describe how much it helps me.”