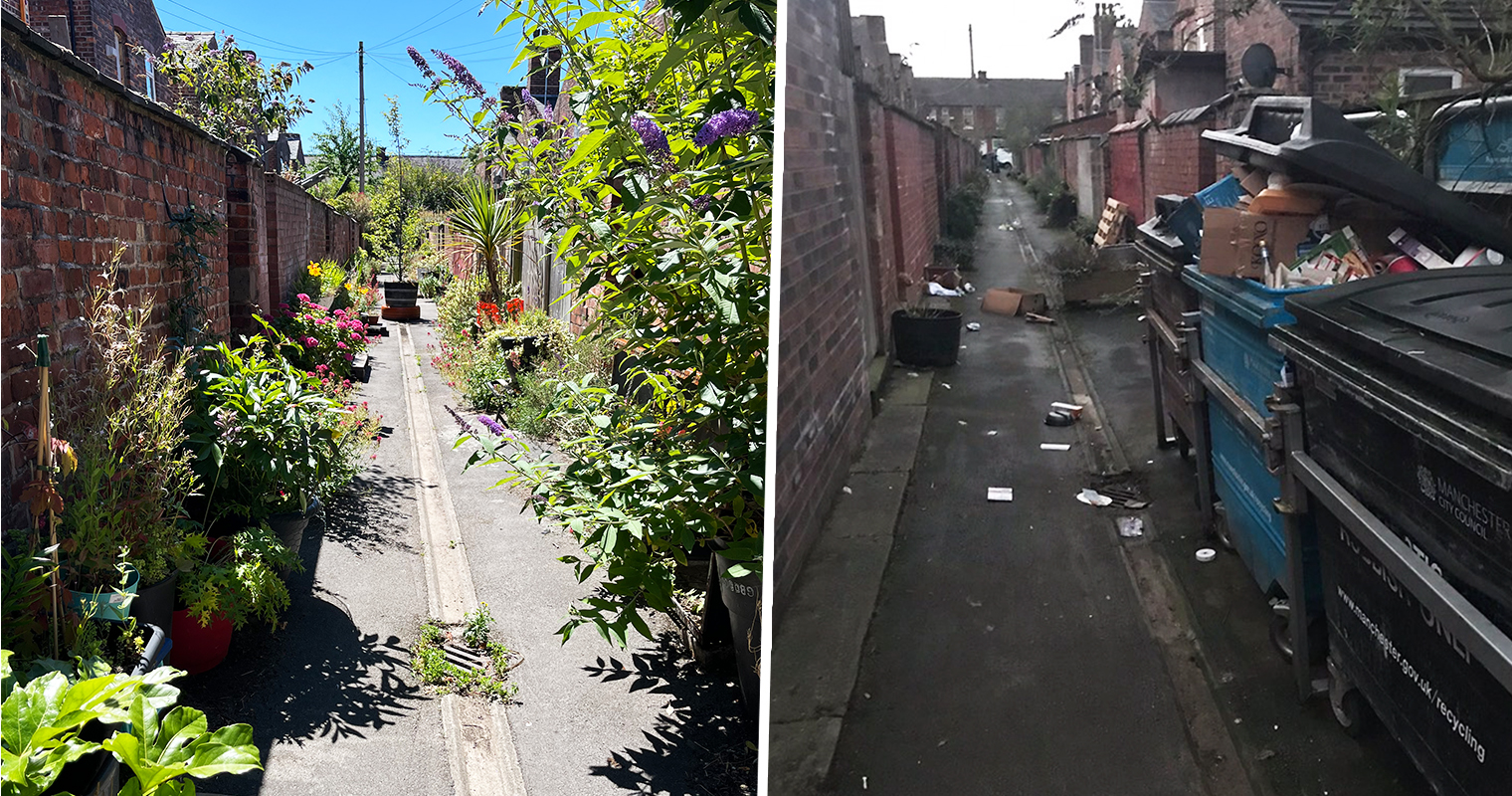 An alleyway (or ginnel, whatever you fancy) in Moss Side that was previously a fly-tipping hotspot has been completely transformed by local residents.

A group of locals have painstakingly turned the narrow passage into a green oasis.

And what started with a few potted plants has now grown so much, it’s being turned into an art gallery.

Manchester design studio DR.ME have created beautiful artworks to be hung between all the plant life that has now filled the alleyway between Acomb Street and Crofton Street.

Using lyrics and quotes from Moss Side residents, past and present, the studio has created an exhibition called Reflective Passage.

Chosen quotes are printed on mirrored perspex, designed to ‘literally reflect the work the local community has done to green the alleyway over the past couple of years turning it from a fly tipping hotspot to a green oasis’.

Those who’ve made a massive impact to the lives of Moss Side residents are also included in the gallery, like peace activist Professor Erinma Bell, Emmeline Pankhurst, and Friedrich Engels.

The local residents here have dedicated their time and efforts to ‘green’ their alleyway, which can help to discourage crime like fly-tipping.

Read more: You can rave inside the empty Grade-II listed Victoria Baths in Manchester this autumn

Leafy displays have been created using everything from upturned bookshelves to fly-tipped bathtubs to wooden pallets to a kids ride-on Mini Cooper car.

Similar projects have popped up all over Greater Manchester in recent years – take a look around this colourful ginnel display in Stretford.

The Reflective Passage exhibition will launch at 6pm on Thursday 25 August. You can follow the greening of the alleyway on Instagram here. 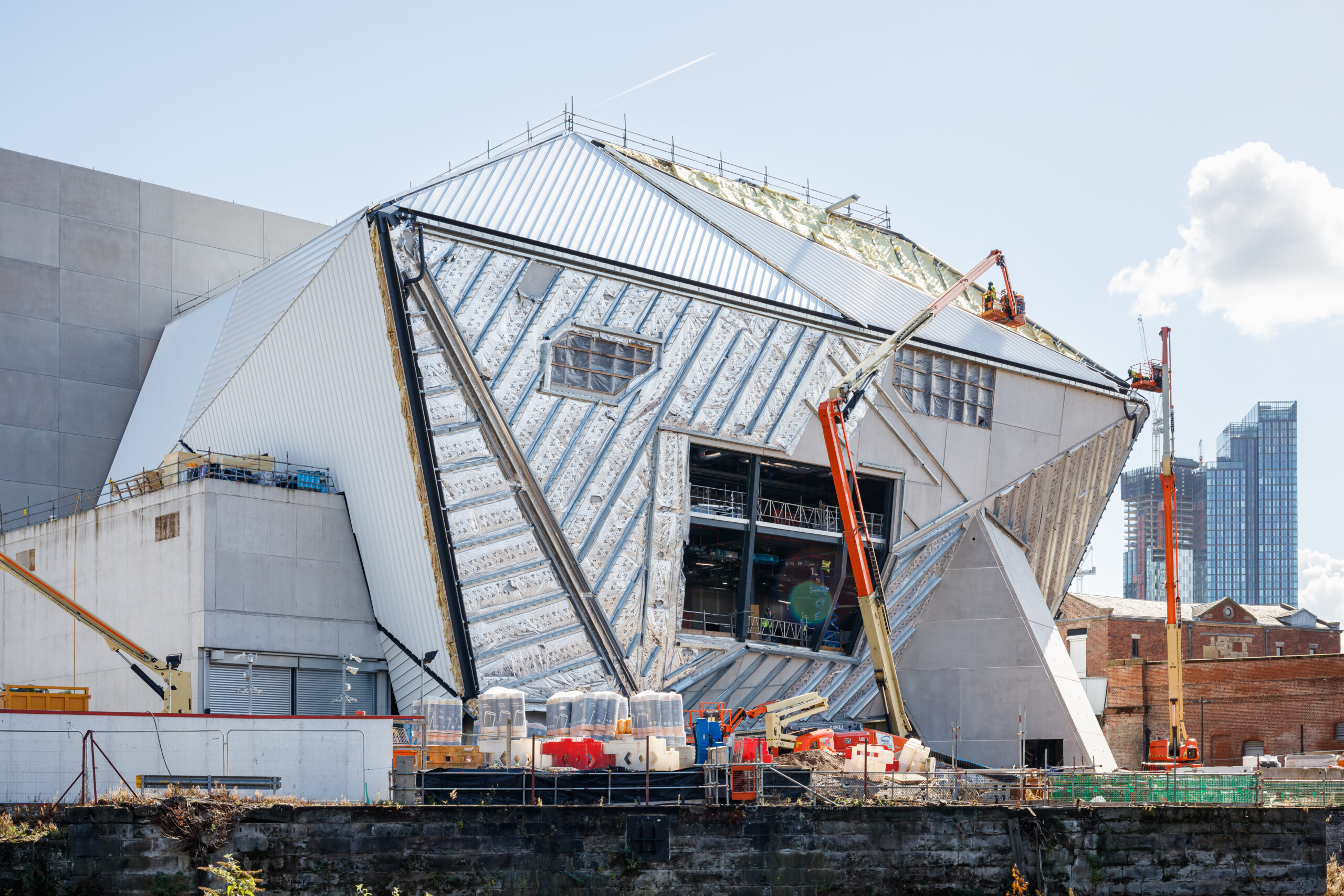 With its location on the banks of the River Irwell, floor-to-ceiling windows will be installed in the bar area, giving views of the Ordsall Chord and the river itself.

Factory International will welcome artists from across the globe with its year-round programme of arts, music and culture.

It’s the largest investment in a national cultural project since the opening of the Tate Modern in 2000, thanks to almost £100 million of Government funding and further backing from Manchester City Council and Arts Council England.

But the space will come to life much earlier than that, with Manchester International Festival making use of the space for its biennial event and filling it with inflatable sculptures between 29 June and 28 August 2023.

The major exhibition comes from Yayoi Kusama and will be called You, Me and the Balloons, featuring 10-metre tall inflatable structures in the shape of giant dolls, tendrilled landscapes, and polka-dot spheres.

There’ll be a nine-day programme called The Welcome next autumn, with everything from circus to music to fashion filling the building.

Artist Luke Jerram will also be celebrating the births of hundreds of babies born locally, casting beams of light into the sky to represent the new arrivals – and each of the families with babies born in January will receive a lifetime membership to Factory International.

The new cultural venue is located in the St John’s neighbourhood, on the site of the former Granada Studios.

John McGrath, Artistic Director & Chief Executive of Factory International, said: “We’re delighted to be able to share our opening plans for Factory International. At every stage in imagining and building this extraordinary space we have focussed on creating new possibilities – for artists to let their imaginations fly, for citizens of Manchester and the world to meet and dream, and for people of all ages and backgrounds to build skills and gain experience. Factory International is truly a place where we can invent tomorrow together.”

Stuart Andrew, Arts Minister said: “Thanks to almost £100 million of Government funding, Factory International will further increase access to world-class arts and culture in Manchester when it opens its doors for the first time in summer 2023. This represents a great example of the Government’s commitment to distribute arts funding right across the country.

“It is fantastic to see such an exciting programme of events being put together for its opening and I look forward to seeing the positive impact the venue has on the city.”

Councillor Bev Craig, Leader of Manchester City Council, said: “This remarkable new space, rooted in Manchester, will be a significant addition to the national and international arts landscape and a major visitor destination. Factory International will further strengthen the city’s role as a centre for culture, creativity and innovation. It is already creating jobs and apprenticeships for people who live here and will be an important training centre for an array of creative careers. As well as changing lives directly, Factory International will provide a huge economic boost to Manchester, creating or supporting up to 1,500 jobs and adding £1.1 billion to the city’s economy over a decade. This is, in more ways than one, a landmark moment.”

Ellen van Loon, OMA Partner and Lead Architect, said: “Factory International will be a new type of performance space – a unique crossover between a fixed theatre and flexible warehouse. Super-sized moveable walls enable endless configurations within a large space, allowing audiences unexpected vistas of performers. I hope that whenever people come to Factory International they always experience something different, as if with each visit they encounter a different building.”

Danny Boyle, director, said: “I’m delighted to be part of Factory International as a starting point for a kind of identity that this extraordinary new building is going to have. It’s a space that gives you an enormous amount of potential. It’s wildly ambitious in terms of its scale. In my lifetime, to see a new space like this open is hugely empowering, and I hope the new generation of artists feel that power.”

Es Devlin, artist and designer, said: “Since its inception in 2007 Manchester International Festival has produced some of the most innovative and urgent works I’ve been fortunate enough to witness, which have had an immense impact on my practice including such pioneers as Steve McQueen, Adam Curtis, Marina Abramović, Björk, Akram Khan, Yoko Ono and more. Factory International will continue to cultivate these world-class collaborations, with each project rooted on this specific site and within the community in Manchester. It’s a profound privilege to be invited to take part in its inception. Like a new musical instrument, a new building needs to be ‘tuned in,’ and it’s immensely energising to be present when it starts to sing.”

Michael ‘Mikey J’ Asante MBE, producer, composer and DJ, said: “The uniqueness and versatility of Factory International allows us to really create something different and be magical, to play with different concepts and open up a whole new way of trying to interact with our creativity. With our production we want to show people what they could possibly do in this space, that they have the opportunity to create something different and get them to envisage how they would use it.”

Kenrick ‘H2O’ Sandy MBE, choreographer and performer, said: “What excites me is the flexibility of Factory International, exploring how versatile the building can be, how to take the venue to another level. I want us as artistic collaborators to be challenged within the space.” 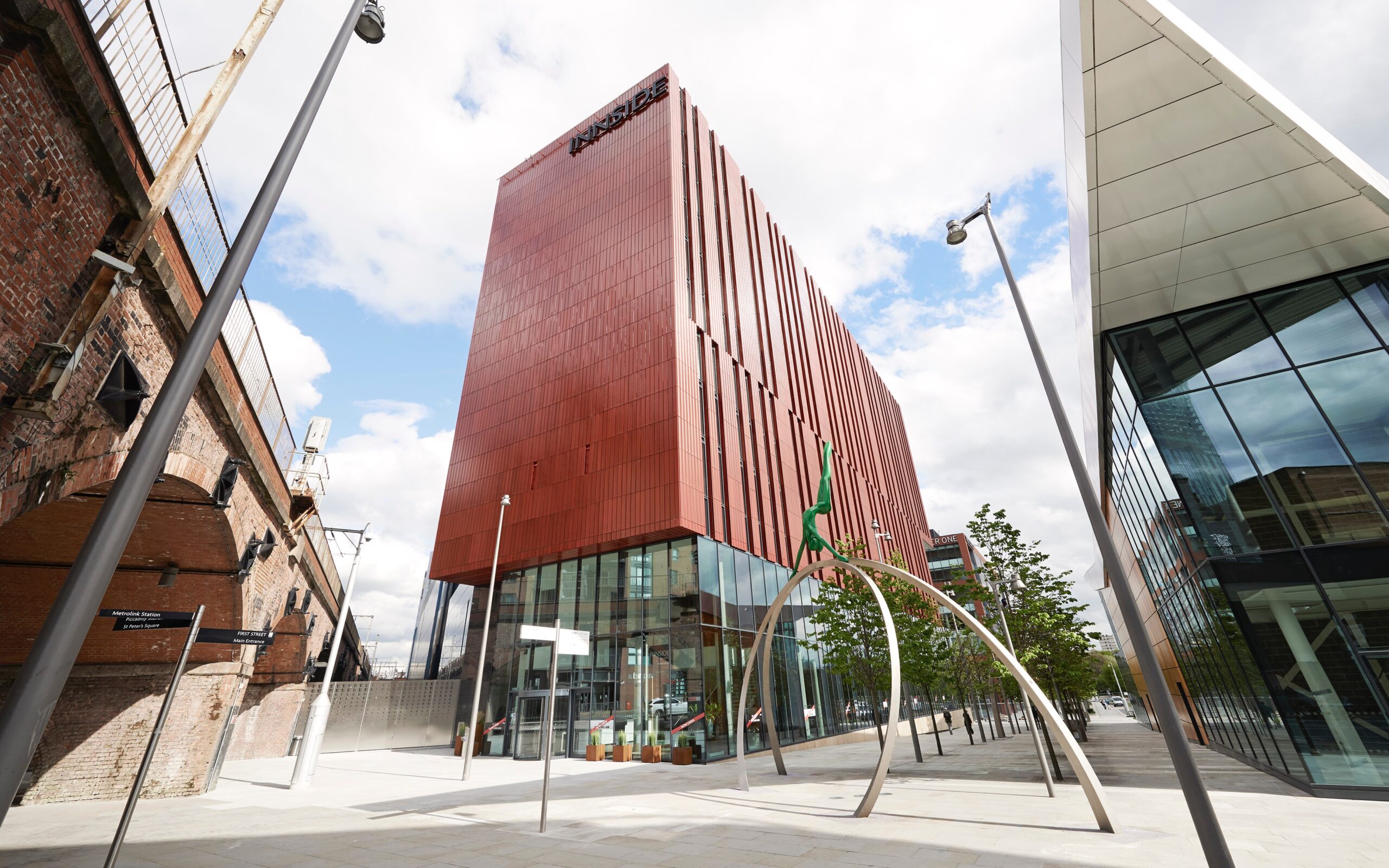 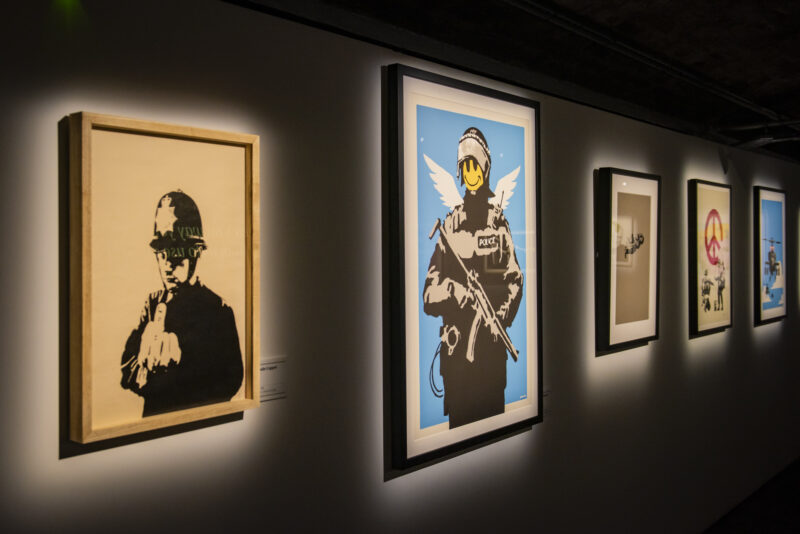 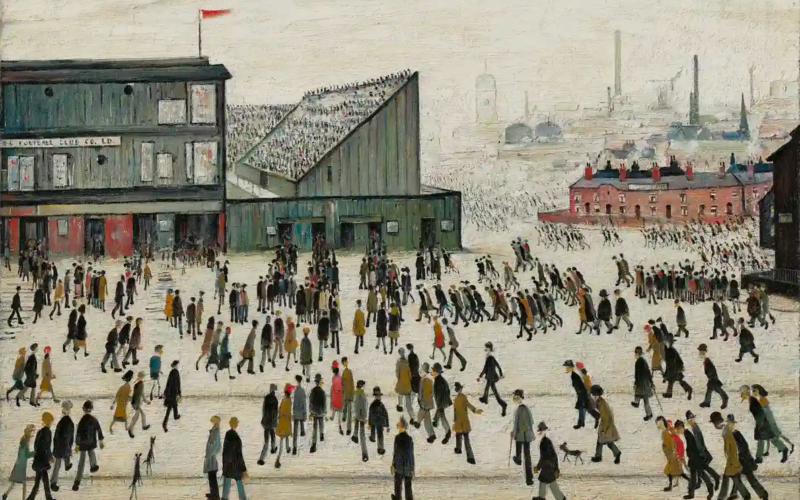 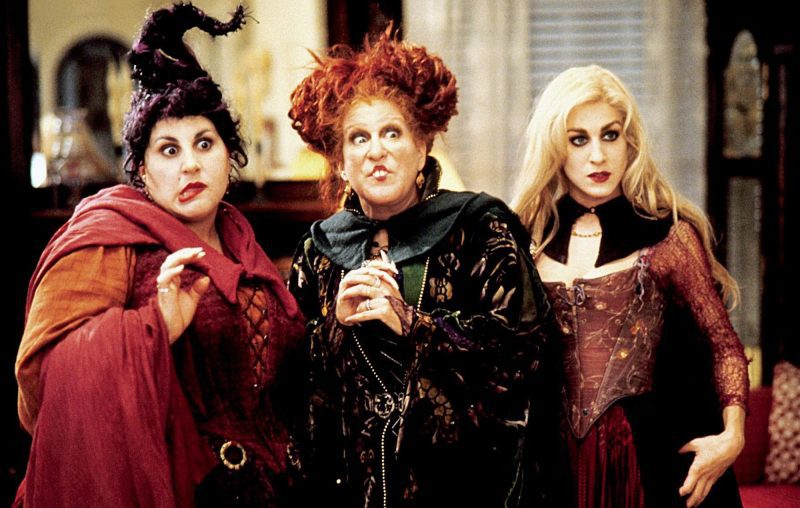 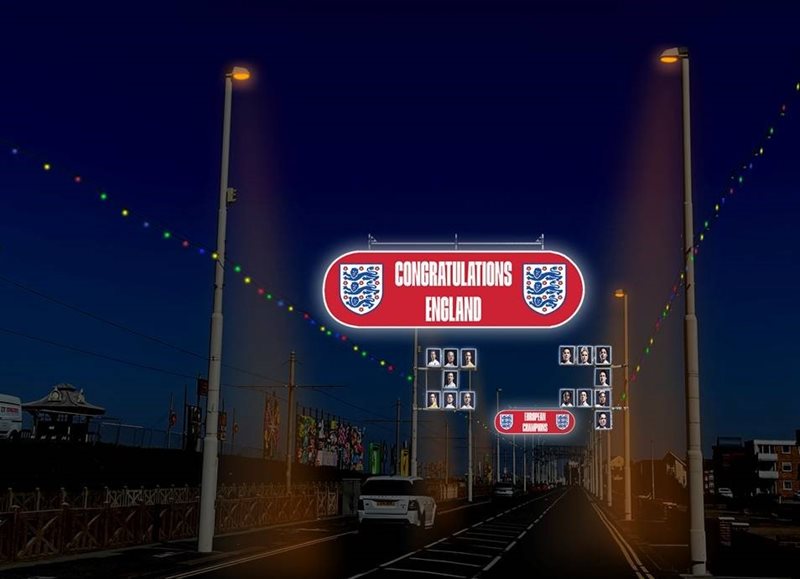 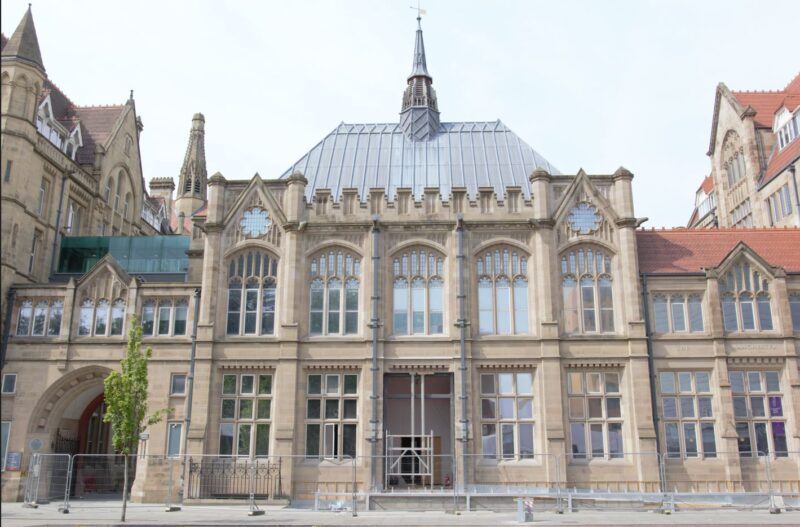