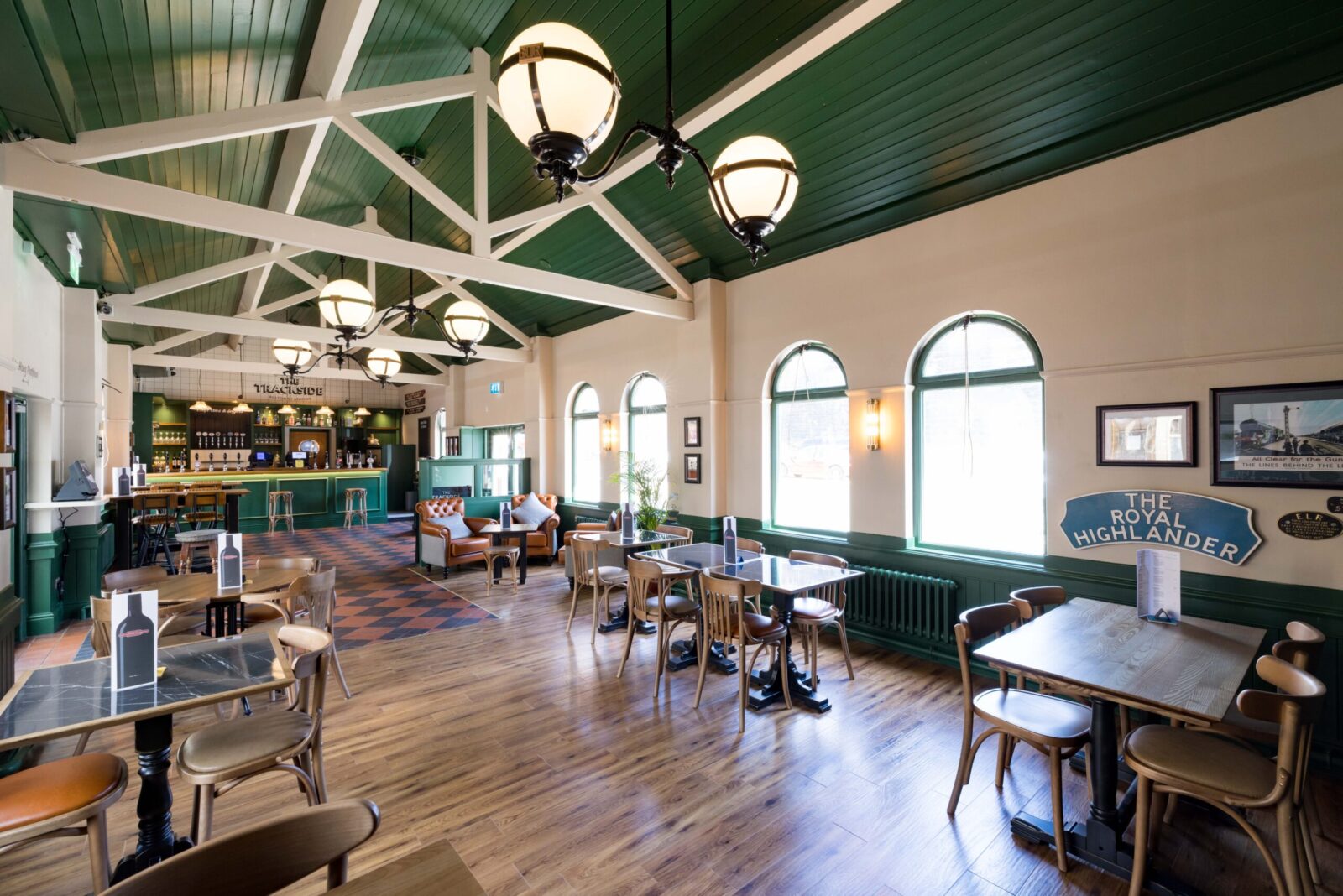 One of Manchester’s quirkiest pubs has reopened after a major renovation project – and it’s celebrating with free drinks.

The Trackside, which stands on the beloved East Lancashire Railway, will also reopen with a new menu.

The award-winning pub was recently named Bury Area Pub of the Year, thanks to its selection of real ales and ciders.

Its makeover has seen it given a fresh, modern look inside, and an upgraded beer garden on the railway platform itself.

To mark its new look, the award-winning boozer is offering free drinks next week, including prosecco, house wine, Odin ale or house lager.

The first 50 people who pass through the door on Monday 6 June, Tuesday 7 June, Monday 13 June and Tuesday 14 June, will be given one free drink – before diving into the selection of wines, cocktails, prosecco, champagne, and (of course) beers on offer.

Dan Prince, manager of The Trackside, says: “We’re still offering old favourites including our award winning real ales and ciders but introducing some exciting new drinks and launching our long awaited food menu, ideal for an evening meal or a family get together.

“The pub has a great vibe, perfect for friends to meet and catch up, and allowing families to have a full day out on the ELR line and finish the day off having food and drinks with the kids.”

Mike Kelly, Chairman of the ELR, adds: “Those seeking a unique experience have the opportunity to enjoy our high quality menu and wide selection of drinks, with a real heritage railway in view, watching iconic steam locomotives pull in and leave the station and even hop on one when they’re ready to leave.”

The Trackside will be open 12pm-10pm Monday-Tuesday, 10am-11pm Wednesday-Saturday, and 10am-10pm on Sundays.