Planning permission has been granted for the Gorton landmarks to make way for a new state-of-the-art high school and housing estate. 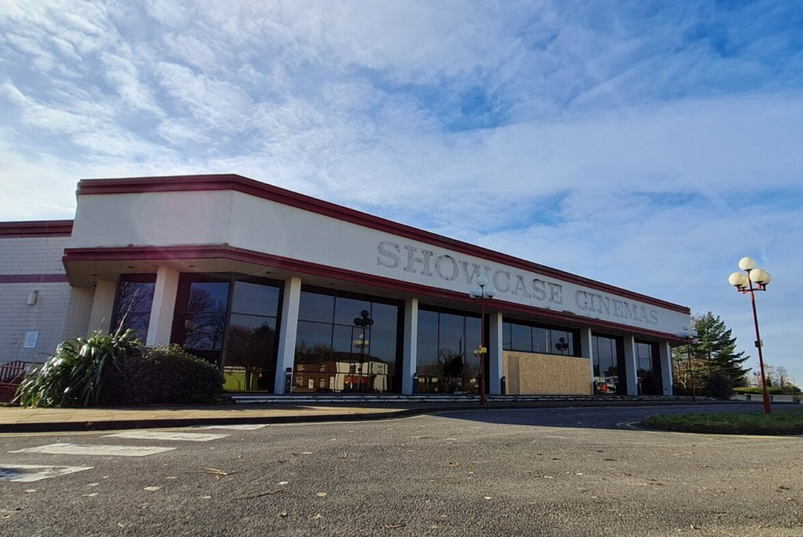 Demolition work has officially begun to pull down two of East Manchester’s most memorable landmarks.

It comes after it was announced that the Gorton landmarks would make way for a new state-of-the-art high school and housing estate, with planning permission for the scheme granted in December 2019.

Despite it being reported last September by the MEN that campaigners had launched an 11th hour bid to save the venue, the former Belle Vue Stadium – which opened in 1926, and was seen as a crown jewel of the community as the first purpose-built greyhound racing stadium in the UK – is set to be replaced by 167 houses and 80 apartments.

Due to its listing as an ‘asset of community value’, campaigners were given a six-month window to try and raise enough money to make a bid for it, but that window has now sadly passed and developers have now acquired the 12-acre site.

Local residents and passers-by have noticed that the stadium has now been fenced off, with demolition work underway and that is set to last around 26 weeks.

Speaking on the start of demolition work, Gordon Innes – Managing Director at Countryside Properties – said: “We’re making great progress in our regeneration of this important site and have now commenced a delicate demolition and remediation process following the detailed archaeological excavation of the land.

“It is extremely important to us to recognise the heritage of Belle Vue and pay homage to its iconic status.

“We have taken great care to record original parts of the stadium during the soft strip of the structure so that its history will be preserved while we strive to deliver much-needed affordable housing in East Manchester”.

Diggers were also reported to have moved in on the site of the iconic Showcase Cinema – which was confirmed to have closed for good in October 2020 – towards the end of April.

Showcase Cinema – which occupied the site of the famous Belle Vue entertainment complex – was unlike anything the area had ever seen before when it first opened on Hyde Road back in 1989, and it was one of the first multi-screen venues to open up in Manchester – bringing blockbuster flicks, quick queues, and car parks to fit a 1,000 cars along with it.

A series of photos captured by local urban explorer Exploring with Jake – known to his 47K+ followers for “exploring abandoned buildings and old work places in the UK” – went viral back in February, and showed the cinema’s well-known frontage appearing rather run-down, with the inside also looking like a shell of its former self.

It was a pretty eerie sight for anyone who has fond memories of the place, but it wasn’t set to be an eerie sight for long as Showcase Cinema agreed to sell the land to Manchester City Council last year.

A formal planning application to redevelop the extensive plot was officially lodged in January.

This news also gave Mancunians a glimpse at plans for The Co-Op Academy Belle Vue – which will be a free school for 1,200 pupils – for the first time, before it will welcome its first set of 120 Year 7 students this September.

The plans released to the public showed a modern L-shaped building split into three ‘zones’.

Things are going to look very different, that’s for sure.

“We are very excited about this new school for East Manchester,” said the Head of The Co-Op Academy Belle Vue, Benjamin Barker – who started in the role in January.

“Being able to build and help develop the Belle Vue area and help provide much-needed school places is very important and we are very pleased that Manchester City Council chose Co-op Academies Trust to help make this goal a reality.”

He added: “We’re here to improve the whole community, not just those who attend our new school.”

Councillor Garry Bridges – Executive Member for Children and Schools at Manchester City Council – also added: “We’re fully committed to ensuring there are enough school places right across the city in the areas where they’re needed, and that all children and young people in Manchester, regardless of where they live, benefit from the best education in the best buildings.”