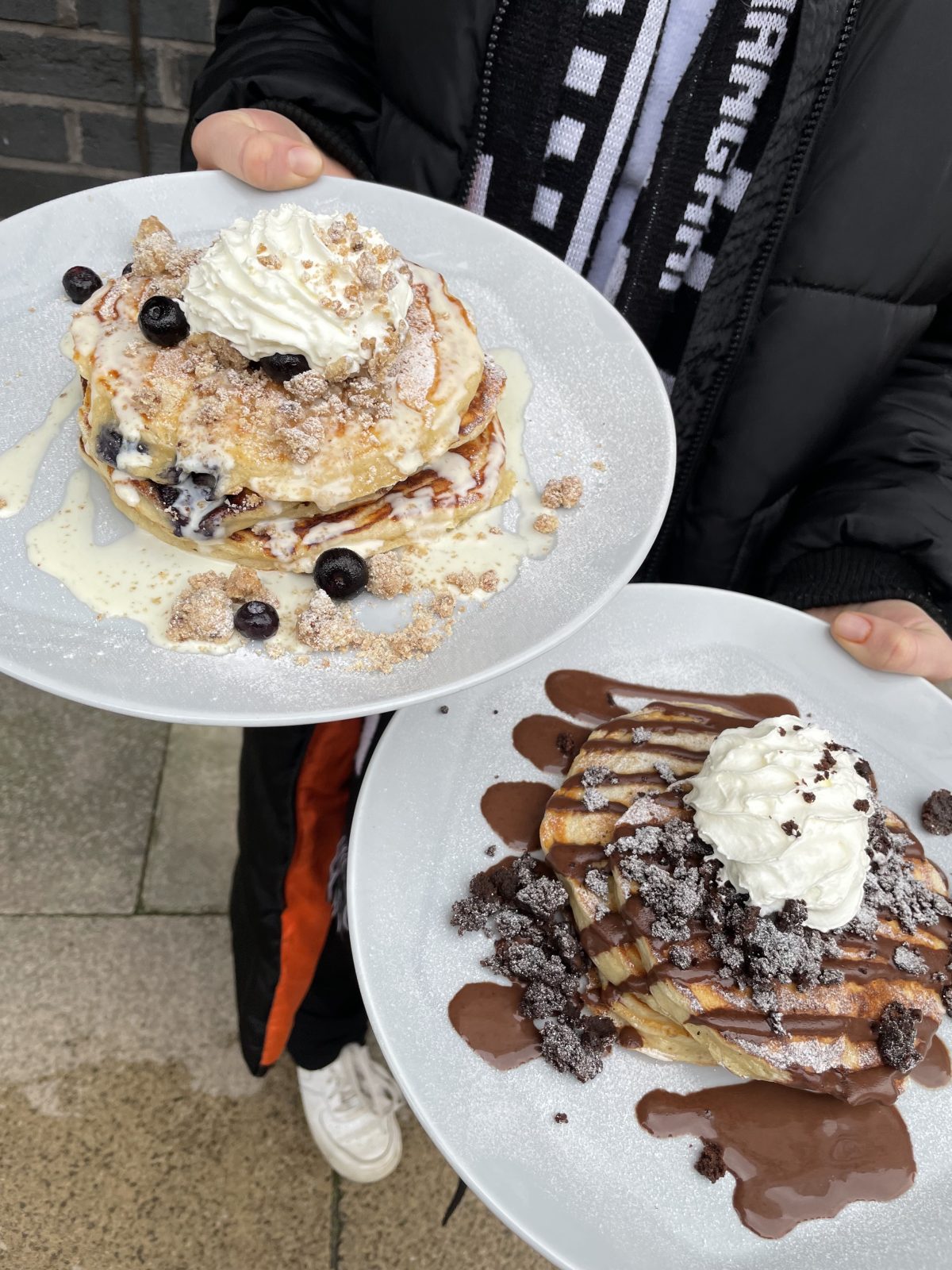 Not content with celebrating on just one day, the team is stretching Shrove Tuesday out into the whole week, serving up delightful late-night pancake stacks loaded with the likes of blueberry crumble, maple syrup, Kinderella cream and hot fudge from 4pm.

After that, they’ll be launching a new birthday-themed menu from 7 March to celebrate the cafe’s 7th anniversary with plans to introduce more cakes, cookies, gelato and brownies as the weeks go on.

Black Milk loyalists will be happy to know that the famous milkshakes are staying, and pancakes will become a regular feature of the menu going forward too.

The brand is also working on a special new flavour of its lauded cream spreads, due to be released this spring.

Bosses have used the closure to give the site an overhaul: refreshing the interior with new ‘chocolate bar’ tiling, replacing the patterned wallpaper with fresh, neutral pale pink walls and installing a brand new kitchen for their new head baker, Kendra Groves.

An award-winning pastry chef, Kendra has recently moved to Manchester from Queensland, Australia to take on the role, having previously run her own bespoke cake business Wild Child Cakes back home.

As Wild Child Cakes, she has baked up some crazily Instagrammable and colourful creations, decorated with everything from ‘drunken Barbies’ clutching miniature bottles of Absolut vodka, to festive dragons and gnomes – so we’re very excited to see what she’s going to create for them here in Manchester.

She tells us that for Black Milk’s birthday week, she’s planning on creating a huge “five-tier extravaganza” combining “lots of colour, sprinkles, and things like that.”

Old school flavours will be the order of the day, with the buttery, vanilla birthday favourite that is funfetti due to make an appearance – perhaps crossed in some way with every Mancunian sweet tooth’s other obsession, Lotus Biscoff.

This week, the cafe will only be open during the evenings as they get settled back in with their new team.

Doors will open 4pm until 8pm from now until Friday, then on the weekend a soft launch for the site will see opening hours run from 12-8pm.