Boujee's Chester restaurant has been sold in a 'pre-pack' deal 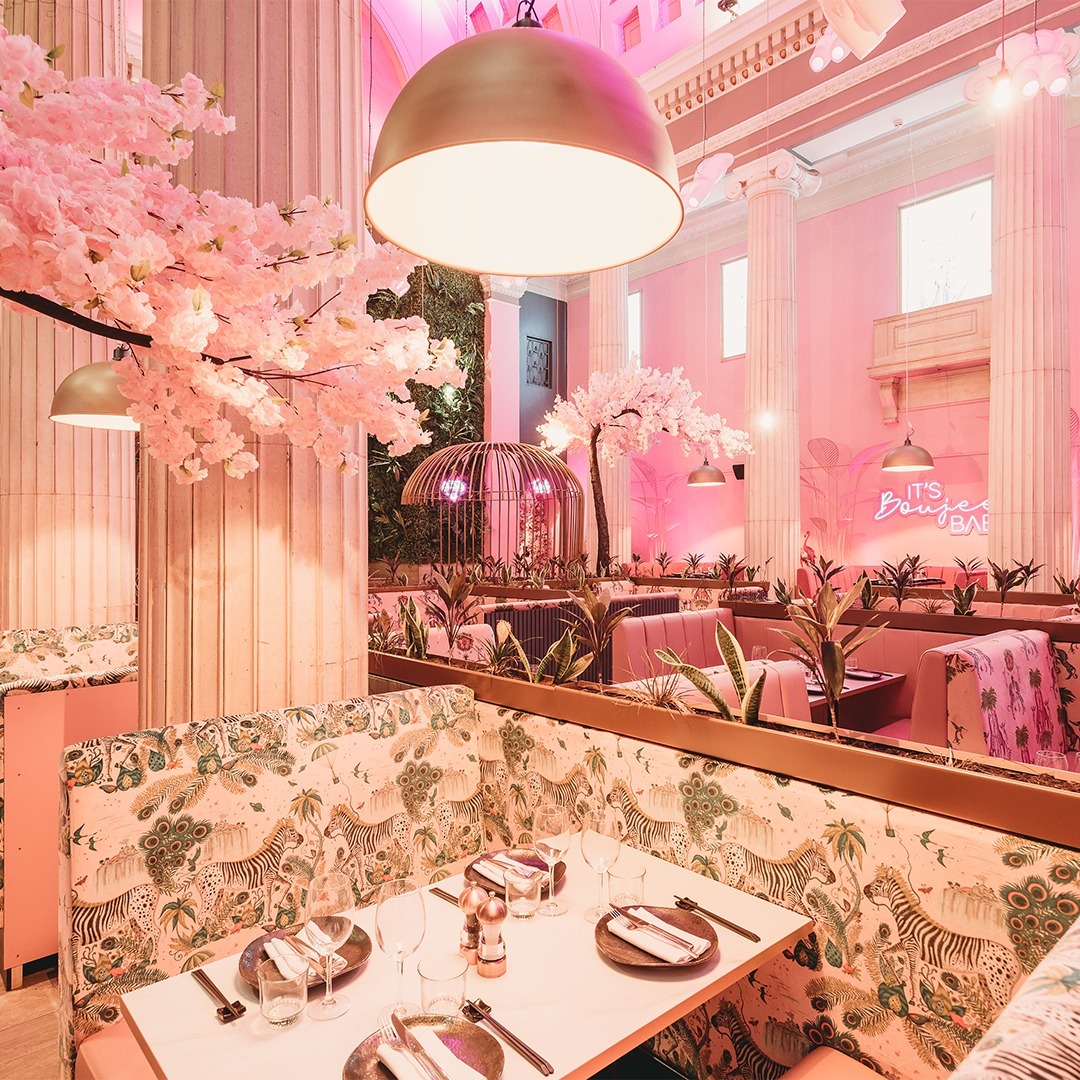 The all-pink ‘Instagrammable’ restaurant chain Boujee has reportedly sold off its Chester restaurant in a ‘pre-pack deal’, just two weeks after the closure of its Manchester site was revealed.

The news follows months of difficulties for the business, which opened three sites in quick succession during the Covid-19 pandemic – starting with a Liverpool site in December 2020, followed by its Manchester and Chester sites in 2021.

At the beginning of this month, signs appeared outside the Manchester restaurant saying that Boujee restaurant had closed for good.

A note reading ‘closed, so sorry’ was taped to the front of the all-pink restaurant at the start of October and has remained there since, following the announcement that the group would be closing its Liverpool site in August.

Now, according to reports in UK trade publication Big Hospitality, the final restaurant in the trio has also gone.

The publication writes that Boujee’s Chester restaurant has been sold in a ‘pre-pack’ deal, “saving the jobs of all 32 staff.”

The news of the sale, which sees the Chester restaurant sold to one of the original founders, follows the appointment of joint administrators Lisa Moxon and Ben Barrett of Dow Schofield earlier this year.

Sadly, the deal comes too late to protect the jobs of staff at sites in Manchester and Liverpool.

Boujee by name, boujee by nature, the group had become known for its Barbie and Ken box insta traps and Champagne rooms dedicated to Laurent Perrier’s pink fizz.

Here, a bottle of champagne costs £90 for a Laurent Brut and up to £750 for Laurent Perrier Rose Jeroboam, whilst cocktails will set you back a minimum of £9 a glass.

The group also counted Real Housewives of Cheshire star Lystra Adams as a director, although it is understood she has recently stepped away from the business amidst its troubles.

In a statement on the sale of the Chester restaurant, administrator Lisa Moxon said: “The hospitality sector has faced tough times during and since the pandemic which have taken their toll on the Boujee business.

“The company’s initial trade-in was positive despite the Covid restriction at the time, although during the lockdowns it made a loss and as a new business was unable to access the majority of Covid support packages.

Read more: The Chorlton bagel shop making its own pastrami out back

“In late 2021, the Liverpool venue was failing to achieve its expected turnover which resulted in significant cash flow difficulties. These were compounded by increases in food and drink costs which could not be passed on to customers.

“Despite the closure of the Liverpool restaurant and efforts of the directors, the company’s financial position has continued to deteriorate with turnover continuing to fall.

“Having explored all the options, we believe the pre-pack sale is the best available outcome for creditors and employees. It will enable Boujee to continue to trade and build its profile in Chester whilst saving the jobs of the 32 staff. We wish them all the best for the future.”