Calum Best, Robbie Savage and Sam Allardyce are just some of the names already confirmed to be taking part. 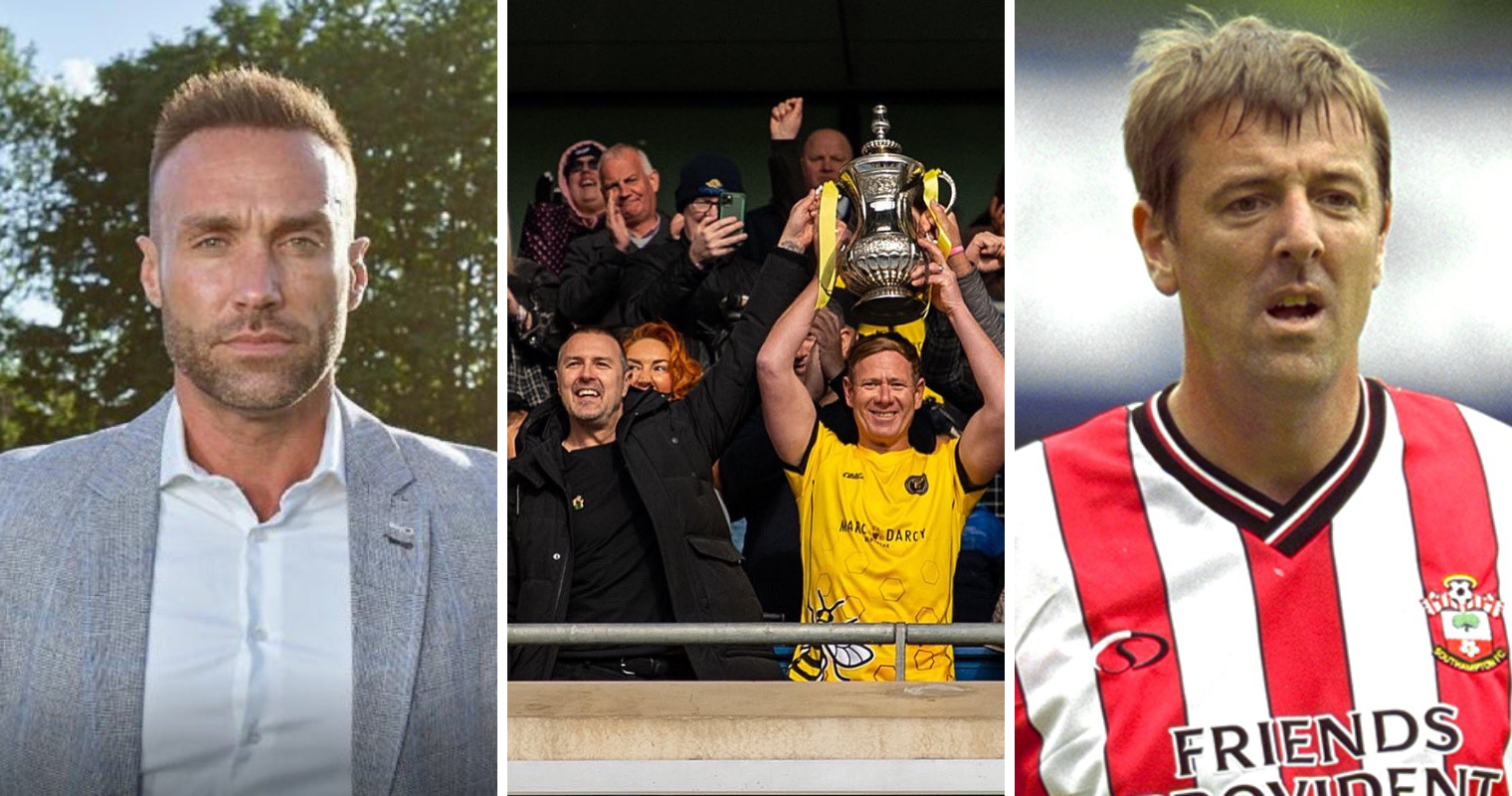 Dozens of celebrities and former footballers are getting together once again for the Manchester Remembers charity football game in 2023.

Founded by firefighter turned fundraiser Aaron Lee, who was one of several first responders on the frontline following the Manchester Arena attack, the organisation has been running since 2021.

To make the day even more special, a whole host of familiar faces have been turning up to show their support and this latest fixture is no different, as even more celebs and ex-pros are joining the line-up.

With former England boss Sam Allardyce once again returning as Legends manager and opposite number Peter Reid taking charge of the Celebs dugout, not to mention ex-pros Matt Le Tissier, Dean Holden and more taking to the pitch, it’s sure to be another brilliant occasion.

As an added bonus, Manchester Remembers are now calling on local artists to come and perform on the day, promising to make this latest charity game bigger and better than ever.

The organisers have insisted that in addition to putting on another memorable match for an important Manc cause, they have kept ticket prices affordable given the ongoing energy and cost of living crises.

The game will be held at Oldham Athletic FC‘s home ground, Boundary Park, in May next year.

Last time out, the likes of Paddy McGuiness, Shaun Goater, Paul Merson, Wes Brown and many more laced up their boots to raise money for the families of the Arena victims. We’re sure you’ll see a fair few of them returning again in May.

As for the celebrities confirmed for this year so far, new signing Calum Best has joined the likes of Robbie Savage, actors Joe-Warren Plant and Jay Kontzle, as well as Love Island‘s Dom Lever, with many sure to sign up in the coming months. Wonderful stuff.

The money raised from this latest match will go towards the following five charities set up by a number of families who were among the 22 victims killed in the 2017 explosion.

We spoke to Lee ahead of the previous match held at Manchester City‘s Academy Stadium back in March this year:

The last game held earlier this year raised over £80,000, a truly incredible sum that massively benefitted those affected by the tragedy.

You absolutely love to see it.

Lee told The Manc: “After seeing the positive reaction to the first match and how the £82,000 raised will be spent it spurred us on to make this an annual event featuring football and music.

“We’re grateful for all the support we have had from players, musicians and celebrities; we couldn’t do it without our team and most importantly the people of Manchester and beyond who turn up and enjoy a brilliant day of entertainment, so thank you all from the bottom of our hearts”.

The Manchester Remembers charity match kicks off at 3pm on 7 May 2023 at Boundary Park. You can grab your tickets HERE.