Martin has been recognised after making it his mission to "turn an appalling act of terror into a force for greater good". 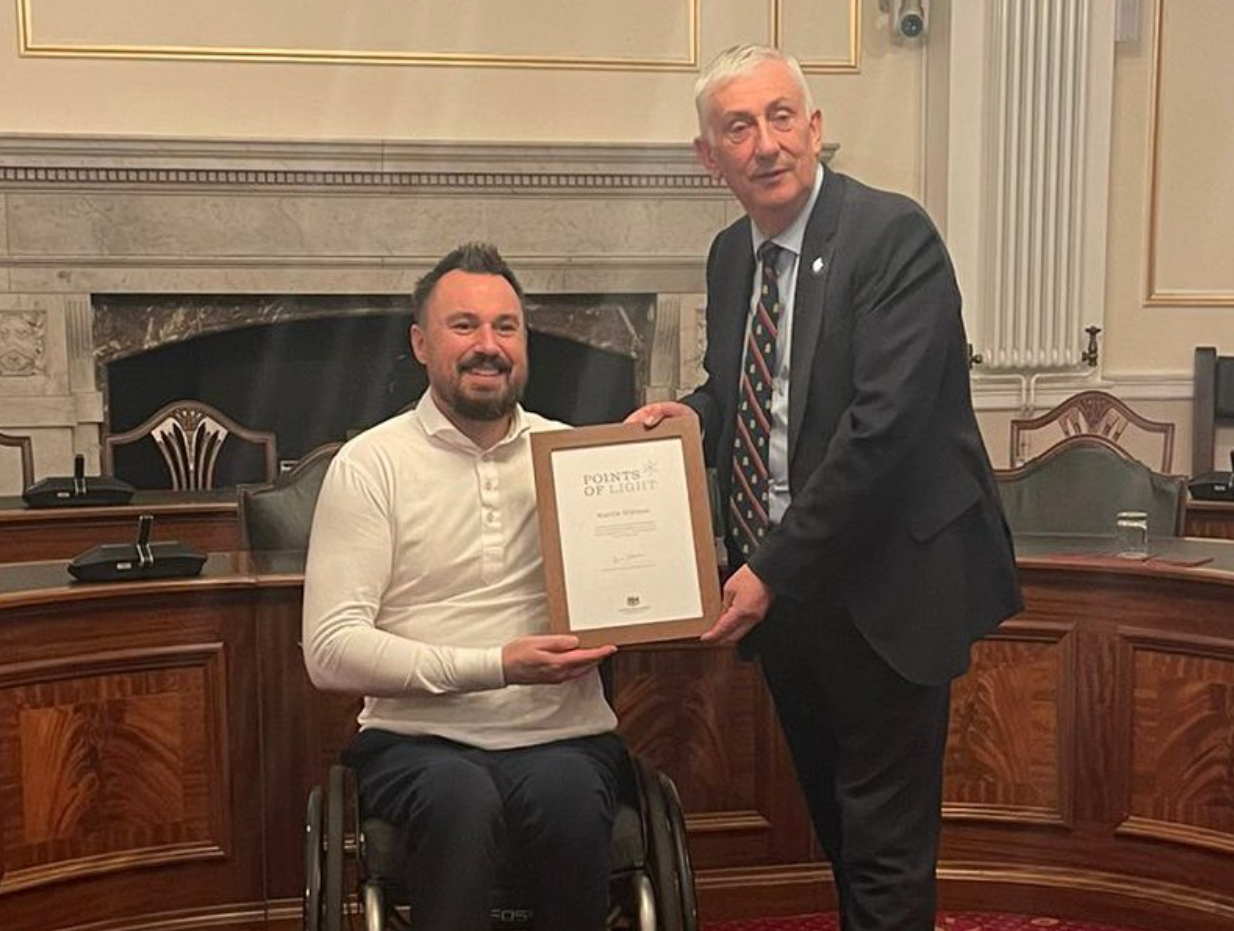 A father who was paralysed in the Manchester Arena attack has been presented with a prestigious award that celebrates “inspirational” volunteers.

Bolton-born football agent Martin Hibbert – who was the closest casualty to the bomb blast to survive – suffered 22 shrapnel wounds and was left paralysed from the waist down when he and his teenage daughter were among the hundreds of people injured in the terror attack at Manchester Arena on 22 May 2017.

Since that horrific day, Martin has shown true fighting spirit and always made it his mission to “turn an appalling act of terror into a force for greater good” by raising worthy funds for Spinal Injuries Association (SIA).

Martin won his place in the hearts of the nation when scaled 19,308ft to the top of Africa’s highest mountain Mount Kilimanjaro in an epic expedition earlier this year.

Now a wheelchair user, Martin used a custom-built handbike for the challenge – which he said he was inspired to do after learning that only one in three people with spinal cord injuries receive treatment at specialist centres.

Martin credits his recovery to support from the association and the dedicated care he received by staff at Salford Royal Hospital, and as a fitting tribute to the people who “changed [his] life” and “put [him] back together”, he completed the challenge alongside his friend Stuart Wildman – a consultant nurse who cared for him from the very beginning in the Major Trauma Unit at Salford Royal.

Martin says his work as an SIA trustee offers “hope, confidence, and practical skills” to other people paralysed by spinal cord injury, and helps to “move mountains” in promoting optimism and inclusivity for life after injury.

And now, with his fundraising target firmly in sight, the 45-year-old has been presented with the prestigious Prime Minister’s ‘Points of Light’ award – which is given to outstanding and inspirational volunteers making a difference in their community to “celebrate, encourage, and promote” volunteering and the value that it brings to the country.

He was presented with the award by Chorley MP and Speaker of the House of Commons, Sir Lyndsay Hoyle, at Chorley Town Hall last Friday.

“It’s an honour to receive the Points of Light Award for my Kilimanjaro climb,” Martin said on receiving his award last week.

“It was the hardest thing I’ve ever done, but it is only part of the full story. Because we all have our own mountains to climb every single day, my true ambition is to enable every spinal cord injured person to receive the specialist care and support they need to live the life they choose and reach their full potential.”

Sir Lyndsay said Martin’s bravery and determination is ‘truly inspirational”, and that he represents everything the award stands for.

Keen to show your support to Martin? All donations towards Martin’s target of raising £1 million for the Spinal Injuries Association (SIA) can be made via his official JustGiving page here.

More information and updates can also be found on Martin’s website.