Eyewitnesses said the crater appeared on Walmer Street during a dramatic evening of weather across the region. 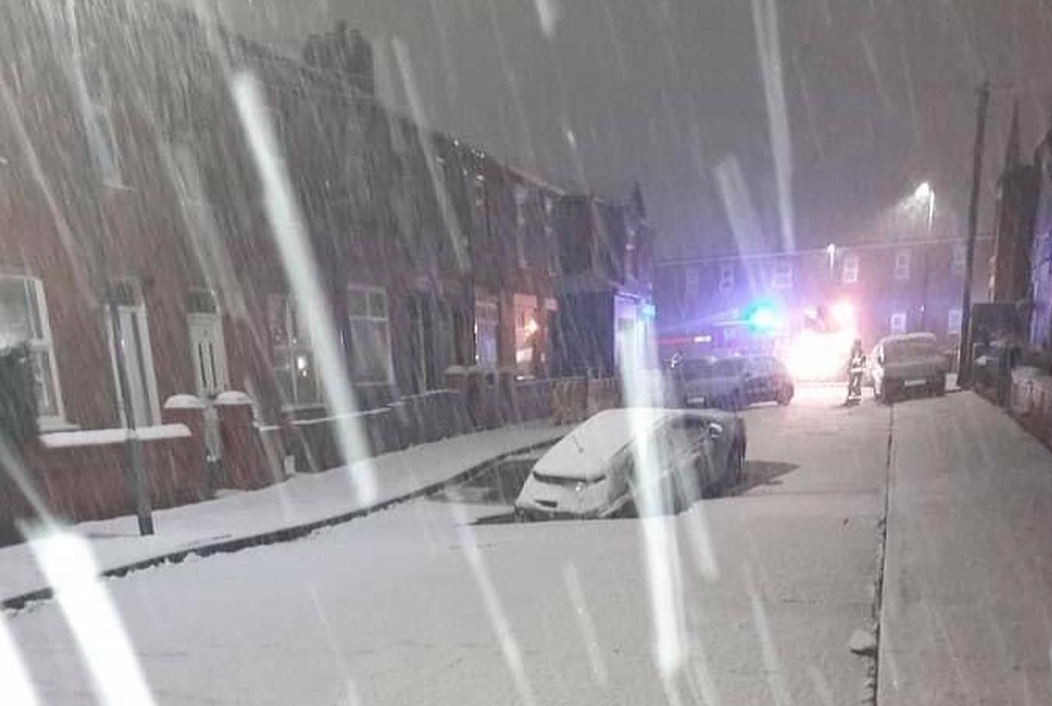 Dramatic eyewitness photos have emerged of a large sinkhole that has opened up on a residential street in Gorton yesterday evening.

The crater is confirmed to have appeared on Walmer Street in Abbey Hey.

Although no exact details explaining the cause of the collapse have yet been confirmed, the road surface appears to have buckled and left a large crater of about four square metres, with photos of the scene shared on social media earlier in the evening showing a car being partially swallowed up by the hole.

The vehicle has since been removed.

Part of the street was seen to have been cordoned off by barriers and the emergency services remained at the scene late on Wednesday night.

Greater Manchester Fire and Rescue Service were in attendance at the incident, while police officers were also at the scene speaking to residents, and surveyors were also understood to be at the site assessing for any structural damage to surrounding properties.

It comes after Greater Manchester has experienced weather on all ends of the spectrum over the past 24 hours.

The incident happened on an extraordinary and dramatic evening, which saw most areas of the wider region covered in a blanket of snow, following a day of torrential rain from Storm Christoph.

An amber weather warning issued by The Met Office – which has now been lifted – saw heavy rain and snow continue to fall across Greater Manchester throughout the night, which forced the residents of 2,000 homes in East Didsbury, West Didsbury and Northenden to temporarily leave their properties as a means of protection.

Emergency services have been helping those affected across the region this morning, while Environment Agency teams have deployed temporary flood defences and close flood barriers.

A further 18 flood warnings and 14 flood alerts are also still in place across the region.

The Environment Agency and the Met Office has warned that heavy rain and snow showers are expected to continue on Thursday 21st January and into the weekend.