At Blinker you'll find a heavy focus on classics - with sections dedicated to the martini, old fashioned, and seasonality 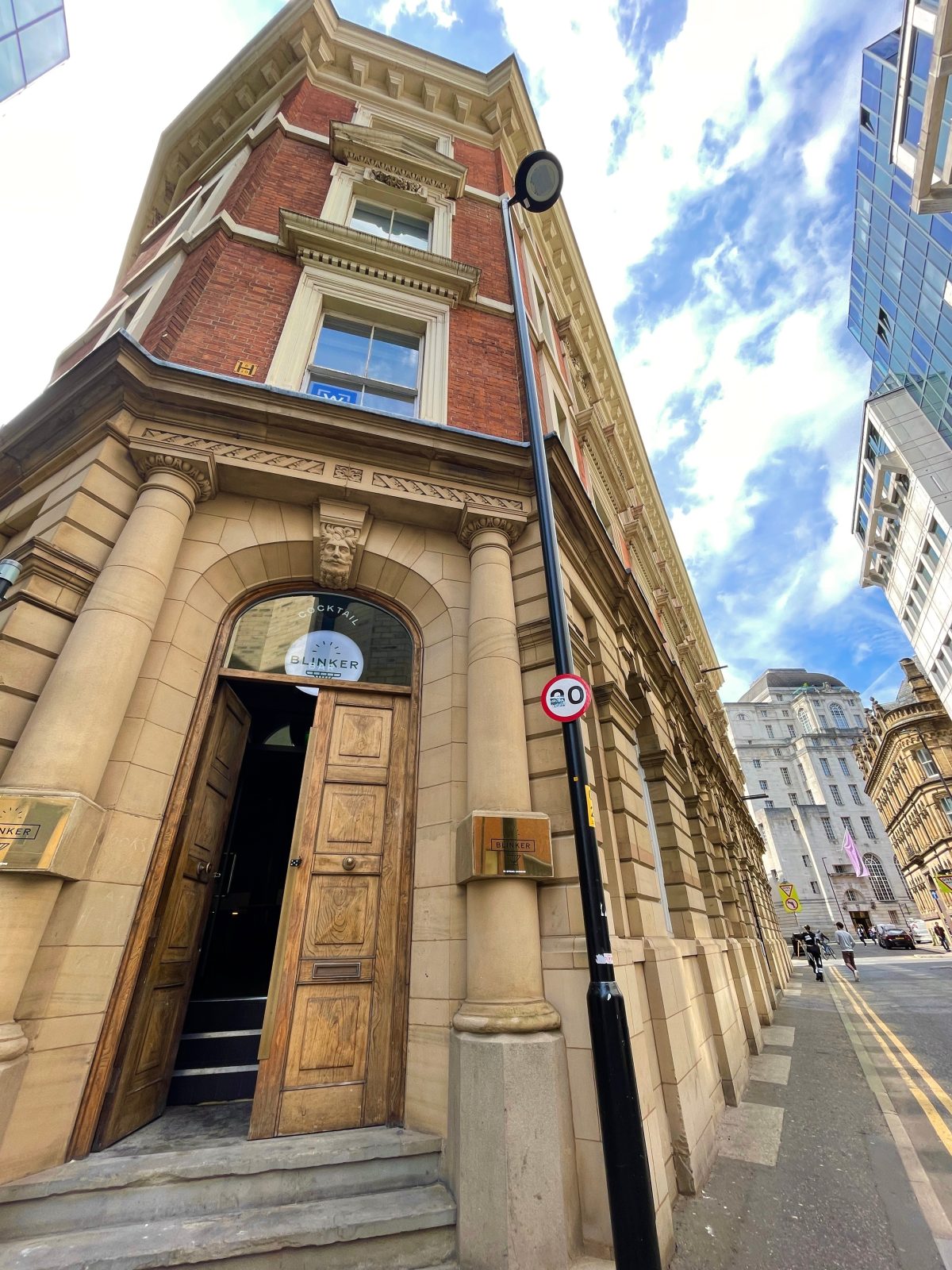 American humourist James Thurber believed that “one [martini] is all right, two is too many, and three is not enough”. After spending a night drinking at Blinker, I’m inclined to agree with him.

The latest addition to Manchester’s ever-growing hospitality scene, this new cocktail bar from ex-Gordon Ramsay bars boss Dan Berger sits right at the top of King Street and is, quite frankly, dangerously close to my office.

There are three parts to the menu – a dedicated martini section, another focused on old fashioneds, and a third that changes seasonally to champion four local(ish) ingredients. This month, it’s all about mint, pomegranate, rhubarb, and nectarine.

The bar’s name itself is inspired by a vintage Prohibition-era cocktail, the Blinker, which lost favour for many years to its trendier and more mainstream counterpart: the whiskey sour.

Another word for blinders, some say the name references tackle used to cover horses’ eyes – but it could just as well nod to Prohibition rule-breakers blinded by methanol-laced moonshine, a hazard of the era.

Either way, it’s deliciously strong – and sits proudly at the top of the menu as Blinker’s signature cocktail.

And if that doesn’t do it, Blinker’s Champagne martini certainly will.

Unable to resist that particular section, we dove straight in with a classic Martinez – which seemed fitting, being the direct precursor to the martini – before moving on to sample a dry Vesper martini and a sweet Champagne martini, both viscously ice-cold.

We try other things too: a sharp and frothy rhubarb sour, a fiery ginger and rhubarb drink, a tropical old-fashioned, and a Southside fizz, but after leaving I just can’t stop thinking about the martinis.

It’s hard to find a good martini in Manchester, or rather, it has been until now. There are a few usual suspects: the bar at Hawksmoor, or Schofield’s, but this is the first time I’ve seen a section here dedicated to exploring the classic, done well.

By the end of the night, I’m with Dorothy Parker – or at least, feeling mindful of the words often attributed to her: “I like to have a martini, two at the very most –After three I’m under the table, After four, I’m under my host.”

My advice: order some Gordal olives and almonds on the side to keep you going and, if you over indulge, prepare to feel a little sensitive the next day. Personally, I’ve no regrets.