A 51-year-old man has been remanded in custody. 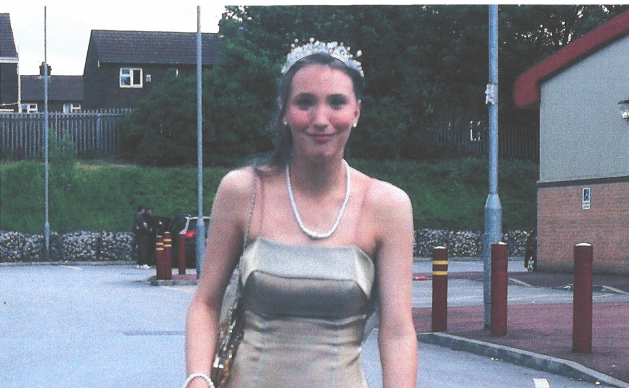 The family of Elizabeth (Lizzy) McCann have paid a moving tribute to the 26-year-old, as a man is charged with rape and murder.

Lizzy died at a property on Manchester Road in Ashton-under-Lyne on Thursday 25 August.

Simon Goold, 51, of Manchester Road, has been charged with murder, rape, and assault by penetration, and has been remanded in custody pending his Manchester Crown Court appearance tomorrow.

They said in a moving tribute released through GMP: “Elizabeth was a very happy and bubbly young lady, who loved to help everyone.

“She loved to go on walks to places like Hartshead Pike, Dovestones and along the canals. Her favourite place to go was Blackpool, especially at Halloween, to see all the decorations and the costumes people were wearing.

“Elizabeth had the biggest heart anyone could ask for, and the warmest smile.

“She was taken from us too soon, the world hadn’t gotten to know the love Elizabeth gave. She will be deeply missed by her family and friends.”

Elizabeth’s family have asked for privacy whilst they grieve her loss.

Read more: The bargain Wigan house for sale with a suspicious-looking history

Detective Chief Inspector Liam Boden, of GMP’s Major Incident Team, said: “On behalf of all involved in this investigation, I send condolences to Lizzy’s family. Specially trained officers have been deployed to liaise with them.

“We are aware of the impact the news of Lizzy’s death has had on the community in the last 24 hours so extra officers remain in the area for reassurance.

“Though a suspect has been charged, our enquiries are ongoing so we continue to appeal for anyone with information which may assist us to contact ourselves or Crimestoppers, anonymously, as soon as possible.”