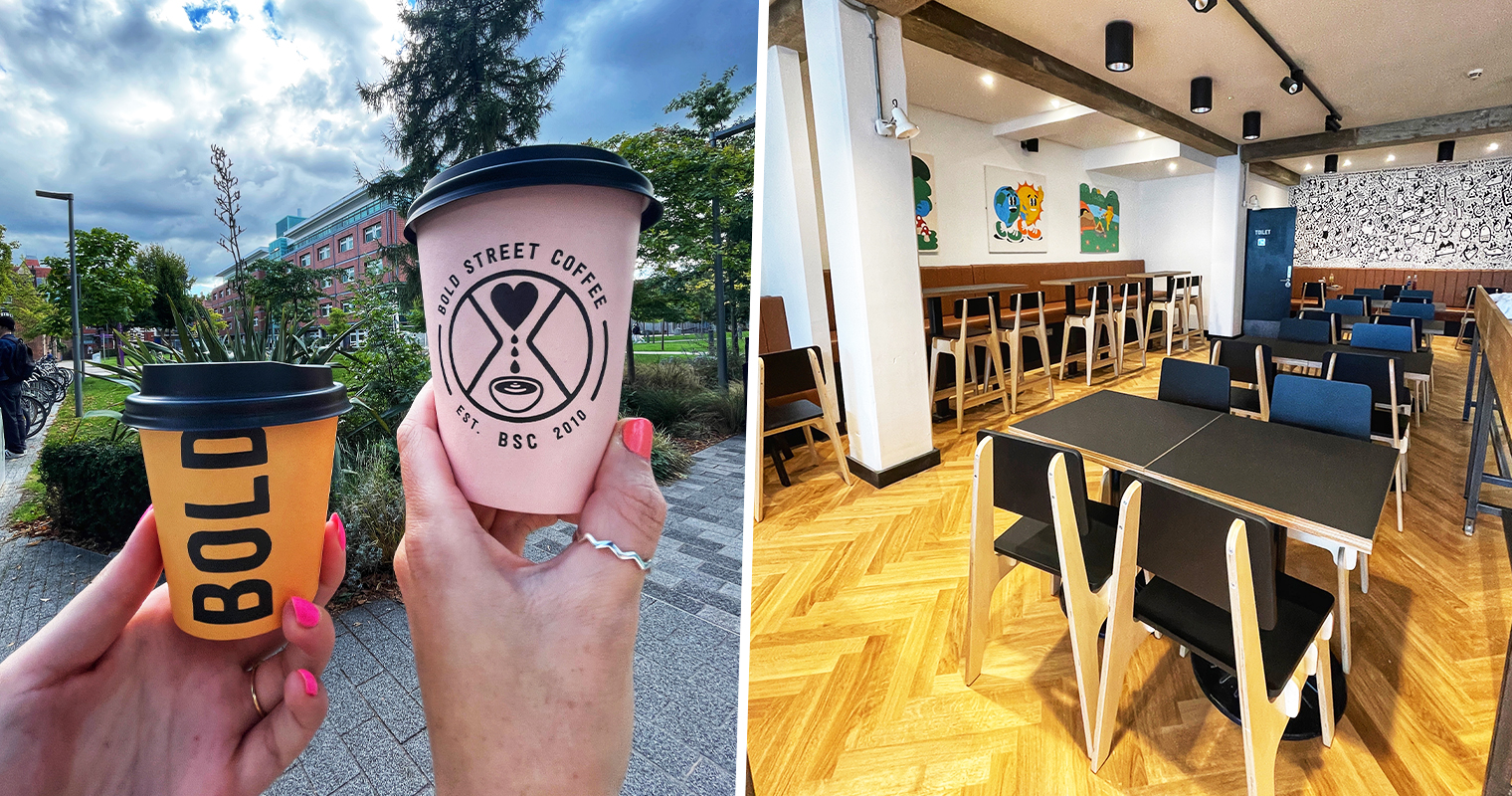 Bold Street Coffee is about to open its second site in Manchester city centre, just months after opening its first.

The specialty coffee house, which launched on Bold Street in Liverpool in 2010, has taken up a unit at the leafy University Green just off Oxford Road.

An outdoor terrace looks out over the university buildings and the green, with space inside for up to 80 people – their largest opening to date.

The new site will serve up the same menu of food – think egg boxes, signature BSC frys, and hearty bowls of super porridge and granola.

Their staple Buoys will be back – a lightly toasted brioche bun packed with scrambled egg and melted cheese, as well as fillings including sausage patties, bacon, hash browns, avocado and mushroom.

Bold Street Coffee’s incredible butties are on offer at the University Green cafe too, including their chicken katsu club, classic egg mayo, and vegan roasted chickpea and avo with beetroot hummus and rocket.

As with its other sites, the venue is dog- and family-friendly with Babaccinos and Puppaccinos available on request.

Its new coffee shop will open in time for the return of university students, and has been kitted out with some modern library-style desks for those wanting to study with top-quality coffee.

“The transformation to the Oxford Road corridor in the last few years has been dramatic and the ever expanding, vibrant University makes this a diverse and exciting place to set up the next BSC after its opening success on Cross Street.

“We are pleased at GSG to be adding extra roots in the Manchester food and drink scene with more to follow later in the year.

“After such a difficult few years, there is an air of expectation around and I think this marks the start of an exciting time for the city, speciality coffee and Northern Hospitality.”