Amongst the piles of litter were beer bottles, canisters and disposable BBQs. 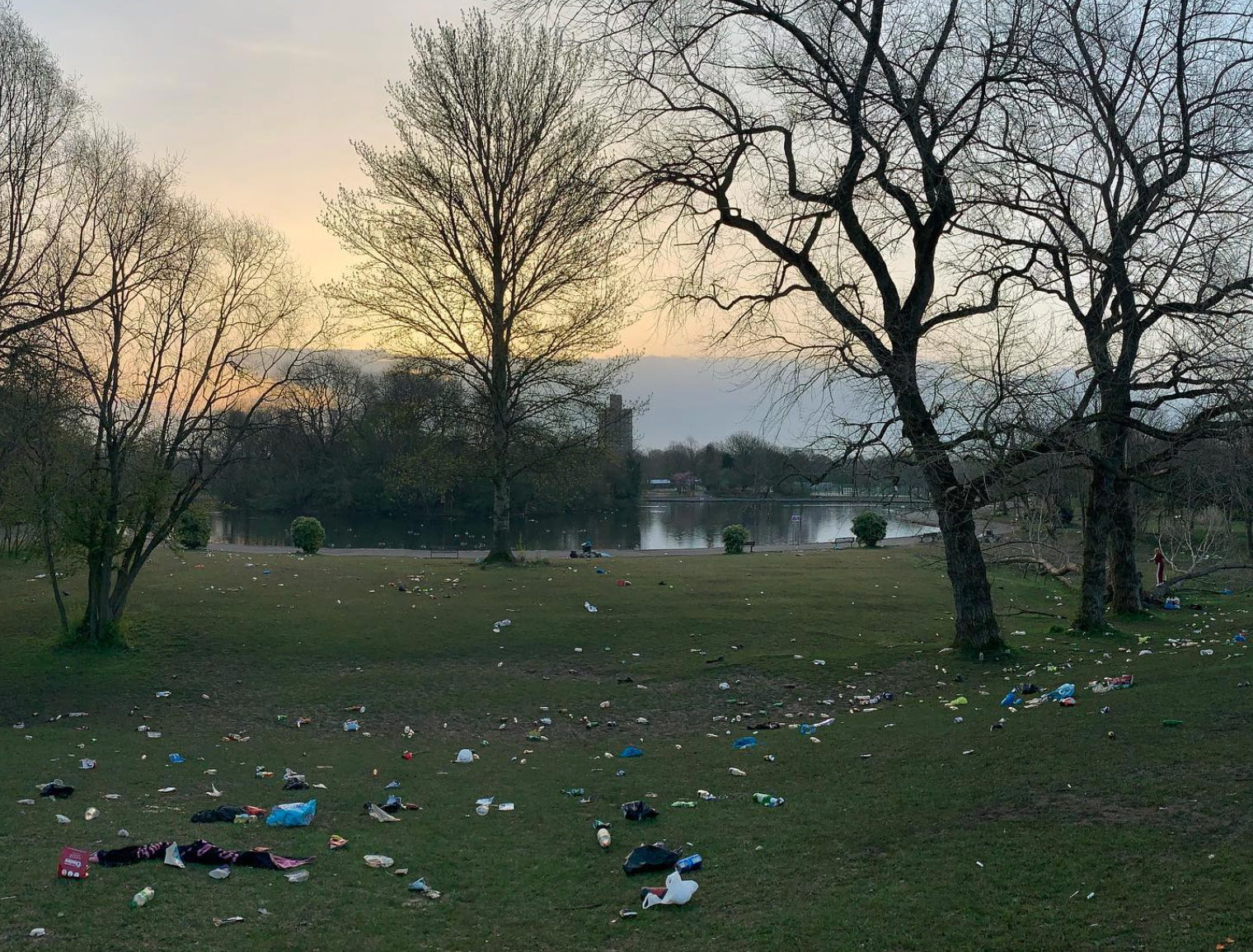 One of Manchester’s most popular green spaces was left strewn with litter after thousands descended to enjoy the sunshine.

As the region was blessed with uncharacteristic warm weather yesterday, with the sun shining and temperates reaching the high teens, people flocked to Platt Fields Park in Fallowfield to make the most of it.

Images of hoards of crowds gathered were seen posted to social media.

Although unconfirmed at this moment in time, police estimated that up to 3,000 people could have gathered there, as the mini heatwave saw crowds continue to grow throughout the day.

It comes after the second phase of ‘Step One’ in the government’s roadmap to lifting England’s current national lockdown commenced this Monday – with the end of the ‘stay at home’ order, the return of the ‘rule of six’ for outdoor meeting, and the resuming of outdoor sporting activities among the measures introduced.

After images of both the scenes of the crowds gathering, and the subsequent litter found left behind, emerged this morning, local residents have taken to social media to express their opinions.

Opinions were voiced from a number of perspectives.

While many pointed out that the gathering of socially-distanced groups is permitted now that up to six people from various households can meet outside, others were not suitably satisfied that necessary restrictions were being stuck to.

One local resident told the MEN that the mess left behind by the sun-seekers was “disgraceful”.

“The top of the hill is covered with litter and even though some people do try to throw their rubbish away, the bins are completely overflowing so they can’t.

“I am really worried it is going to attract rats.

“I can’t even walk my dog when the weather is nice as there are so many people who are drunk and disorderly and it is frightening”.

Some locals took clean-up of the park into their own hands late last night, with one resident – who is part of the Green Paw Project – taking to the popular Chorlton group on Facebook this morning to share pictures of piles of bin bags and to show the nature of the rubbish left behind following a group litter pick.

Amongst the piles of litter were said to be beer bottles, canisters and disposable BBQs.

The resident said: “After a three hour mission until midnight, we managed clear up a big chunk of the Platt Fields Park mess.

“Was a team effort”.

Yesterday’s scenes followed similar events at the park earlier this month during St Patrick’s Day weekend, where Greater Manchester Police issued a warning over large gatherings after “hundreds” of people were pictured at the park in sunny weather.

They reportedly drank alcohol and socialised together.

This incident did however happen before lockdown restrictions were eased and when outdoor mixing was only permitted with your own household, or with one other person for the purposes of exercise.

At the time of the event, Greater Manchester Police said fines were still being handed out to those who break the rules.