It's understood his injuries include broken ribs, a concussion, and a broken nose 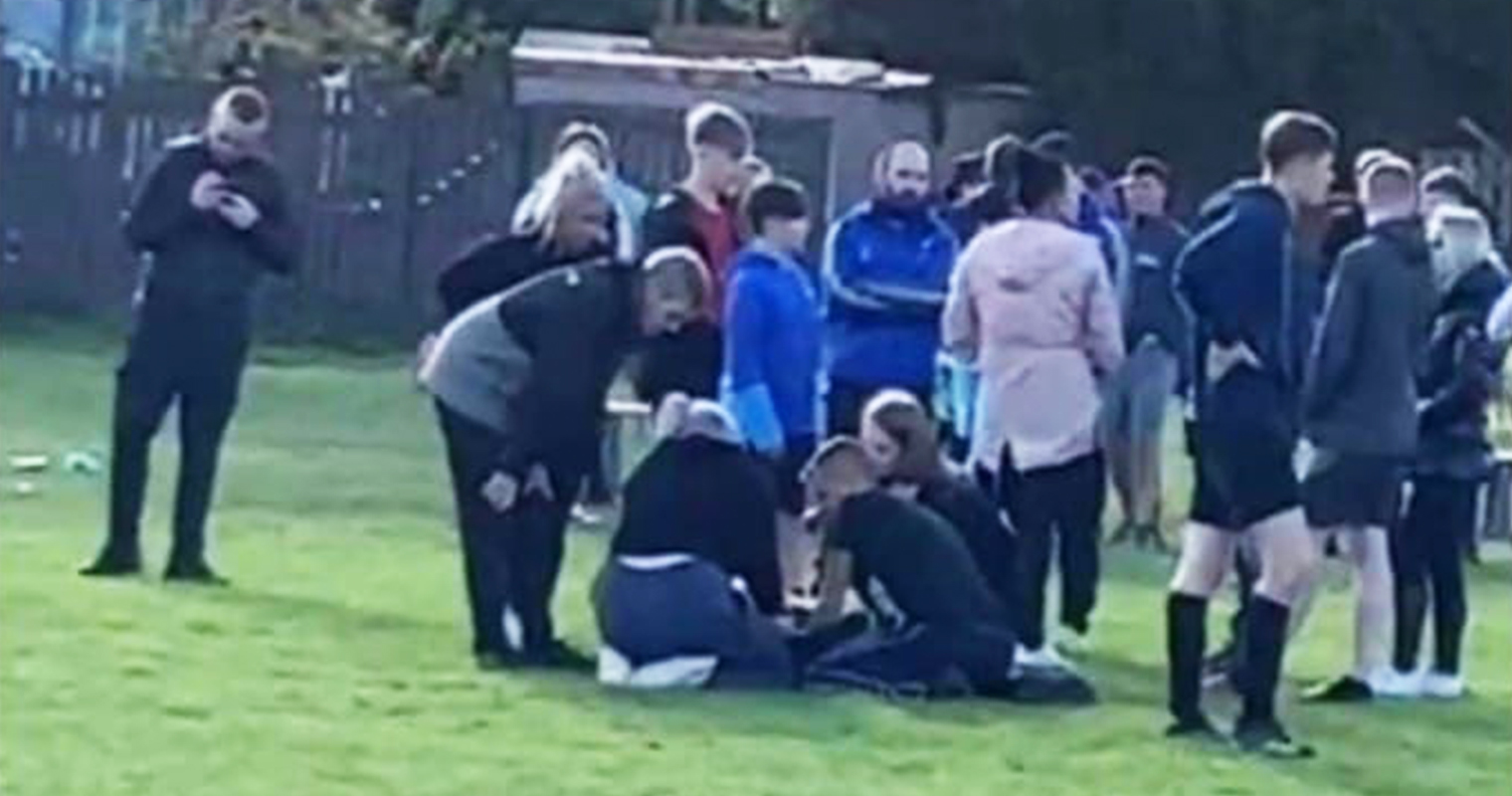 A referee in the North West has been assaulted on the pitch shortly after giving a red card, and has been left with ‘significant injuries’.

Dave Bradshaw was admitted to hospital following the attack, which occurred while he was overseeing an amateur match between Wigan Rose and Platt Bridge FC.

He issued a red card to a player for Platt Bridge FC on Sunday afternoon, who then launched an attack on the referee.

It’s understood his injuries include broken ribs, a concussion, and a broken nose, Lancs Live reports.

The player responsible for the attack is no longer part of the Platt Bridge FC team, the club announced.

They said in a statement on Facebook: “We as a club do not condone any violence towards anyone in the football community.

“We are ashamed of what has happened, and the player is no longer playing with our team going forward.

“We as a team hope we can build our reputation back to what we have worked so hard for.”

Dave said on Monday: “It’s been a very traumatic 12 hours, thanks for all the kind words. I’ve sustained substantial injuries.

“I’ll survive [but] my confidence has been smashed to bits. Please because of one person don’t tarnish the club with the same brush. The club are doing great things for the community.”

He’d earlier said: “Can’t sleep in so much pain.”

GMP said: “Police were made aware at around 6pm on Sunday 2 October 2022 of a serious assault, that had taken place during the Platt Bridge v Wigan Rose Remembrance Cup game, held earlier in the day at football pitches in a Platt Bridge.

“As a result, a referee sustained significant injuries which resulted in him needing hospital treatment. As over 100 people attended the game, officers are asking anyone with any information, including mobile phone footage, to contact them. This can be done via gmp.police.uk, 101 or 0161 856 7094, quoting reference number 2490-021022. Crimestoppers – the independent charity – can also be contacted on 0800 555 111 and in emergency, dial 999.”

The FA said in a statement titled ‘Enough is enough’: “We are aware of incidents of assault on a match official and a player during matches played this weekend in Lancashire.

“We have been very clear that all forms of anti-social behaviour, abuse and assaults on match officials and participants are completely unacceptable and we will not tolerate this in the game.

“We are investigating the incidents as a matter of urgency, working with the Lancashire FA, who are liaising with the police and supporting the match official and player affected.”