The Chancellor addressed party members as part of an online Conservative conference - making a vow to "balance the books" and create more opportunities for jobs moving ahead. 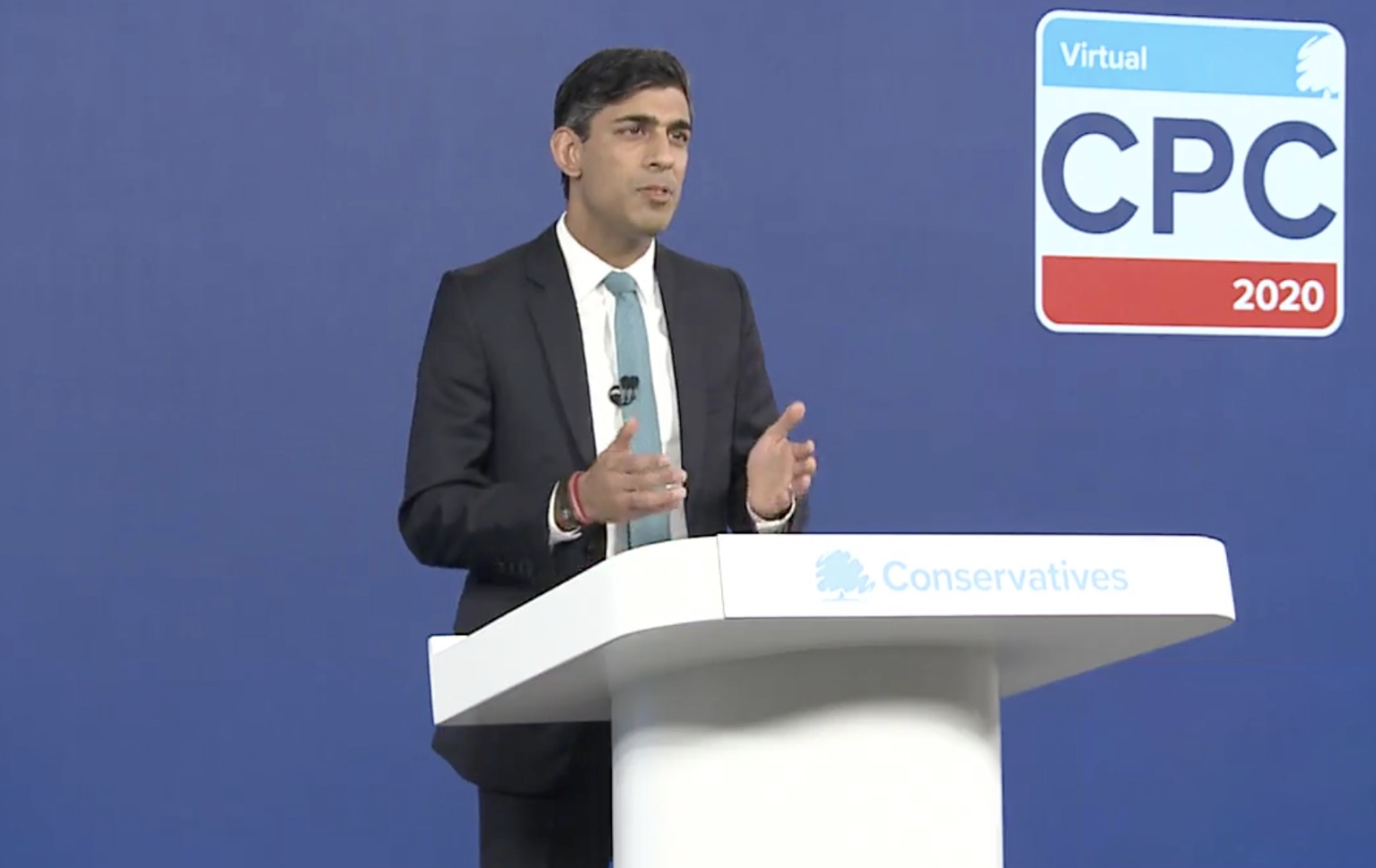 Rishi Sunak has pledged to get borrowing and debt “back under control” as the UK heads into what the Prime Minister is calling a “bumpy” run-in to Christmas.

The Chancellor addressed party members as part of an online Conservative conference – making a vow to “balance the books” and create more opportunities for jobs moving ahead.

Sunak’s furlough scheme is due to end on October 31; replaced by the six-month Winter Economy Plan (which sees the government cover a portion of staff wages for the time they are not working).

The new jobs protection programme has received a mixed response – with some industries claiming they’ve been left without the support they need to survive.

Speaking on Monday morning, Sunak stated: “I have always said I couldn’t protect every job or every business. No chancellor could.

“And even though I have said it, the pain of knowing it, only grows with each passing day.

“So, I am committing myself to a single priority – to create, support and extend opportunity to as many people as I can.

“Because even if this moment is more difficult than any you have ever faced, even if it feels like there is no hope, I am telling you that there is, and that the overwhelming might of the British state will be placed at your service.”

The Chancellor admitted there was much work to do, but cited the Kickstart Scheme – which funds wages and tax contributions for employers hiring 16-24-year-olds – as proof of the government’s intention to create opportunities for young people.

Sunak added: “We will not let talent wither, or waste, we will help all who want it, find new opportunity and develop new skills.

“Through more apprenticeships, more training and a lifetime skills guarantee.

“Our Kickstart Scheme will help hundreds of thousands of young people into good quality work.

“And we will help small businesses adapt.

“That’s why we have delivered Government backed loans, tax deferrals and tax cuts.

“In a free market economy it is the entrepreneur, who is critical.

“And we will make it easier for those with the ambition and appetite to take risks and be bold, to do what they do best and create jobs and growth.”

Shadow Chancellor, Anneliese Dodds, criticised the address, claiming that Sunak had “nothing new to say”.

Dodds wrote on Twitter: “No new targeted support for millions facing the furlough cliff edge. Nothing new for the self-employed. Nothing for those excluded so far.

“He just blew his chance to get a grip on Britain’s jobs crisis”.