Members of the Unite union in Great Britain backed the industrial action by 86%. 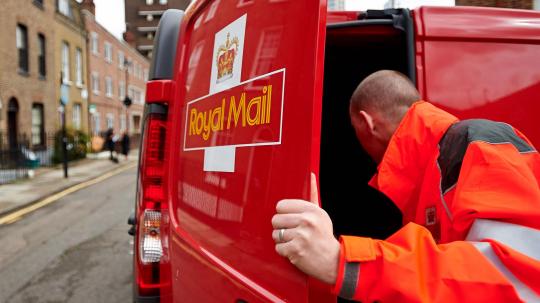 Managers at Royal Mail managers have voted “overwhelmingly” to strike in a dispute over job cuts and a redeployment programme.

Following a number of significant recent strikes, including the three-day national rail strikes, and the barrister strike, as well as UK doctors threatening strike action if they do not receive a 30% pay rise over the next five years, it has been confirmed that the country’s postal service will be the next organisation to take industrial action.

Members of the Unite union in Great Britain backed the industrial action by 86%, and by 89% in Northern Ireland – with around 2,400 managers at more than 1,000 delivery offices involved in the ongoing dispute.

Strike dates are set to be confirmed later this week.

Unite union says the ballot this week was a response to what are plans to cut 542 frontline delivery managers’ jobs, as well as implement a redeployment programme with worse terms and conditions for employees.

The union’s general secretary, Sharon Graham, said it’s “no surprise at all that these workers have voted overwhelmingly for industrial action”, and that “enough is enough”.

She continued: “Make no mistake, Royal Mail is awash with cash.

“There is no need whatsoever to sack workers, drive down pay or pursue this ill-thought-out redeployment programme.

“These plans are all about boardroom greed and profiteering and nothing whatsoever to do with securing this vital public service – shareholders have been seizing the Royal Mail profits, while our members have been holding the service together.”

In response to the overwhelming vote for strike action, a Royal Mail spokesperson said: “We are disappointed by the announcement that Unite members have voted in favour of both industrial action and industrial action short of a strike, also known as work to rule.

“Unite have stated they will be informing us in due course in relation to the terms of any industrial action.

“Throughout the ballot process, Unite head office has misled members about additional job losses – this is not true.

“Unite has ignored our request to correct these claims. There are no grounds for industrial action. The extended consultation on these changes concluded earlier this year, and the restructuring is complete.

“We committed to protecting pay for all managers who stay with Royal Mail, and the vast majority will see an increase in their earnings.”

The spokesperson continued: “We allowed managers to request voluntary redundancy with a package of up to two years’ salary, which was over-subscribed, and we also made several concessions during the process, which Unite declined.”

The Royal Mail also confirmed that it has “contingency plans in place” to keep letters and parcels moving in the event of a strike.