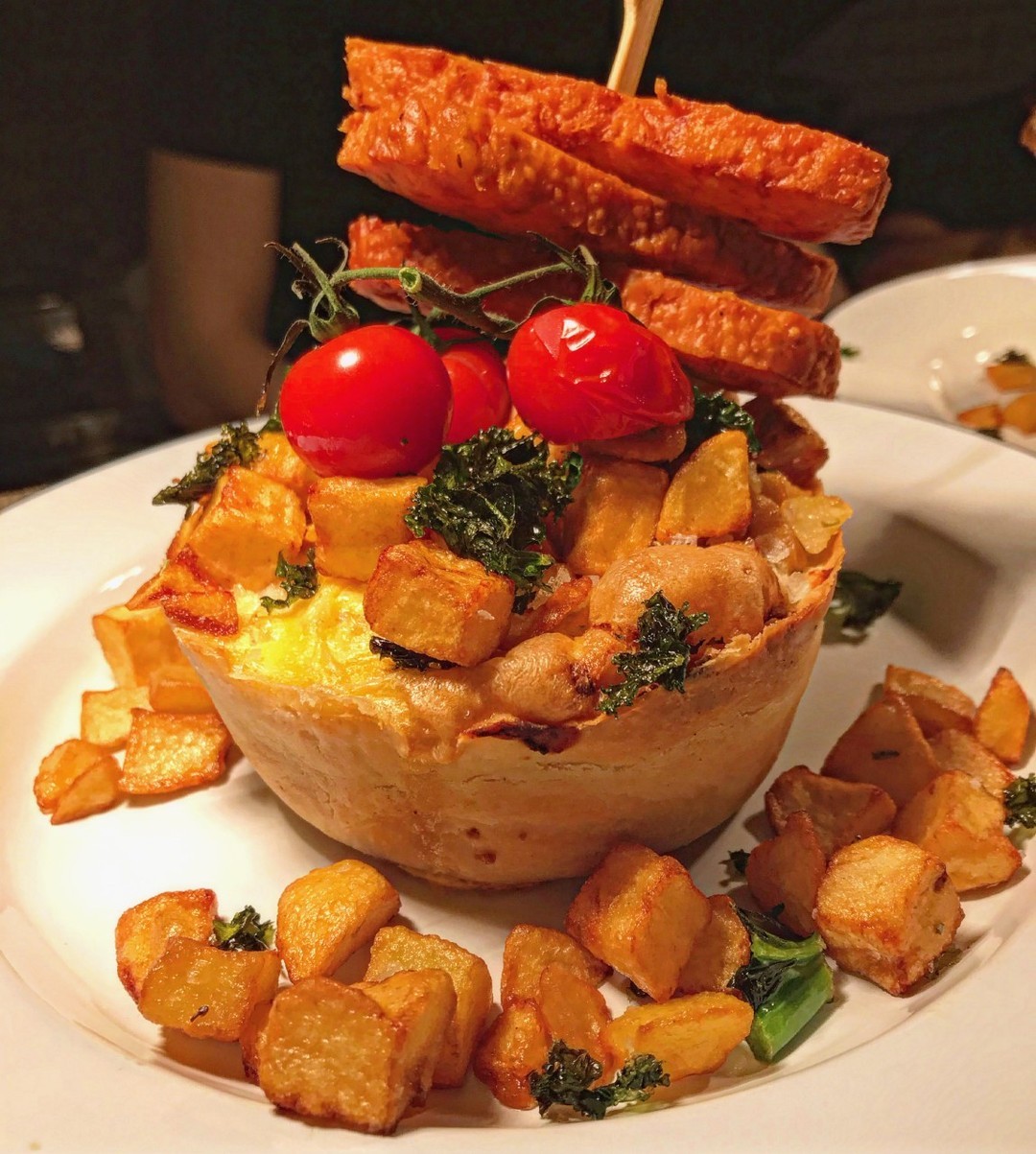 There’s a restaurant in Manchester doing a bottomless brunch with pies and we are completely here for it.

We’re talking about Pieminister, a happy resident of the Northern Quarter’s Church Street since 2013 and a long term favourite amongst Manchester‘s pie lovers.

Serving up award-winning pies for pushing on a decade here, today, the Bristol-based family of pie makers have two sites in the city, having opened a second on Deansgate in 2019.

Boasting over 50 gongs from The Great Taste Awards and a number of silver and gold wins at the British Pie Awards, whilst there are already many great reasons to visit, we think you’ll agree that a bottomless pie brunch gives pastry heads another welcome excuse.

Whether you’re a meat lover, a veggie, vegan, or flexitarian, there’s something to suit – with a selection of four brunch pies on the menu, reports The Hoot..

You’re looking at just £11.50 for a brunch pie on its own or £25 to include ninety minutes of bottomless drinks, with some great cocktail choices like Aperol spritz, mimosa and bloody marys sitting alongside fizz and beer.

All pies come topped with garlic confit-style potatoes, crispy kale and vine tomatoes, and are served with smoky baked beans on the side.

You can also add a stick of pigs in blankets, fried halloumi, or vegan sausages for another £2.

Brunch pie choices include the ‘Morning Glory,’ a free-range sausage and bacon pie with cheesy bechamel  sauce and a baked egg, and the veggie ‘Sunny Pie Up,, stuffed with rosemary vegetarian sausages, red onion, bechamel, and a baked egg.

If that’s not for you, there’s also the ‘Bangin’ Bean Skillet,’comprised of smoky baked beans, halloumi, and baked egg, and the the ‘Vegan Banger – which is essentially a vegan take on the first two, made with vegan sausage, cheeze and bechamel .

An absolute steal, for £25 not only will you leave full of pie you’ll also get a good helping of drinks with an hour and a half at your table.

Available on Saturdays only, to find out more and book head to Pieminister’s website here.