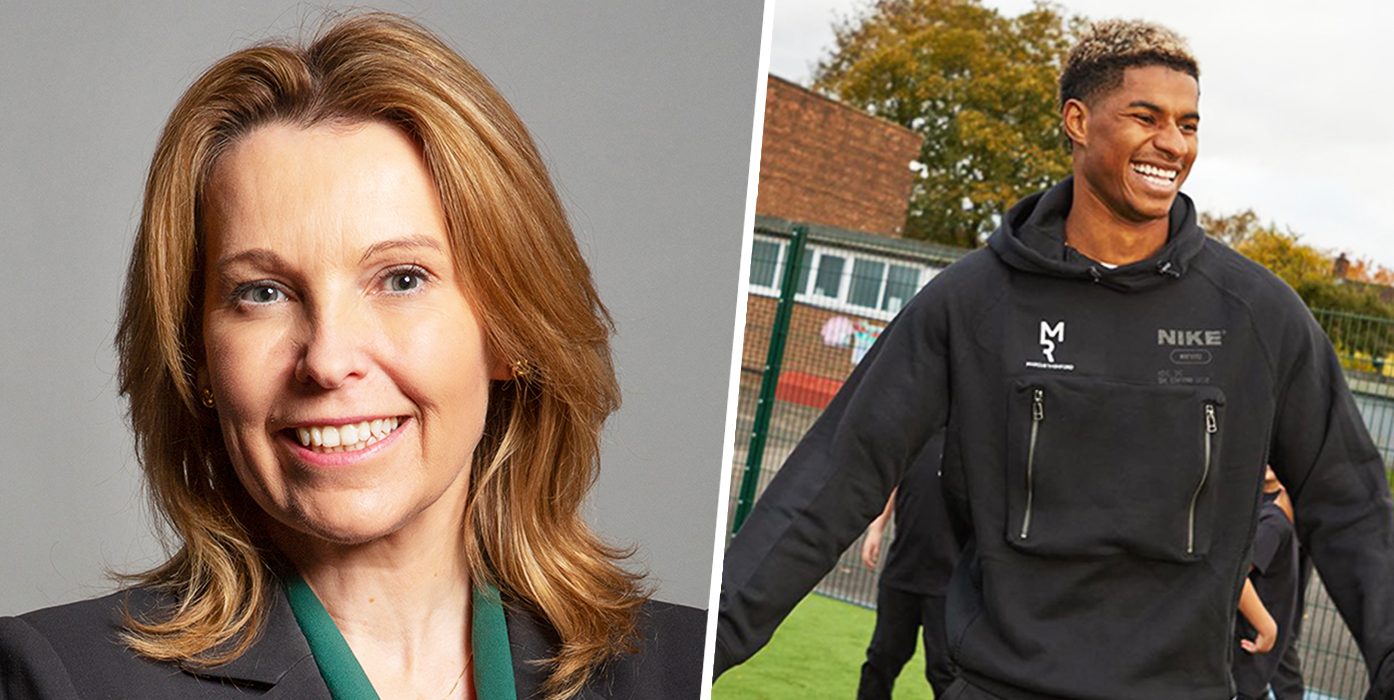 The Tory MP who told Marcus Rashford that he should spend less time “playing politics” and stick to his “day job” has been revealed to also have a second job.

You may remember that Natalie Elphicke – Conservative MP for Dover – drew backlash this past summer after Wythenshawe- born Manchester United and England star Marcus Rashford sadly missed a penalty in the Euro 2020 final against Italy when she suggested he would have had a better chance of scoring had he not spent a large chunk of the past year campaigning to eradicate child food poverty and taking on the government over free school meals for children from deprived backgrounds.

In a private message to Tory colleagues after England’s loss to Italy on 11 July, Ms Elphicke said: “They lost. Would it be ungenerous to suggest Rashford should have spent more time perfecting his game and less time playing politics.”

But now, it’s been revealed that, despite her comments about Rashford’s other interests, Elphicke actually has a second job herself.

As the conversation around MPs having other avenues of work continues in the media this week, it’s emerged that Ms Elphicke also spends a significant amount of time focussing on a job away from her parliamentary duties, as the register of MP’s financial interests shows she also works eight hours a week as chair of the New Homes Quality Board (NHQB) – an independent watchdog for new-build houses.

According to the Home Builders Federation, the NHQB is responsible for overseeing the “quality of new build homes”, and seeks to improve customer service in the sector.

Elphicke began working for the NHQB board last May, and between May and December 2020, spent more than 150 hours working for the watchdog, but has since increased her weekly commitments.

Over the next year, she will work 416 hours for the NHQB alongside her parliamentary duties.

Speaking to the i – the publication which first exposed Ms Elphicke’s supplementary role – Labour deputy leader Angela Rayner said: “Marcus Rashford is the pride of Manchester and he doesn’t need the permission of anyone to do the wonderful work that he does.

“Boris Johnson needs to decide whether his MPs are MPs representing their constituents or if they are advisers and consultants working for private interests who pay them.

“They can’t be both.

“It’s time for the Prime Minister to come out of hiding [as] his refusal to take action sends a clear message that he is happy with the status quo.”

Ms Elphicke has since apologised for her remark about Rashford, saying she regretted her response to his missed penalty and was sorry “for any suggestion that he is not fully focused on his football”.