The victim remains in hospital. 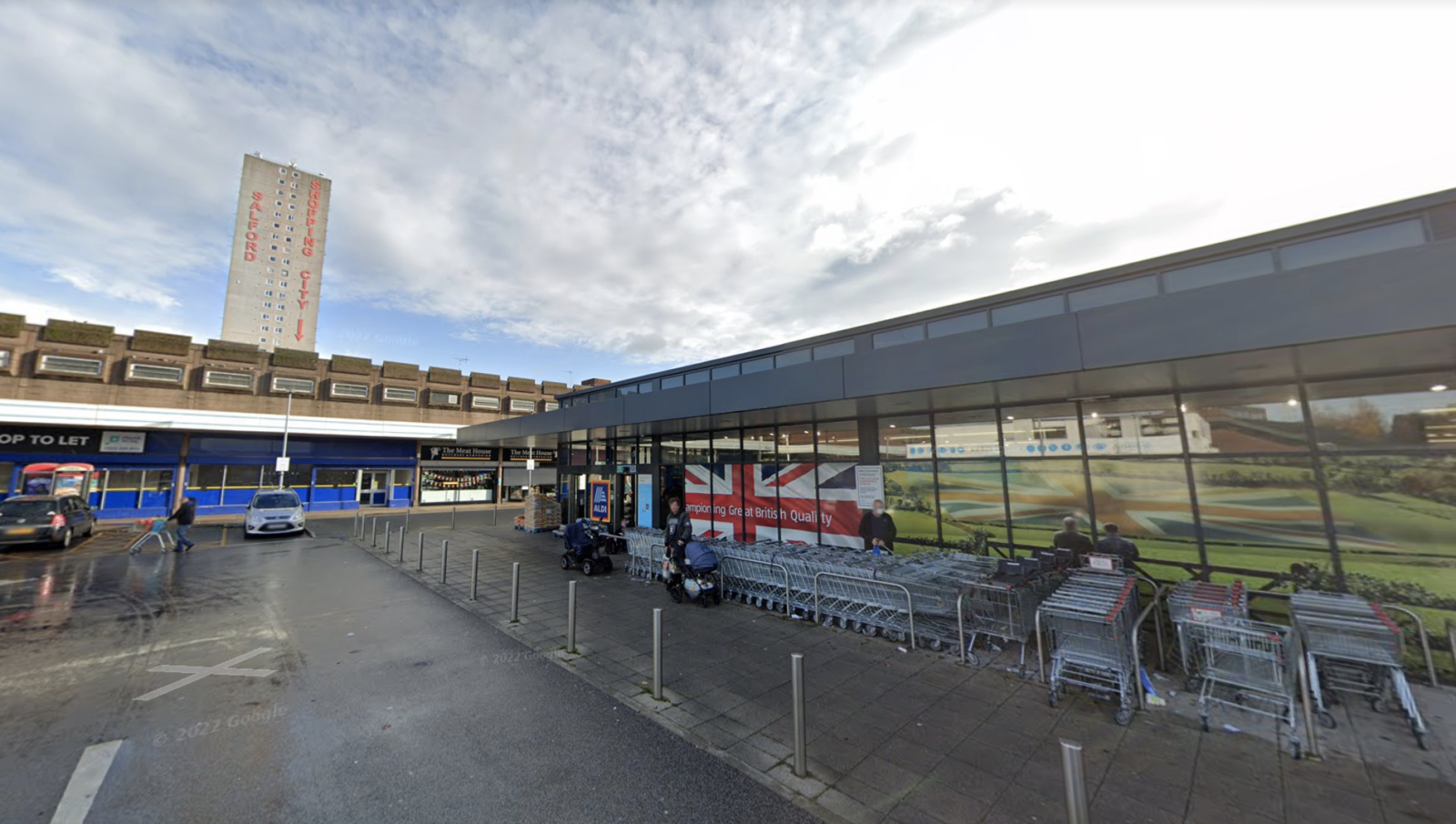 Three people have been arrested after a 62-year-old man was stabbed in the car park of an Aldi in Salford.

The man was taken to hospital with serious injuries, where he remains.

The incident occurred at around 4.25pm on Tuesday 10 January on Heywood Way but police say there’s currently no evidence that the motive was theft.

GMP are appealing for information related to the shocking stabbing, including CCTV, dashcam footage, and mobile phone images.

This morning, Salford detectives arrested three people – a 42 year old woman, a 20 year old man and a 17 year old man – on suspicion of conspiracy to commit murder and attempted murder.

Detective Superintendent Ryan Davies of GMP’s Salford District said: “Whilst we have arrested three persons, the investigation remains in its early stages and we are keeping an open mind.

“Our investigations to date have not found any evidence to suggest that the victim was robbed or that theft was the motive for this attack.

“Our assessment remains that the victim was purposely followed and targeted. On that basis, we do not currently believe there is any wider risk to the community.

“We have a team of detectives dedicated to investigating numerous lines of enquiry in an effort to establish the motive and bring any offenders to justice.

“Uniformed and detective officers continue to patrol the local area, carrying out further enquiries and providing reassurance to the local community.

“I once again urge anyone who was in the vicinity of Salford Precinct on the afternoon of Tuesday 10 January, particularly between the hours of 4pm and 5pm, and who saw anyone acting suspiciously or out of place, either near there or in the vicinity of Aldi, Heywood Way; or who witnessed the incident taking place; or who witnessed the aftermath of the incident; or who saw anyone running – please come forward without delay and talk to us in confidence.

“Any information that is forthcoming could be vitally important to this investigation.

“I am again requesting that anyone who may have CCTV footage on their nearby premises; or who was in the area at the time and has dashcam footage; or who filmed the incident, should please contact us or submit such footage to our dedicated online portal.

“Any information that we are provided with gives us the best chance of bringing the offenders to justice.

“You can also report information online by using our reporting tool via our website: www.gmp.police.uk

“Alternatively, you can report information anonymously to the independent charity Crimestoppers on 0800 555 111.”