"We can’t put our players in a position where they could face sporting sanctions including bookings." 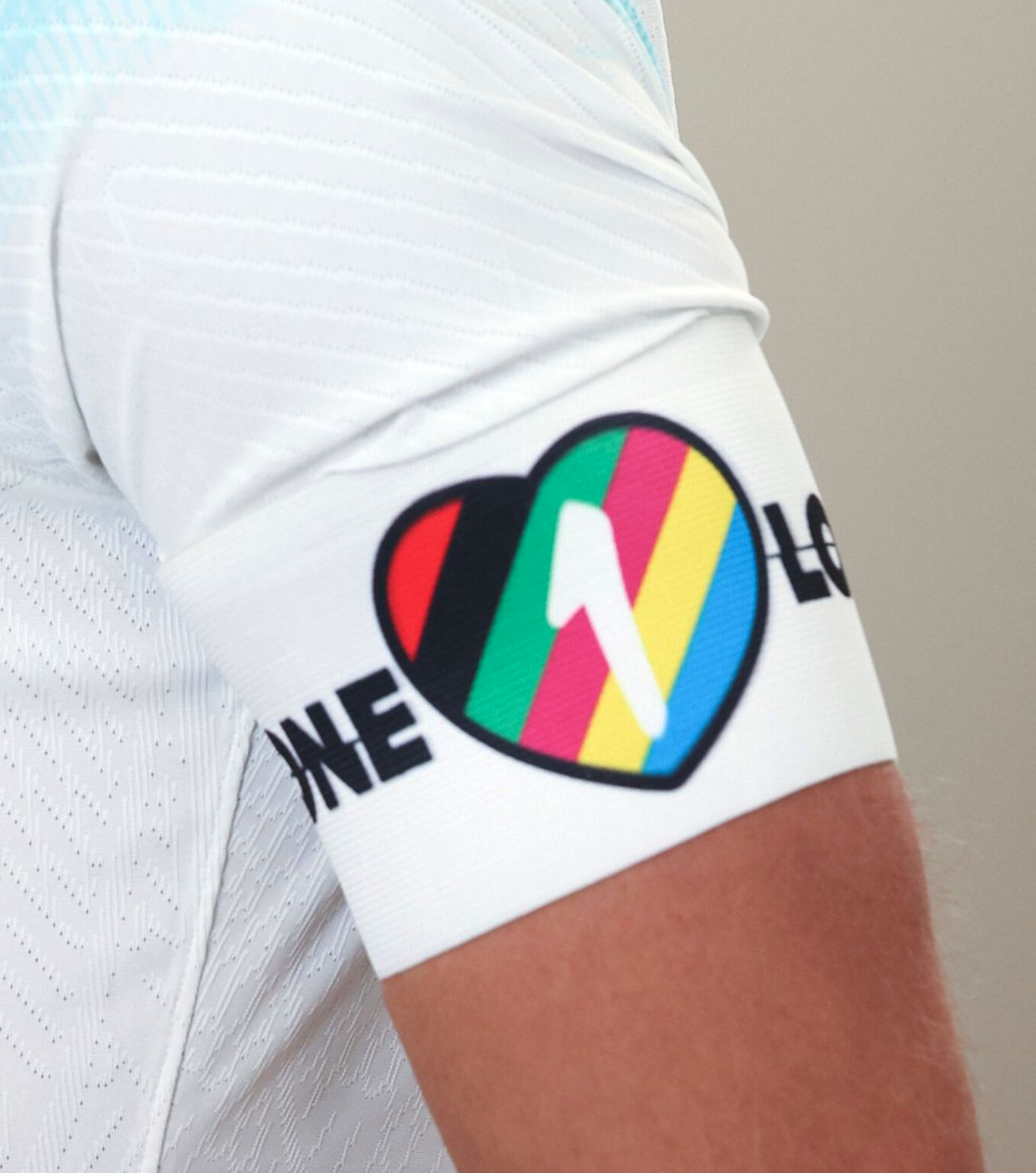 England captain Harry Kane will now no longer wear the ‘One Love’ armband at 2022 World Cup matches, it has been confirmed.

Star striker and England captain Kane was initially set to wear the multi-coloured armband during all matches at football’s flagship international tournament, but a statement issued by the Football Associations of several countries intending to participate has announced this morning that it will no longer be the case.

The ‘One Love’ armband is intended to promote inclusivity, campaign against discrimination, and show support to the LGBTQ+ community.

The FA previously said it thinks it’s “really important to show our values” during the tournament.

FA chief executive Mark Bullingham had told Sky News last week that the association was braced to be punished for Kane’s wearing of the armband and will “pay the fine” should it be handed to them – given that it had no response from FIFA prior to this.

FIFA is known for usually prohibiting the addition of unsanctioned slogans on player’s kits during tournaments, and had even recently urged teams at not to indulge in giving morality lessons at the first World Cup in the Middle East.

Now, several countries have backed-down from their original decision to wear the multi-coloured captain’s armband over the imposing of sporting sanctions.

A joint statement issued by the Football Associations England, Wales, Belgium, Denmark, Germany, the Netherlands and Switzerland this morning reads: “FIFA has been very clear that it will impose sporting sanctions if our captains wear the armbands on the field of play.

“As national federations, we can’t put our players in a position where they could face sporting sanctions including bookings.

“So we have asked the captains not to attempt to wear the armbands in FIFA World Cup games.”

As well as England, each of the other teams explained in the statement that they were prepared to “pay fines that would normally apply to breaches of kit regulations”, but that they “cannot put our players in the situation where they might be booked or even forced to leave the field of play”.

“We are very frustrated by the FIFA decision, which we believe is unprecedented,” the statement continued.

“We wrote to FIFA in September informing them of our wish to wear the One Love armband to actively support inclusion in football, and had no response.”