It was just his second appearance in the competition. 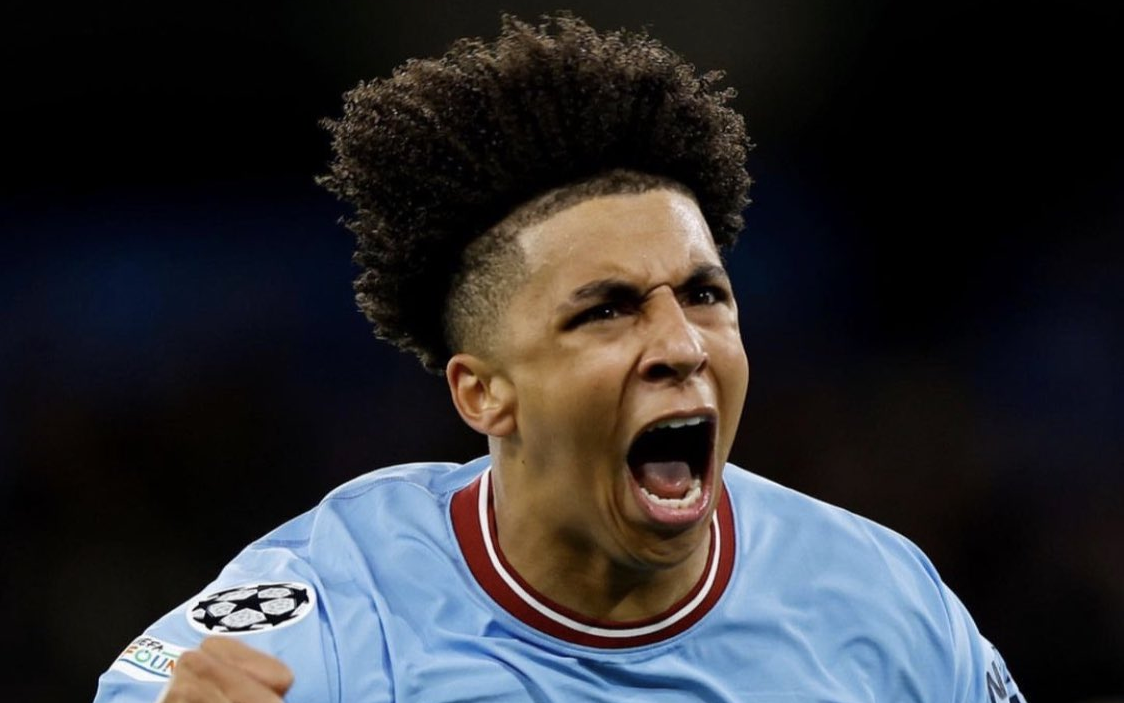 Suprise scorer Rico Lewis made Champions League history with his equaliser on Wednesday night as Manchester City came back to beat Sevilla 3-1 in the final game of the group stages.

The 17-year-old Mancunian right-back came out of nowhere to pull City’s first goal back against the Spanish side, becoming City’s youngest-ever European goalscorer.

As if that wasn’t enough, his goal saw him become the youngest-ever player to score on their first Champions League start as well, aged just 17 and 346 days.

Here’s how he did it. Just look at the reaction from him and his teammates:

While the Sky Blue faithful would have been upstanding for anyone scoring at the Etihad, let alone a youngster, Lewis received a dedicated standing ovation all the way down the tunnel – as was recognised by manager Pep Guardiola.

Speaking to pundits in the post-match, Pep said that Lewis is “so intelligent” and “has everything”, going on to insist that possesses “something special” and hopes he will remain at the club.

Perhaps Lewis’ most impressive attribute is his versatility, with the defender able to play on both wings (fullbacks playing such an important role in Pep’s playing style and modern football, in general) as well as be deployed as a holding/deep-lying midfielder. New João Cancelo incoming?

While he obviously has a fight on his hands to earn minutes in this ridiculously competitive City side, the young Englishman is clearly leaving a good impression already and looks to have a bright future ahead.

You can watch the full highlights of Man City vs Sevilla here: