Of all the iconic goals he could have picked for the design. 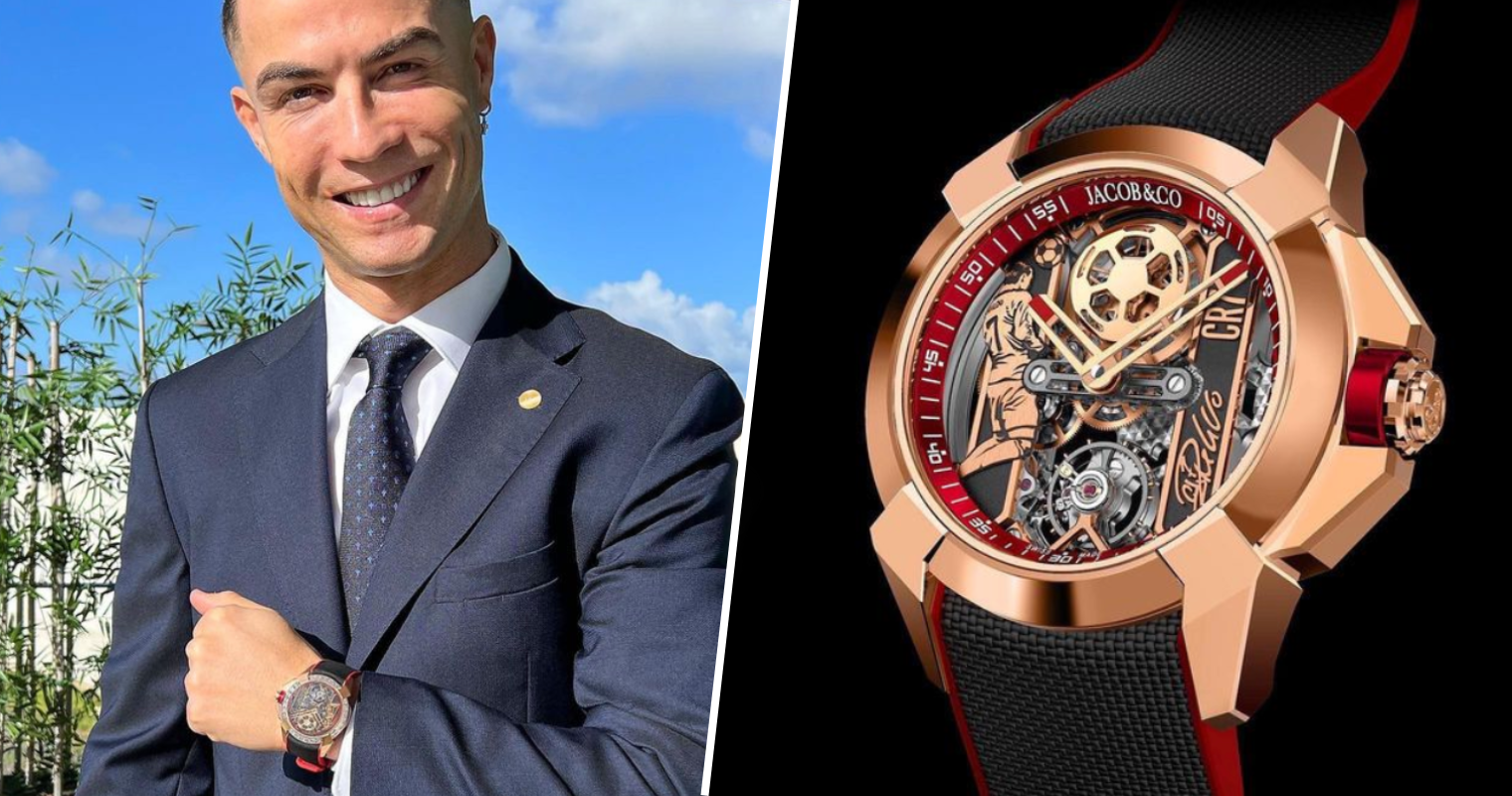 Cristiano Ronaldo seems insistent on leaving Manchester United on the least amicable terms possible, as fans spot a subtle dig at the club’s expense shortly after announcing his departure.

The now ex-United man, long considered a club legend — who knows if that’s still the case — was confirmed as leaving the club on Monday, and it didn’t take him long swipe at his former employers.

Just hours after the news broke, the 37-year-old and his PR team decided to release snaps of his new watch design on Instagram, which features an image of him scoring a very specific goal.

Partnering up with watchmakers Jacob & Co., the timepiece not only features Ronaldo‘s signature and recognisable CR7 branding, but the gold edition also shows him leaping to head the ball.

For anyone that needs a memory jog of which goal this design is recreating, it shows the iconic header he scored against the Red Devils for Real Madrid back in the 2013 Champions League Round of 16.

The massive leap measured 2.93 metres — i.e. higher than the average NBA player’s jump. A recognisable goal or not, the all-time leading club and international goalscorer could have picked from literally dozens of famous finishes.

But he chose this one.

With that in mind, Reds and neutrals alike are convinced that the Portuguese star “knows exactly what he is doing” and that Ronaldo’s new watch was his last attempt to mock the club following their rather messy and public breakup.

Ronaldo has made no secret of his feelings surrounding his second spell in Manchester, taking aim at current and previous managers, past and present players, as well as the club’s ownership in his now infamous interview with Piers Morgan.

Ironically, he wasn’t the only one to take a dig after the news of his departure broke.

What we saying, a clever way of poking fun or just pure pettiness?