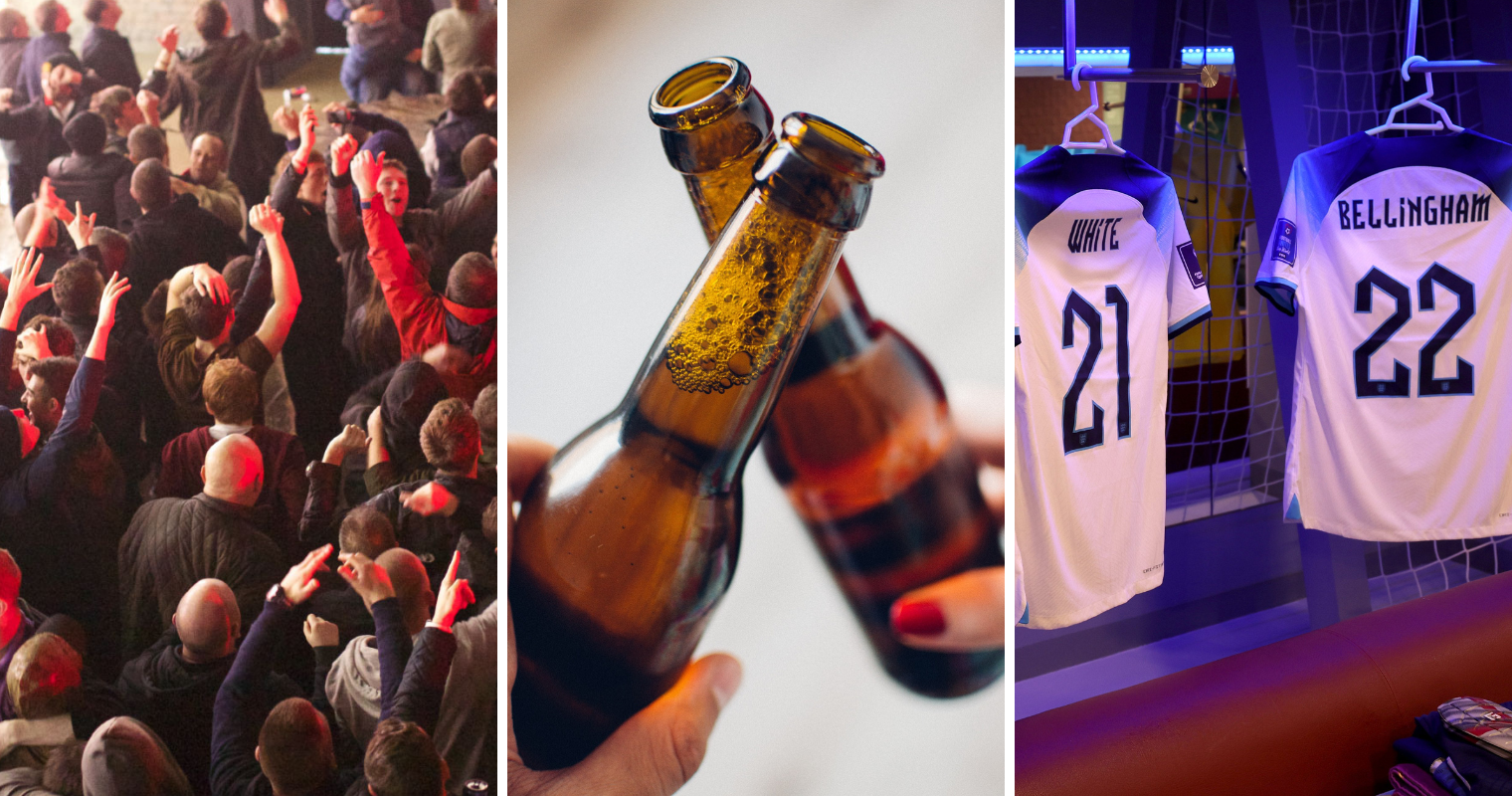 Red Square’s fan zone at Victoria Warehouse was absolutely bouncing for England’s thumping 6-2 victory against Iran, and now the venue is adding further incentive to watch the World Cup there.

To mark the England vs Wales game on Tuesday, 29 November, the 800-capacity venue is offering a free drink to anyone wearing a Three Lions shirt with the name of a goalscorer on the back. Mint.

Showing the game on big HD screens, any lucky sod wearing the shirt with the name of any one of Gareth Southgate‘s goalscorers on the back can claim a bottle of beer, a glass of wine or a soft drink from the large bar area.

There are less than 100 tickets left for the England vs USA match and with this offer now added on top of the all-British match in the final round of the group stage — especially as Wales have just one point with a game to go — England vs Wales is sure to sell out fast.

The fact that tickets for Victoria Warehouse‘s iconic Red Square fan zone are just £2 means you’ll have to be quick if you want to secure your spot for the England vs Wales match.

MD James Cohen is promising England fans “a unique World Cup viewing experience thanks to its setting”. We can vouch for that.

Get your tickets HERE while you can.

*Terms and conditions apply. Offer applies to those over 18 years who show a valid ID only). Please drink responsibly.