With a new lockdown comes another list of new shows, and there's some real corkers to make the cut this time. 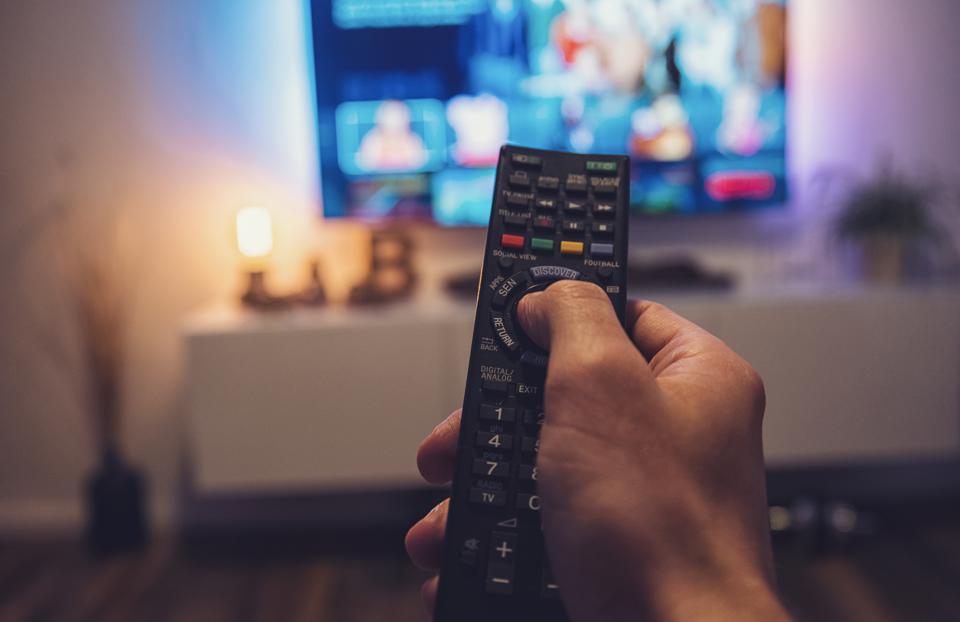 Looking for something to watch during lockdown?

No don’t worry, you haven’t clicked on an old article from last year by mistake, it just so happens that England has been placed into the third national lockdown since the coronavirus (COVID-19) pandemic first emerged.

The only difference this time is that we’re starting to run out of TV shows on our watchlist.

We all have our ‘comfort shows’, our trusty favourites and the ones that never fail to have us cracking a smile or hanging on to every word, but if you watched your fair share of those during the first lockdown and you’re looking for something different to get your teeth stuck into whilst you’re at home for the next few weeks, then here are 12 of the best new shows already airing or set to hit screens this month.

This one’s already got people talking.

Inspired by real-life events and starring Tahar Rahim and Jenna Coleman, The Serpent tells the story of how conman and killer Charles Sobhraj posed as a gem dealer and, with his girlfriend Marie-Andree Leclerc, carried out a string of crimes across Thailand, Nepal and India in 1975 and 1976, while also becoming the chief suspects in a series of murders of young Western travellers.

It’s a slick drama that’s well worth your concentration, and you can catch it on BBC and BBC iPlayer now.

A Discovery of Witches

Now in its second season starring Matthew Goode and Teresa Palmer – plus a number of new cast members – and adapted from Deborah Harkness’ best-selling trilogy of novels, this is a romantic thriller about a secret underworld of vampires, witches and demons all hiding in plain sight for fear of persecution by humans.

This series sees the two hiding in the treacherous world of Elizabethan London, where they must find a powerful witch teacher to help Diana control her magic and search for the elusive Book of Life.

You can catch it on Sky One or NOW TV from 8th January.

This spookily-timely series about a pandemic is adapted from a Stephen King book.

Not a million miles from the news footage we’ve seen in the last year, the first episode can be hard to watch, although the flu in this series wipes out 99% of the population, and those left have strange dreams involving a mysterious old lady.

It stars Whoopi Goldberg, Alexander Skarsgard, James Marsden and Amber Heard, and you can catch it on Starzplay now.

American Gods is back once again.

This is the third series of the drama based on Neil Gaiman’s novel of the same name, about a war being waged between the old gods and the new, and after a few shocks at the end of series two, this one starts with the main character, Shadow Moon – played by Ricky Whittle – in hiding and trying to start a new life in a small town.

Ian McShane and Marilyn Manson have also joined the cast for this season too, and you can catch it airing on Amazon Prime Video from 11th January.

Servant is made by and starring some industry heavy-hitters.

Executive produced by the Oscar-nominated director M Night Shyamalan, this chilling psychological horror series was one of the first shows to debut when Apple TV + launched in November 2019 with stars Rupert Grint, Lauren Ambrose, Toby Kebbell and Nell Tiger Free.

This second 10 episode series is set to take a supernatural turn, and you can catch it from 15th January.

A lot of people have been waiting for this one.

With weekly challenges to test their make-up skills, fashion sense, sewing abilities, comedy, singing, acting, dancing and lip-syncing, this is the perfect way to cure the lockdown blues.

Catch it on BBC iPlayer from 14th January.

WandaVision offers up a unique blend of classic television and the Marvel Cinematic Universe, in which Wanda Maximoff and Vision – two super-powered beings living idealised suburban lives played by Elizabeth Olsen and Paul Bettany – “begin to suspect that everything is not as it seems”.

The series has been described as “a love letter to the golden age of television”, and you can catch it airing on Disney+ from 15th January.

Starring musician and actor Olly Alexander, and featuring Keeley Hawes, Stephen Fry, Neil Patrick Harris, Tracy Ann Oberman, Shaun Dooley and Omari Douglas, this is a new five-part drama from the multi-BAFTA-winning writer Russell T Davies follows the story of the 1980s, the story of AIDS, and charts the joy and heartbreak of a group of friends across a decade in which everything changed.

Tune in to Channel 4 / All 4 from 22nd January to watch the magic unfold.

There’s no denying that The Masked Singer was one of the surprise hits of 2020 and now it’s returned to our screens as a must-see Saturday night fixture.

If you’re unfamiliar with the show, it basically sees a bunch of celebrities disguised in some seriously-good fancy dress costumes sing for a panel of judges – Davina McCall, Rita Ora, Jonathan Ross and newcomer Mo Gilligan – who make wild guesses as to who’s behind the mask.

Audience members then vote, chant “take it off” at the end and the panel has the final say on who goes home from the lowest scorers each week.

You can already catch it airing on ITV every Saturday night now.

Taking place 30 years after the events of the 1984 All Valley Karate Tournament, this long-time-coming sequel spin-off to The Karate Kid – with original stars – has unsurprisingly become a big hit and is set to get underway with season three.

The series starts with the successful Daniel LaRusso struggling to maintain balance in his life without the guidance of Mr Miyagi, and once again facing his previous adversary Johnny Lawrence, who seeks redemption by reopening the Cobra Kai karate dojo.

Log on to Netflix from 8th January to binge the new series.

Sky One – Airing from 20th January

Noel Clarke and Ashley Walters are reprising their roles as best pals and partners Pike and Bishop for the third instalment of this action-packed buddy cop series.

This time though, they’ve left London for the far sunnier Cape Town in South Africa, and after years of finding themselves in some seriously dangerous situations with hardened criminals, the pair just want a bit of rest and relaxation – but obviously, things don’t quite go to plan.

You can catch the latest series of Bulletproof: South Africa from 20th January.

This one’s for the true crime fans.

Luke Evans stars in this three-part drama mini series depicting the cold-case investigation into a serial killer that’s adapted from the book The Pembrokeshire Murders and is written by Senior Investigating Officer Steve Wilkins and ITV news journalist Jonathan Hill.

It’s also from the makers of Line Of Duty and Bodyguard, so you know it must be good.

Wilkins reopened the case of two unsolved murders from the 1980s in 2006, and using forensic methods that were pioneering at the time, he and his team found microscopic DNA and fibres that potentially linked the killings to a string of burglaries.

Catch it on ITV from 11th January.