It's the first time a redhead has been crowned Miss England 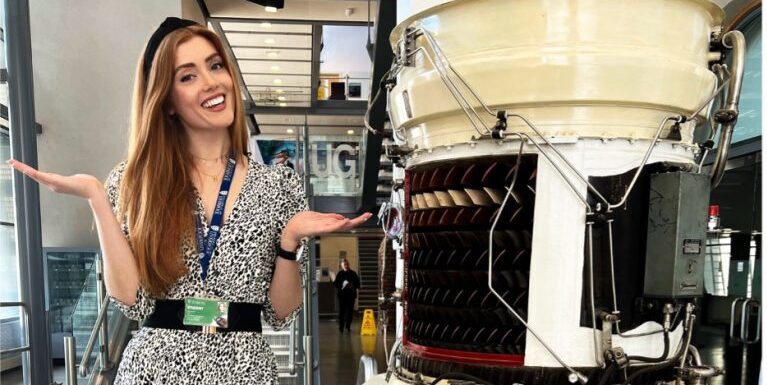 A stunning aerospace engineer from Lancashire has been crowned as the first redheaded Miss England.

Jessica Gagen, 26, has openly spoken about the bullying and teasing she received in her childhood for being ginger.

She says that she wants to use her new crown to empower redheads and encourage young girls to consider a future in STEM careers.

Jessica, an aerospace engineer, missed out on the crown last year but said earlier this year when telling her Instagram followers she was trying again: “There has never been a ginger Miss England, and there may never be a ginger Miss England – but I am happy to be the person to smile in the face of defeat once more if it means I can empower the redheads being bullied in school along the way.”

Over the course of her Miss England journey, she ran consecutive 5km runs for 96 days in fancy dress to raise money for charity.

She’s also said she wants to represent ‘all of the redheads who feel self conscious about their pale attributes’.

Upon being crowned Miss Lancashire earlier this year, Jessica said: “This little sash not only qualifies me for this year’s Miss England final, but allows me to further reach out to teen girls who may otherwise go uninformed about the fabulous opportunities available to them in engineering and aviation careers. Empowerment, education and resilience. Redheads, we’re one step closer.”

She has also posted, before she was named Miss England: “My aim in gaining the title remains the same as it was last year – to use the platform (who’s outreach is mostly female), to further educate girls about engineering, it’s variety of disciplines and the fabulous career opportunities the subject can lead to.

Speaking of her childhood bullying, she wrote: “If this is happening to you, hear me out when I say that there is light at the end of the tunnel.

“Just because it’s happening now, doesn’t mean it’ll happen for the rest of your life! By the end of secondary school I thrived; I was surrounded by lovely people, got a cracking set of grades and excelled in sport – and you can too!

“One bad chapter doesn’t have to last the rest of the book. Keep on reading.”