The long-awaited air date was revealed via a large mural on the side of a pub in Birmingham. 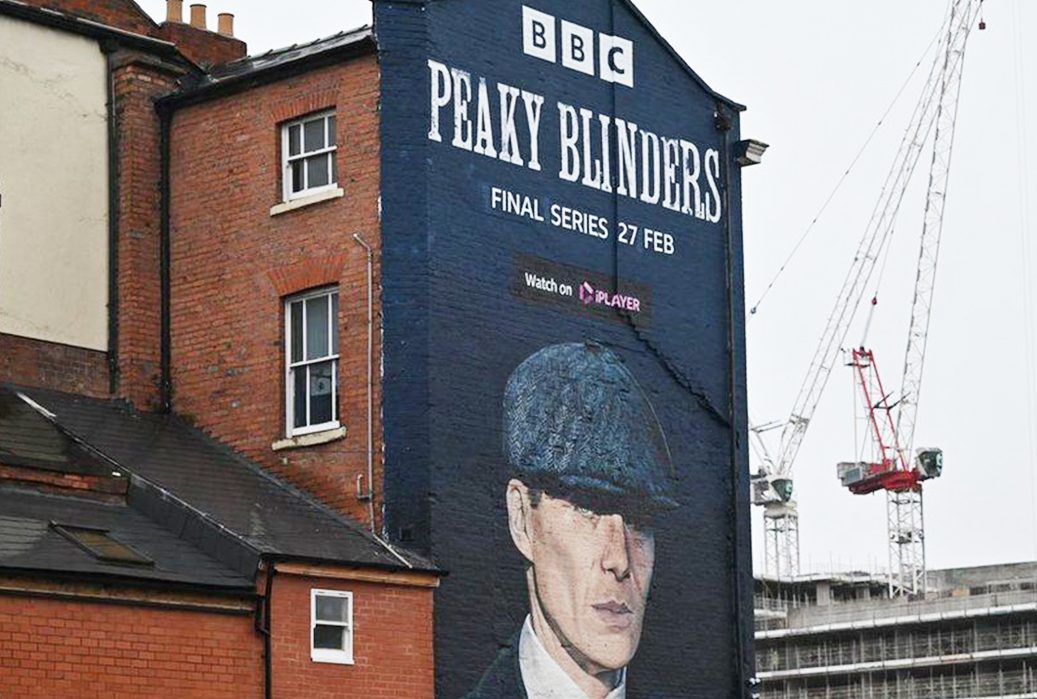 The BBC has finally confirmed the release date for the long-awaited sixth and final series of Peaky Blinders.

It was revealed by the show’s creator, Steven Knight, towards the end of last year that after filming had wrapped up, he was hoping for a Spring-time release for the final season of the critically-acclaimed BBC drama – which follows the exploits of the Shelby crime family, lead by celebrated Irish actor Cillian Murphy as Tommy Shelby, in the direct aftermath of the First World War – citing an expected air date of sometime between March and May 2022.

But now, the BBC has confirmed that we’re getting it much earlier than initially thought.

The broadcaster has this morning revealed the previously-secret air date to be Sunday 27 February 2022 at 9pm via a video shared to social media.

In a bid to get fans excited for the much-anticipated series, the air date and timeslot allocation was revealed by way of a large mural – commissioned by the BBC and created by Manchester’s mural king and legendary street artist, Akse P19.

Read more: The final season of Peaky Blinders will be released early next year

The 12.71m (42ft) high artwork, which depicts gang leader Tommy Shelby – played by Cillian Murphy – was painted over seven days on a pub.

It emblazons the side of The Old Crown in the Digbeth area of the city.

Production for the sixth and final series of the much-loved show first began all the way back in 2019, but had to be put on hold due to the COVID-19 pandemic, before filming resumed back in early 2021.

Most-notably back in February, the viaduct and arches around Castlefield took a pretty impressive step back in time and had undergone quite the transformation to pay resemblance to the show’s setting of early-1900s Birmingham.

The show’s producers also put out a casting call for extras in Manchester last year too.

Boasting one of the most star-studded casts on British television, the new series will see the Shelby family return to continue their war against fascist politician Oswald Mosley (Sam Claflin), as well as crossing paths with a mysterious new character played by acclaimed BAFTA-nominated actor, Stephen Graham.

A notable absence will be Helen McCrory, who played matriarch Polly Gray, but tragically died of cancer last year at aged 52.

Cillian Murphy recently said it was “really hard” making the show without her in an interview with The Guardian, adding: “We were just five days away from shooting in March 2020 when the lockdown was announced. Helen was the heart of that show and it was hard to make it without her [as] she died while we were filming.”

He admitted: “There was this huge absence on the set – we all felt it.”

A red carpet screening of the first episode of Peaky Blinders’ final series will be held on 24 February at Cineworld on Broad Street in Birmingham, and a recently-announced ballot will allow about 300 fans to attend the premier.

Peaky Blinders S6 begins on Sunday 27 February at 9pm on BBC One.