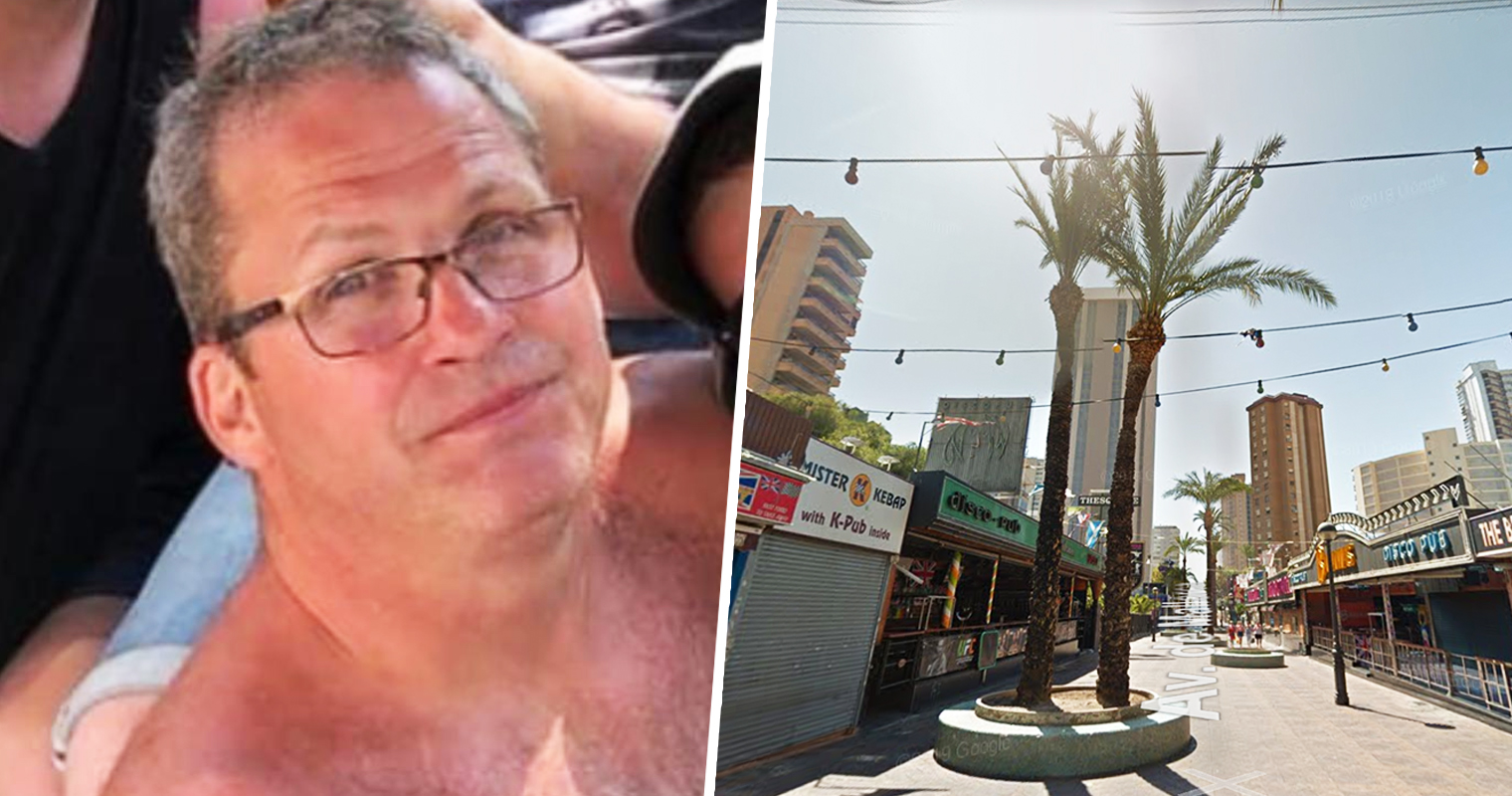 The family of a man who was killed in a bar attack in Benidorm are appealing for information, as his killer remains at large three years later.

Michael – or Mike – Rydings was 47 when he was fatally injured outside a nightclub in 2018.

The person who killed the grandfather from Wythenshawe has never been brought to justice.

The police and Mike’s family say he ‘died without justice’ and are appealing for witnesses ahead of an inquest into Mike’s death this April.

Mike, an avid Manchester United supporter, had been on holiday with friends celebrating a birthday, and watching the 2018 football world cup in Benidorm.

He was involved in an altercation with a man who was part of a group of five or six others in the early hours of 23 June, 2018

He hit the ground during the incident on the Benidorm Square and was left with critical injuries.

Mike spent a month unconscious in a hospital in Benidorm before he was moved back to Salford Royal hospital.

He spent a year in hospital before sadly dying in August 2019.

His family said he was left unable to breathe unaided and couldn’t even hold the hands of his family.

They eventually decided to take the ‘kindest but incredibly heart-breaking decision to let him go’.

The Spanish authorities conducted enquiries into Mike’s death but no one has ever been charged with his killing.

The suspect is believed to be a white male aged in his 20s or 30s, with a larger-than-average build, and 5ft 7inches to 6ft in height.

He was possibly wearing camouflage clothing.

Detectives from GMP‘s major incident team have spoken to more than 15 holidaymakers who were there on the night as they prepare a file for the coroner, urging anyone else with information to contact the police.

Detective Inspector Nicola McCulloch, of our Major Incident Team, said: “Sadly, no one has been brought to justice for Mike’s death ever since he was seriously – and ultimately fatally – assaulted outside a bar in Benidorm in June 2018.

“When we were notified of this incident and Mike’s tragic passing, we committed ourselves to doing everything we can to support the Spanish authorities in piecing together all the circumstances leading to his death and, importantly, to identify his killer.

“While the murder investigation in Spain hasn’t been successful, we continue to be determined to do whatever possible to get the answers Mike’s loved ones crave for his upcoming inquest.

“This has seen us speak to over a dozen men and women who were in Benidorm at the time, many of whom recall a great deal of what occurred on the night despite the passage of time and this encourages us that someone out there knows who did this to Mike and is able to tell us.

“There is a suggestion that the group involved in the altercation were from the UK, but this is not certain and it is therefore vital that anyone who may recall any information as to who may have been involved gets in touch with us knowing it could prove to be highly significant.”

In a joint statement Mike’s daughter, Hayley Barker, and sister, Nikki Howard, said: “Mike spent 13 months in Salford Royal Hospital on the Critical Care Unit where he was unable to speak or move. Only his eyes were his very limited communication via blinking although most of the time his injury was so extreme that very often Mike was completely unaware of where he was, who his family were and more importantly, who he was!

“At the age of 47-years-old, a father and a grandfather, his life had changed forever relying on every single medical resource available in order for him to survive, unable to breathe unaided, unable to tell you how he was feeling, unable to even hold your hand! And it happened due to one vicious incident, in an instant but this nightmare didn’t end there.

“After extensive medical intervention, family daily visits and praying that Mike would recover and be able to live the rest of his life, it was cut short. His condition was never going to improve; his quality of life was so limited that the kindest but incredibly heart-breaking decision was to let him go.

“On Sunday 11 August 2019 Mike took his last breath and passed away at the age of 48-years-old – leaving his family totally devastated and his friends in despair. How could a 50th celebration end in such a tragic way?

“Mike was a father, grandfather, son, brother, nephew, cousin and friend to many. Mike was full of energy, the life and soul of the party; a practical joker, generous to a fault, enjoying all aspects of life and his beloved Manchester United.

“Someone somewhere knows who this person is.

Read more: ‘So many of us owe our careers to you’ – Tributes pour in for SBTV founder Jamal Edwards

“Were you with him? Is he your friend or partner? All Mike’s family and friends want is some justice for him. The person who did this is continuing to live a full life, but he could repeat this attack on a member of your family and change your life forever!

“We as a family have a huge hole in it which can and never will be filled. Mike has missed out on so much already and will continue to do so which we cannot change. But we can change the fact that he died without justice.

“Please, please let the police know if you have any information at all, no matter how small you think it may be, it takes more than one piece to complete a jigsaw.”

Anyone with information should contact the Major Incident Team on 0161 856 6777 quoting Operation Thurston.