There's still plenty of ways for socially-distanced celebration this year. 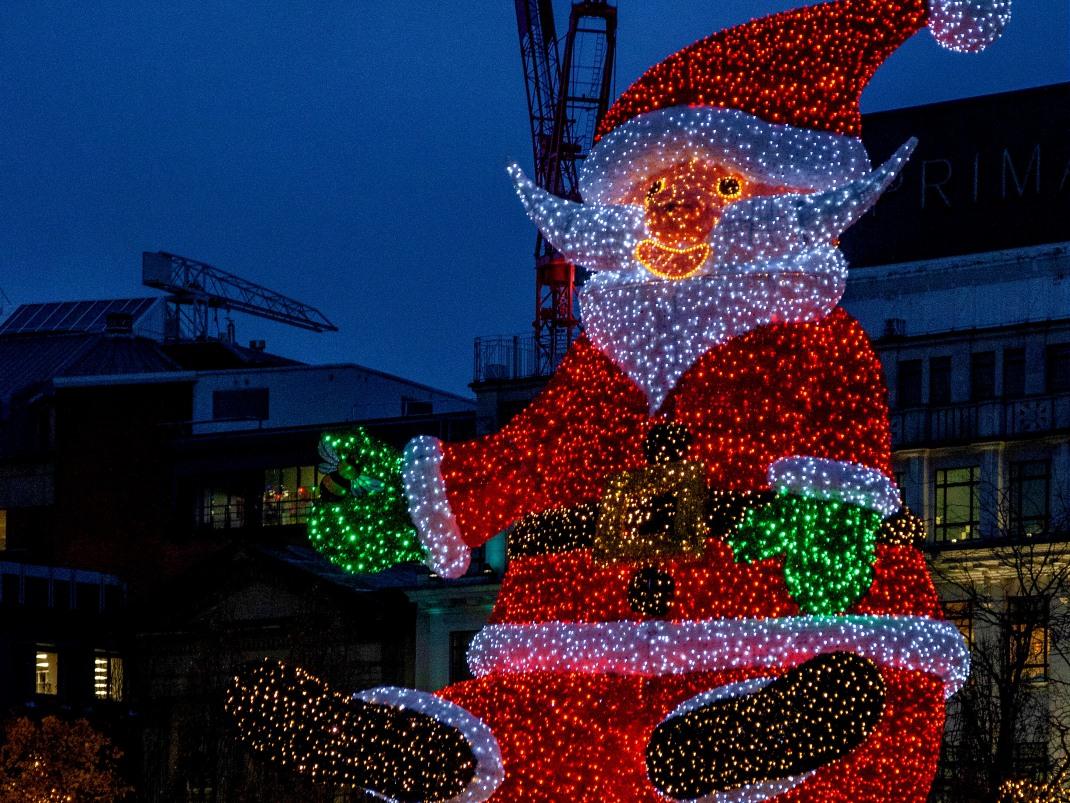 December is only a day away.

And this year, not only is December bringing the festive season along with it, but it’s also brining England’s second national lockdown to an end, with a return to the regional tiered system as part of the UK government’s COVID Winter Plan.

While some of the city’s most-notable festive events have sadly had to be cancelled this year, following the announcement that Greater Manchester will be placed under Tier 3 restrictions, there’s still plenty of ways to celebrate.

You’ll just have to go a slightly different way about it.

With everything from award-winning light and lantern festivals, to drive-in cinemas and virtual Santa’s Grottos though, you won’t be stuck for choice.

Do note that each event listed is subject to change as a result of any potential further government announcements, so it’s advised to keep informed and check the details of each event just ahead of making any trips to avoid disappointment.

The award-winning visual spectacular Lightopia is still set to return to Heaton Park under Tier 3 restrictions this December for a new, socially-distanced edition of adventures, lights, lanterns, sculptures and shows, and with Christmas very much the theme, the festival will use the stunning Grade I-listed Heaton Hall as its sparkling backdrop for all its festive merriment.

The event will operate under the ‘rule of six’ and visitors must adhere to this.

Open to the public every day (except for Christmas Day) between 5pm to 10pm, with last entry is 8.30pm daily, Lightopia will take place from Thursday 3rd December, and extend its run all the way through until Sunday 10th January.

You can find more information regarding proceedings, ticket prices, deals and COVID-safety measures ahead of your trip to the event next month here.

Tickets can be booked via the Lightopia website here.

The annual Christmas Lights Switch-On usually attracts around 20,000 people to Manchester city centre, but things will be a little different this year amid the coronavirus (COVID-19) pandemic as there’ll be no large-scale event.

That doesn’t mean the city won’t still sparkle though.

Three of Manchester’s NHS frontline heroes are performing the honours of switching on the lights this week – with this year’s illuminations including a trail of light sculptures through the city centre – and while exact switch on dates are still pending, there are plans to live-stream the whole event.

Keep your eye on the Manchester City Council website here for the latest updates.

Fancy whisking your family to the North Pole?

An immersive Christmas experience is coming to Manchester’s EventCity this winter, as ParkNParty – the team behind the hugely-successful ScareCity event – hosts a glorious festive helping of drive-in entertainment.

Christmas movies, live performers and Father Christmas himself will all be at Trafford Park from Friday 4th December, with people invited to drive through Santa’s workshop, watch the elves at work, and enter the ‘snow valley’, before settling in for a movie.

Tickets for ChristmasCity are available to buy now – priced at £40 per vehicle – with a number of COVID safety precautions set to be implemented during the event.

For more information, you can visit the ParkNParty website here.

It’s safe to say that Dunham Massey’s outdoor lights trail has become one of the region’s most popular Christmas attractions, as the after-dark event illuminates the house, gardens and parkland with twinkling tunnels, giant sparkling reindeer, colour-changing lakeside reflections and trees glittering with baubles and stars.

The event is expected to get underway on 3rd December, and run through until 10th January 2021.

A spokesperson for Dunham Massey said: “As things stand, Christmas at Dunham Massey is still going ahead. We are working within strict government guidelines and carefully considering the difficulties of opening our places to members and supporters while ensuring we do so in a safe manner.”

You can find more information on COVID-safe precautions and book tickets here.

Guests can have food delivered to their cars from a selection of stalls serving classic gourmet burgers, loaded fries, wood-fired pizzas and hot dogs, alongside sweet winter warmers such as hot chocolate, doughnuts, toasted nuts, gingerbread men and more.

Adding to the festive atmosphere will be a 60ft tall rainbow coloured Christmas tree, a giant DJing Santa Claus, and ‘the coolest reindeer to have ever left the North Pole’.

You can find more information and book tickets via The Parking Lot Social website here.

The UK’s leading indoor snow complex Chill Factore is “keeping the magic of Christmas alive” by letting children share their Christmas list with Santa via the power of video call in a virtual grotto you can visit from the comfort of your own home.

The Santa Claus Calls experience will run from Saturday 5th December – 24th December 2020 and each call will last around five minutes.

This price includes the call recording and the option to add multiple callers/screens, so that the whole family can be brought together, and you can also text SANTA to 70125 to donate £2 to Great Ormond Street Hospital Charity to support seriously ill children this Christmas time.

To book and find out more information, visit the Chill Factore website here.