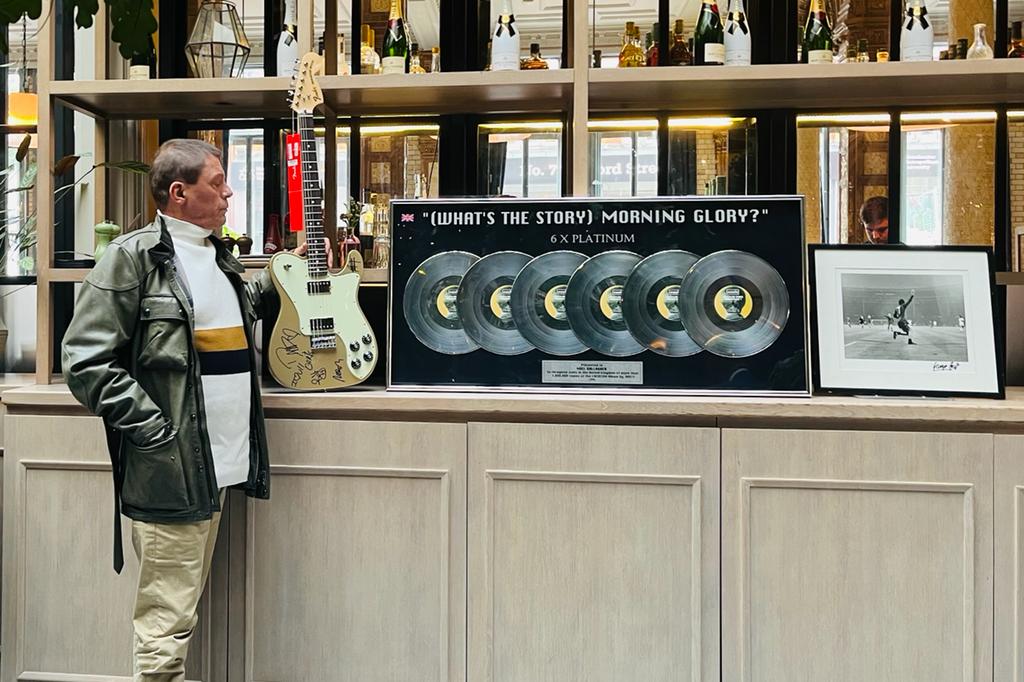 The Stone Roses’ Gary ‘Mani’ Mounfield has revealed the auction prizes for his charity fundraising event – and they’re absolutely unbelievable.

Mani and his wife Imelda announced plans for the ball at the Kimpton Clocktower Hotel ballroom back in August, which will raise money for The Christie Hospital and The Stockport NHS Charity.

As well as live music, DJs and surprise guests, all hosted by John Robb, there’ll be a huge raffle and online auction with prizes donated by bands, footballers, actors, venues and promoters.

Donations include a signed Foo Fighters guitar, signed David Beckham boots, an overnight stay and breakfast at Gary Neville’s Stock Exchange Hotel, a hand-painted John Squire guitar, signed limited edition print from Coldplay, a seven-night holiday in The Maldives, a guitar signed by Roger Daltry and Pete Townsend, a Stone Roses gold disc, a seven-night stay in a French country estate, a year’s supply of wine from Cork of the North, plus paintings, prints, restaurant dinners, and more.

The online auction will be open to everyone and will run until the week before Christmas, with all proceeds going to the pair’s chosen charities.

Imelda, who was diagnosed with stage 4 bowel cancer in November 2020, says: “Both charities have supported me through my journey.

“Cancer affects not just the person who has it but everyone around them, and I hope that by investing in some more research, we can help alleviate some of the devastation caused to families.”

The event also happens to fall during Mani’s 60th birthday week, so promises to be celebratory as well as fundraising.

Mani said: “When life deals you a pair of twos, you have to get your game face on! These past two years since Imelda’s diagnosis have been brutal in so many ways, but it’s also opened our eyes to so many things as well.

“This disease needs to be eradicated – we feel duty-bound to do our bit to achieve this. So, everybody get on board, dig deep, help out. We will win!”

Mani and Imelda’s fundraising event will take place on Friday 18 November, and tickets go on sale at 9am today (Monday 10 October) here.